What if the entire planet lived in one city?

Liam Young explains the philosophy behind the imagined cities of his projects, such as Planet City or New City: “an exaggerated version of the present”. 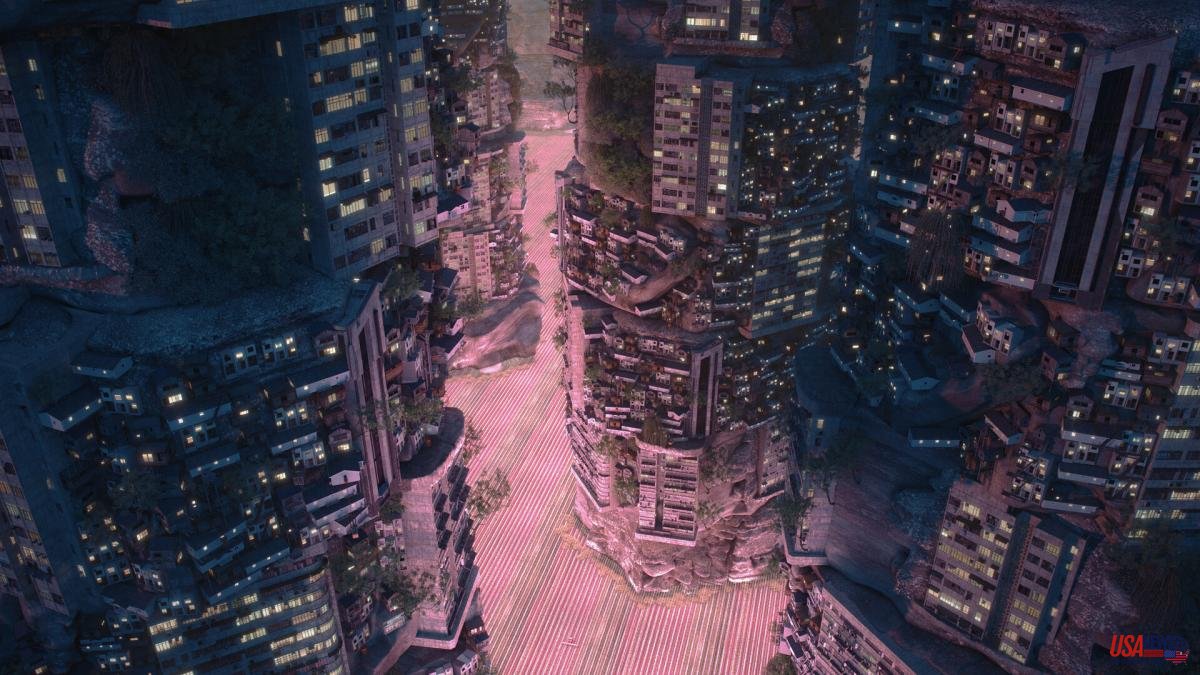 Liam Young explains the philosophy behind the imagined cities of his projects, such as Planet City or New City: “an exaggerated version of the present”. Yes, but not so exaggerated. There is a moment in New City, a set of videos lasting less than a minute, when we see how an Asian city has become a gigantic packaging center: the belts in which the packages are transported articulate the landscape as if It was a roller coaster, the boxes are stacked forming hills. Exaggerated, but if you think of Amazon or Alibaba not so much.

Since he left his job as a construction architect to become a speculator, Liam Young (Australia, 1979) has created worlds very much like this, based on an exhaustive investigation of the functioning of societies and the way in which the use we make of technologies transforms, worlds from which, acting as “visionaries and reporters, documentary filmmakers and science fiction fortune tellers”, they can find a distanced point of view to study the “environmental consequences” of what we are creating.

Working with the late Pritzker laureate Zaha Hadid, Young's career seemed destined for the construction of imposing buildings, until he realized that architecture "was not capable of engaging with the changes that were happening in cities." In 2008, he created the Tomorrows Thoughts Today research group in London, which works by integrating science, technology and design to build fictional spaces, a field, worldbuilding, which since the 1960s and 1970s has focused in sociocultural issues, moving away from the traditional concept of architecture: his projects go beyond the limits of real construction to propose scenarios of fictitious futures based on real events.

The large videos that are projected on the walls of the Espacio Fundación Telefónica point to and reflect on showing alternative futures fueled by new technologies but also by new political and social structures. In New City, these urban dystopias move between the documentary and the visionary: cities owned by technology corporations, a town inhabited entirely by machines, or a floating city in the Pacific that drifts outside national laws. In reality, this moving mass already exists, only it is made up of garbage. Our garbage.

There is also a lot of reality in Where the city can't see (2019), the first fiction film recorded entirely with laser scanners or LiDAR, a system that emits pulses of light not visible to the human eye, forming a cloud of points generated by from the different shots made; In the short, a group of people try to escape the surveillance of the robots by wearing anti-facial recognition masks and camouflage clothing that LiDAR cannot read, making them invisible to programs and machines.

This idea of ​​control by technology underlies several of the films as a reality that, paradoxically, we can only confront using the same weapons; another example is In the robot skies (2018), again a pioneering work, since it is the first film shot entirely with autonomous drones programmed to imitate cinema: in a future London, two teenagers remain confined to their homes by the police , who monitors them using drones, but these same young people use a hacked and graffiti-covered drone to exchange notes and messages with each other.

Perhaps in the context of climate change, the most emblematic film is Planet City (2021): what would happen if an agreement was reached for all of humanity to settle in a single megapolis? Liam Young studies what a city that houses 10,000 million people would mean in 0.02 percent of the earth's surface, leaving the remaining 99.98 percent free of human presence to allow the planet to regenerate itself. A utopia/dystopia? No, because the project is far from technological-utopian fiction: an international team of scientists, theoreticians and environmental advisers collaborated in its conception.

More importantly, as Liam Young explains: Planet City is "built entirely from sustainable technologies that are already here, but simply lack the investment or political will to implement them on a large scale. To a large extent, all the necessary systems to mitigate the effects of climate change or even reverse it have been around for years.” We will be late.