What has not been closed

I was surprised that, after the departure of Junts from the Government of the Generalitat, some sentenced the end of what we have called the procés. 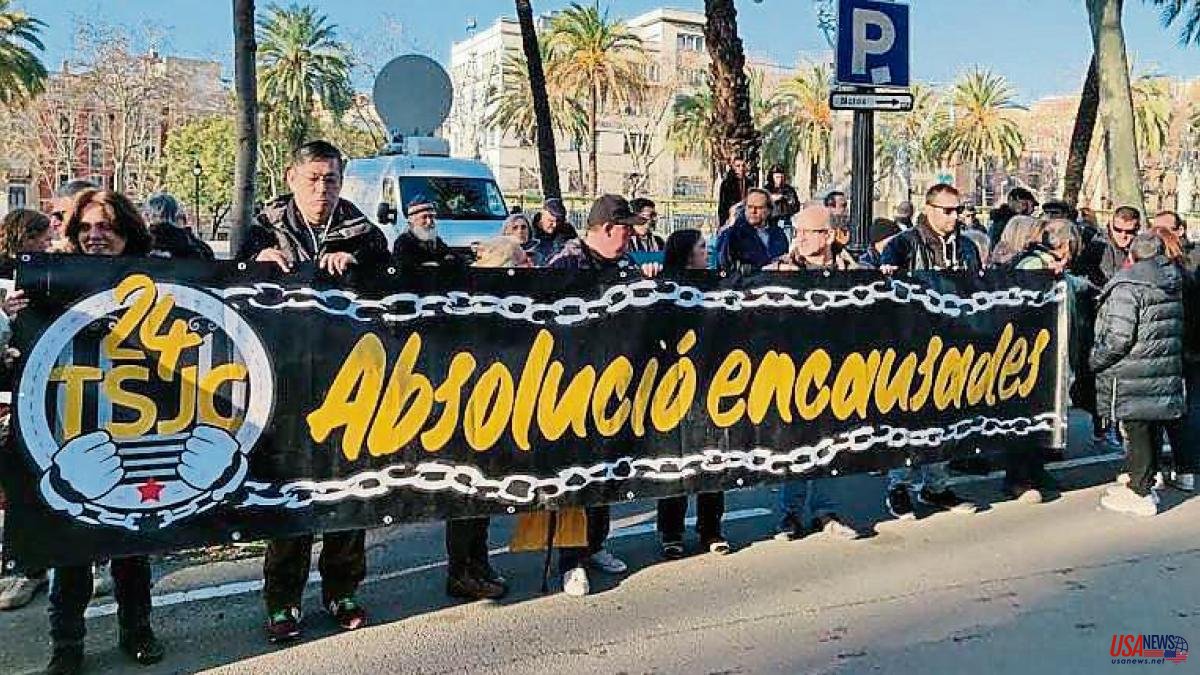 I was surprised that, after the departure of Junts from the Government of the Generalitat, some sentenced the end of what we have called the procés. I was particularly struck by the statement by someone as knowledgeable as Jordi Sànchez, former Secretary General of the party founded by Carles Puigdemont. "Now we can say that the procés has definitely been closed", assured someone who has been in the front row, first as leader of the Catalan National Assembly and, later, as the main strategist of the space articulated on the converging site. In my view, the journey that was the pro-independence process ended in October 2017, with the application of article 155 of the Constitution and the call for regional elections by the central government. We have been in another stage for a long time.

Why is it interesting to clearly establish when the procés ends? Because the logic that organizes Catalan politics between 2012 and 2017 is not the logic of today. Let's remember: the procés tries to achieve an authorized Scottish-style referendum so that Catalan society pronounces on the possibility of creating a new State. That never entered into the calculations of the popular Cabinet. The holding of the unilateral referendum on October 1 transfers to the bases of the movement the implicit assumption that, given Rajoy's refusal to negotiate an agreed consultation framework, the disobedient ballot boxes will create a shortcut for an eventual secession by way of deeds. That message stems from a phrase that became the banner of Puigdemont's presidency: "Referendum or referendum." At that time, postconvergents and Republicans implied that a massive mobilization would allow access to the disconnection button.

What happened we already know. The unilateral declaration of independence, purely symbolic, did not disconnect anything, but the judicial punitive machinery was activated with the same zeal that it would have done if the Spanish flag had been lowered from the Palau de la Generalitat. The independence movement created a representation without any effect on reality, but this did not alter the terrifying story of the prosecutors or the sentences that were handed down against their leaders.

The regional elections of December 2017, which Puigdemont won from exile, created the mirage of the continuity of the procés, although in reality they demonstrated something else: that the Catalan dispute had not subsided and that all those who confused the end were misled. processism with the solution of a very complex and deep-rooted historical conflict. The failed investitures up to that of Quim Torra gave rise to a lot of noise and that maintained the mirage, something that happened again – in a much more pronounced way – when the Supreme Court rulings provoked, in October 2019, the protests that were baptized like the battle of Urquinaona, of a very different character from the massive demonstrations of the revolta dels somriures. On the other hand, President Torra's overreaction with the banners also led to misunderstanding.

With the subsequent elections, which give ERC a small advantage over Junts, some want to see the continuity of the procés from the underlining of 52% of pro-independence seats in Parliament, a percentage that only served to invest Pere Aragonès. The brief bipartite ERC-Junts Government was the last expression of the mirage of a procés so resistant that it could extend beyond jail, exile, pardons, the dialogue table and the geometries of independence in the Congress of Deputies. The departure of Junts from the regional Executive has pulverized the hologram and has made it visible that the strategy that started with Artur Mas advancing elections did not overcome the collapse caused by repression and self-deception.

Goodbye to the procés, but the Catalan problem lives on. Even if certain pro-independence leaders are obstinate in dedicating themselves to internal disputes and hen-like struggles, oscillating between ridicule and melancholy. The procés is now history, but no one should be confused: the deep wound –to put it in the manner of Isaiah Berlin– from which the evident Catalan disaffection stems has not been closed nor will it be in the short or medium term. That will not disappear overnight, neither due to the effects of the pandemic, nor due to the impact of the crisis generated by the war in Ukraine.