What goes up and what goes down from today

Pensions, the minimum wage (SMI) or the minimum vital income (IMV) register increases from this Sunday, January 1, the day on which the reduction or suppression of VAT on some foods also begins to be applied, which will cause them to become cheaper . 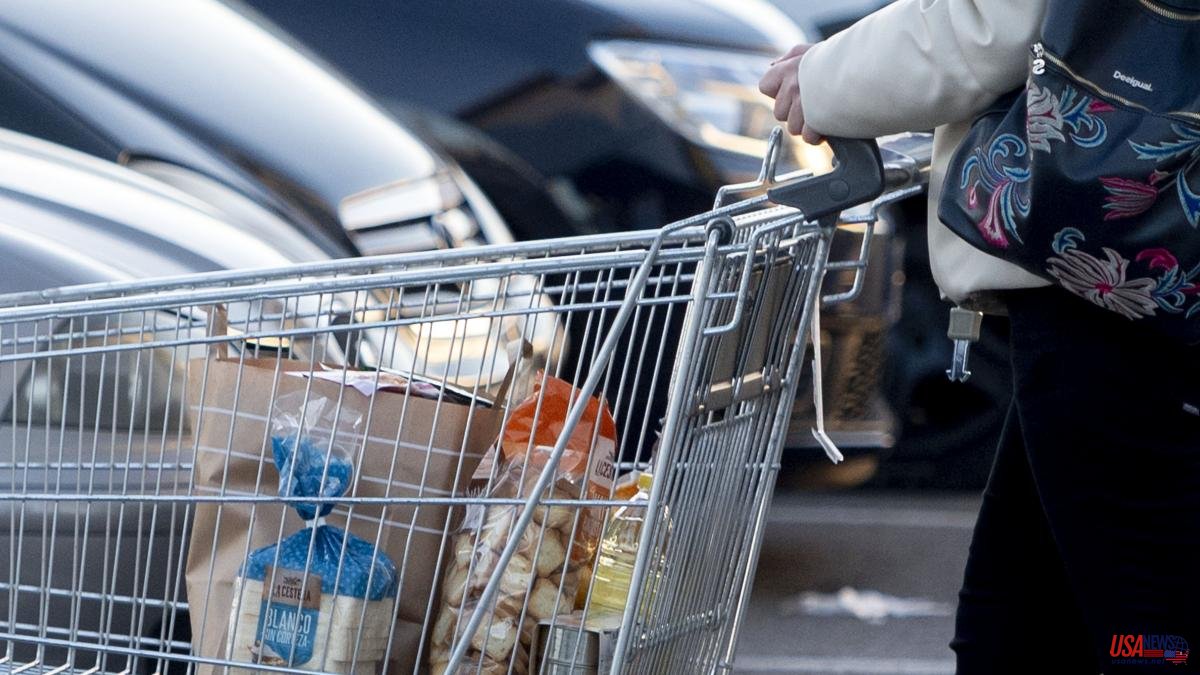 Pensions, the minimum wage (SMI) or the minimum vital income (IMV) register increases from this Sunday, January 1, the day on which the reduction or suppression of VAT on some foods also begins to be applied, which will cause them to become cheaper .

Here are some items of everyday life that are going up, down, or staying the same with the start of 2023.

The increase in pensions in 2023 will be 8.5%, a revaluation that was calculated with the inflation data for November and that will be applied to the contributory and those of the passive classes.

Non-contributory pensions will increase by 15% as agreed by the Government with EH Bildu in the framework of budget negotiations in Congress.

However, the negotiations will continue in January, since the unions have requested that the increase be 10% and the employers, 4%. The application of the increase, when approved, will be made with retroactive effect as of January 1.

The maximum contribution base will also be revalued in 2023 by 8.5%. Added to this increase is the entry into force of the intergenerational equity mechanism (MEI) which entails an increase of 0.6 points in contributions, of which 0.5 points will be paid by the company and 0.1 by the worker.

In 2023, 60% of the regulatory base of the unemployment benefit is also recovered from 6 months. It will benefit some 300,000 people with an improvement in the benefit of 100 euros more on average per month.

The budget for 2023 contemplates a salary increase of 2.5% for public employees, plus another variable point that will be conditional on inflation in 2022 and 2023 and the increase in GDP in both years.

The minimum vital income (IMV) rises by 15% as of next year, up to 565.37 euros per month, to which an additional supplement will have to be added depending on the number of minors in the home and their ages.

From January 1, VAT is eliminated from basic foods such as bread, bread-making flour, milk, cheese, eggs, fruit, vegetables, legumes, potatoes and cereals, while it is reduced by half, from 10% to 5%, in oils and pastes.

The year begins with a rise in the regulated gas rate, the rate of last resort (TUR), which for the first quarter of 2023 rises on average by 8.67% in individual rates.

For an average customer who has TUR 1 -for consumption less than or equal to 5,000 kilowatt hours (KWh) per year with hot water- the revision means an increase of 7.54% in their annual bill without taxes.

Neighborhood TUR rates will notice a decrease in the new year, which will be between 1.7 and 2%, depending on consumption.

The butane cylinder will start the year at 18.58 euros and its price will be reviewed again on the third Tuesday of January 2023, although until June 30 it will continue to be limited to a maximum of 19.55 euros.

As for electricity, the tolls that are included in the bill (destined to cover the costs of the networks and the remuneration to the distribution and transmission companies for their investments) will drop by 1.05% on average in 2023.

In the case of bill charges (destined to cover the premiums for renewables, half of the additional costs of extra-peninsular electrical systems and the annual payments for the electrical system deficit), the Ministry for Ecological Transition has proposed lowering them by 9 .21% by 2023.

Without the Government discount, which meant around 11 euros less when filling an average tank of 55 liters and which generally decreases with the change of year, since it will only be maintained for professional groups and road transport, gasoline cost the last week 1,565 euros on average in Spain and diesel 1,643 euros.

Airport fees, which are reflected in the price of plane tickets, are frozen as of March 2023, determining that the maximum income per adjusted passenger (imaaj) is 9.77 euros.

On trains, the price of single tickets for Cercanías, Media Distancia Convencional and Avant will continue to be frozen in 2023, after the Government, after extending the free public transport and discounts for regular travelers, has decided, one more year, don't check the rates.

The free Cercanías, Rodalies and conventional Renfe Media Distancia tickets, as well as the 50% discounts on Avant passes have been extended for one year.

In buses, with the approval of the free subscriptions and multi-trip tickets for the state-owned lines in 2023 and given that the recurrence conditions are very flexible, the situation of single tickets has not yet been addressed.

The Ministry has financed 50% discounts on season tickets and multi-trip tickets for 42 state-owned intercity bus lines between September 1 and December 31, 2022, a measure that is extended for one more month, for, starting next February 1, give way to its free, in order to avoid asymmetries between the different modes of land transport.

As of January 1, the new Correos rates will enter into force, so the price of each ordinary national letter weighing up to 30 grams, the most widely used product, will increase by 4%, or 3 euro cents, from to have a rate of 0.78 euros.