What Dua Lipa will offer tonight in Barcelona

After two failed attempts due to the pandemic, the British singer Dua Lipa performs today at the Palau Sant Jordi from 9:00 p. 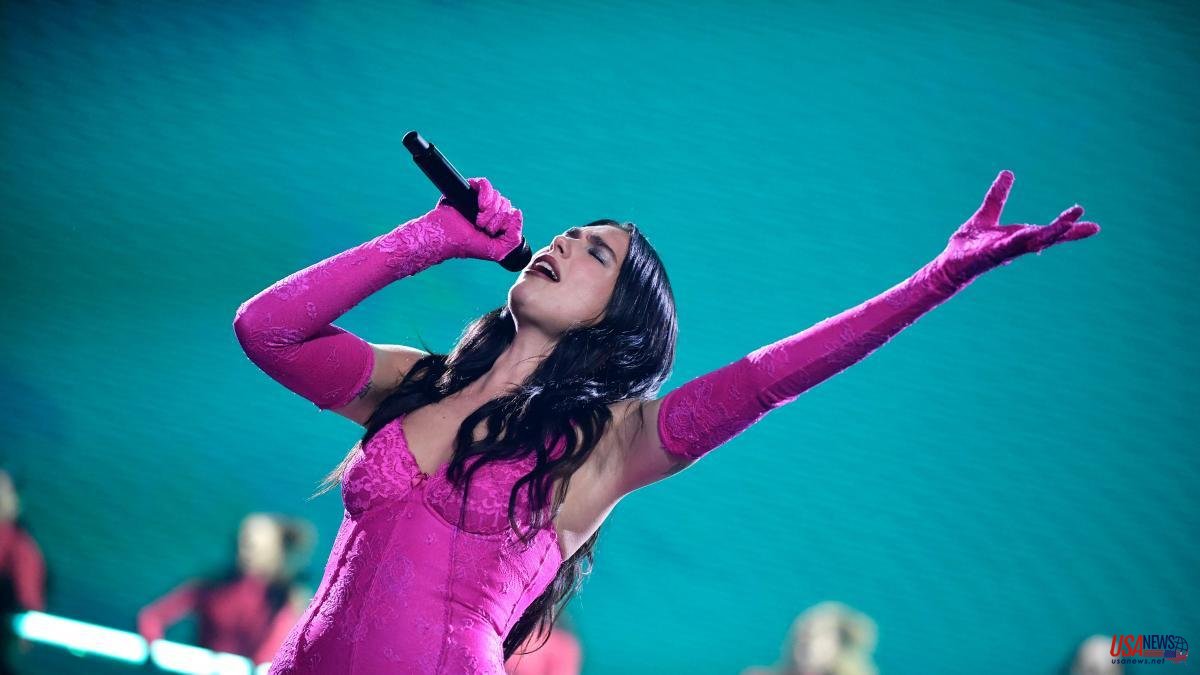 After two failed attempts due to the pandemic, the British singer Dua Lipa performs today at the Palau Sant Jordi from 9:00 p.m. and with all tickets sold. An evening that will open for the English singer and songwriter Griff, whose set is announced for 7:45 p.m.

The presence of the singer-songwriter of Kosovar Albanian origin – and a star on the international circuit thanks to songs like Don't start now – will be repeated in the Catalan capital on June 9. Her spectacular show on that occasion will be part of the second weekend of the Primavera Sound festival (12:50 am), at the Parc del Fòrum.

The British star is involved in The Future Nostalgia Tour, the tour that should have accompanied the appearance of the last album of the same title at the time (March 2020), and that for pandemic reasons was postponed on a couple of occasions.

Now it is finally going to offer its two Spanish dates, today in Barcelona and on Friday at the WiZink in Madrid.

Accompanied by a large band as well as a spectacular chorographic apparatus, Lipa's concert is that of the big leagues on the circuit.

And wide also in his repertoire. In the last concert offered, this past Monday in Lyon, the singer-songwriter performed and also danced a total of 17 songs, including two encores, which as expected were Future Nostalgia and

Before that, he did a very intense review of his last album, a couple of cuts by Dua Lipa (Be the one and

New rules) as well as two versions, Cold heart by Elton John and One kiss, originally sung by Calvin Harris with his collaboration.

It will therefore be like an immersion in the Dua Lipa universe, with that aforementioned repertoire that has made her a hit star and that starts with the theme Physical, with a show that is very coupled at the choreographic, sound and light level one evening, and with a production that has been missing on the Barcelona stages since pre-pandemic times.

A display, in any case, in keeping with its enormous popularity. Artistically speaking, with only two albums in her repertoire, she has already received numerous awards such as BRIT Awards, MTV Music Awards and two Grammy Awards.

And her self-titled debut album officially became the most streamed by a female artist in Spotify history and she's also the youngest female artist to reach 1 billion views on YouTube.