What does the new bombing of Ukraine mean?

Yesterday's missile attacks on much of Ukraine's territory - a dozen provinces, four large cities - gave the impression that Russia was returning to terror bombing as in the first phase of the war. 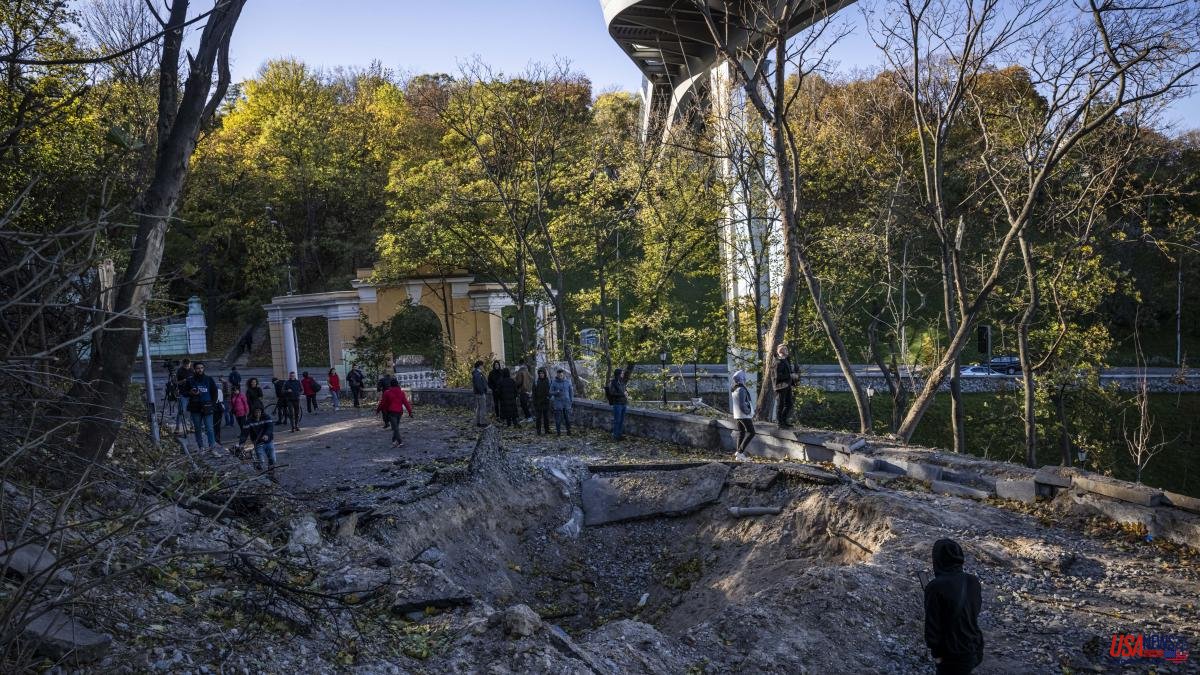 Yesterday's missile attacks on much of Ukraine's territory - a dozen provinces, four large cities - gave the impression that Russia was returning to terror bombing as in the first phase of the war. Only in the capital, Kyiv, up to 71 affected buildings were counted last night, 45 of them residential, and the rest including educational institutions, museums and even the headquarters of the philharmonic orchestra. The Ukrainian government recognized 11 dead and 87 wounded.

In good law, it is indeed about terror bombings, and the Ukrainian intelligence services said that it was the letter of introduction of the new Russian operational chief in Ukraine, General Sergei Surovikin, with a military career that includes Grozny, Aleppo and Mariupol.

Ukraine claimed to have shot down 43 of the 83 missiles fired by Russia. But General Surovikin seemed to have achieved his objectives. How he managed it can be understood from the following strategy, revealed yesterday by the independent Russian outlet Novaya Gazeta.Europa.

Taking into account that the Ukrainian anti-aircraft defense works with good effectiveness, it is a question of "saturating" its capacity with the first shots. If the missiles are directed at cities, and therefore at civilian targets, the anti-aircraft defense will react urgently and, busy with this task, will not have time to act against the projectiles that are directed at military targets or infrastructures.

If, as is supposed, Russia would be relatively short of precision missiles, these will be reserved for really important targets, and unguided missiles -and also the oldest or least valuable in the arsenal- are the ones that will be used for indiscriminate attack in urban areas, in yesterday's case notoriously in the very center of the Ukrainian capital. In this regard, we must remember how months ago Kharkiv suffered attacks using the "double tap" practice, consisting of bombing the same target a second time - five, ten or twenty minutes after the first barrage - in order to cause the greatest possible number of victims as soon as the rescue services arrive.

Business card or not by General Surovikin, if his intention is to cause a major blackout in Ukraine, these attacks could follow.