What does a festival bring to a city?

Due to professional deformation, I stand in front of a world map and instead of cities I see music festivals. 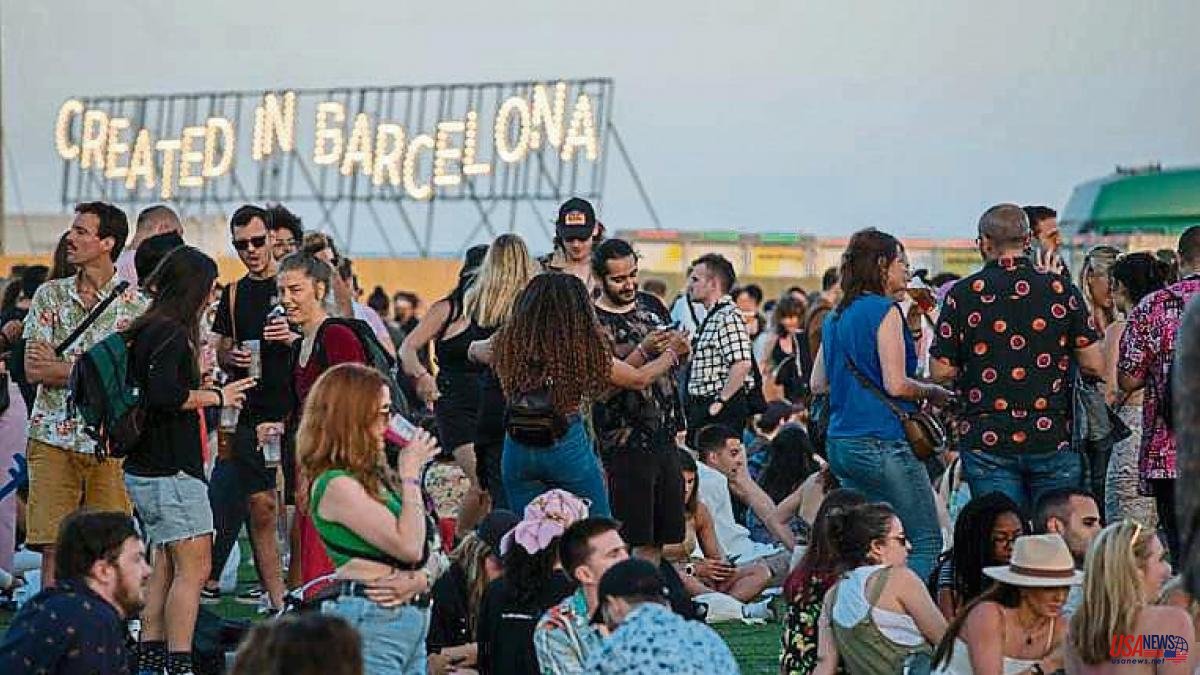 Due to professional deformation, I stand in front of a world map and instead of cities I see music festivals. Before Indio, Manchester, Paris, Chicago, Miami or HIlvarenbeek, I think of Coachella, Parklife, We Love Green, Lollapalooza, Ultra or Best Kept Secret. My head already works like this automatically. There will be those who see archaeological museums, soccer teams that have won the European Cup, Michelin-starred restaurants, fashion weeks or Formula 1 World Cup venues, but I want to believe that I am not alone in my obsession. I want to believe that a music festival puts you on the map. That there are those who have learned the coordinates of Barcelona since they know Primavera Sound. And, if anyone asks me, I have it clear: I can think of few better reasons for the world to look at you than a music festival.

I say this still immersed in euphoria from everything that happened at Primavera Sound 2022, on the historic twentieth anniversary of twelve days that the public, artists, organization and music industry in general deserved after two courses in silence, but we could talk again in six months and my opinion would remain the same. We can do the test: find me in a concert hall and ask me. Because, as I see it, the effect of a music festival should not be limited to one venue and a few days in the calendar. Primavera Sound is not just half a million attendees from 139 different countries leaving an economic impact of 349 million euros in Barcelona. Sometimes distorting the usual rhythm of the city, of course, but also filling hotels, traveling by taxi, eating and dining daily, visiting bookstores, buying new shoes, entering an exhibition.

All this happens around live music and we are very proud to promote cultural tourism that goes beyond the sun and the beach, but we want more. I cannot conceive of arriving, mounting, dismounting and leaving without looking back. Barcelona welcomes us with its proven ability to organize major events and, as long as we are allowed, our desire is to work so that the synergy that drives one of the largest festivals on the planet also serves to develop a solid industrial and cultural fabric. In the same way that it is said that everyone who bought the Velvet album started a group, we know that in a meeting point as inspiring as Primavera Sound new musical projects are born. Bands and artists that in the future will need rooms to stage their concerts, which in turn will give work to promoters, technicians, suppliers, security personnel, music journalists... We like to participate in that flow that generates community in our city.

The festivals in which I believe, with which I identify myself, plant a seed on certain dates and then harvest its fruits throughout the year to share them with their surroundings. This is what we have been doing here for more than two decades, what we have been trying to do in Porto since 2012 and what we will try to do in Los Angeles, São Paulo, Santiago de Chile and Buenos Aires starting in September, exporting the Barcelona model, although Barcelona there is only one. Also what we have proposed to do in Madrid from 2023, after familiarizing ourselves closely with the Madrid circuit thanks to the venue tours that we organize during the four seasons.

I definitely hope I'm not alone in my obsession: a map that sounds, one that takes you from festival to festival and room to room sharing experiences, is a better map.