What are the secrets of the Borsí, the neoclassical building of the Gòtic?

The one known as Borsí is a monumental neoclassical building that is part of the list of closed and unused historic buildings in Barcelona. 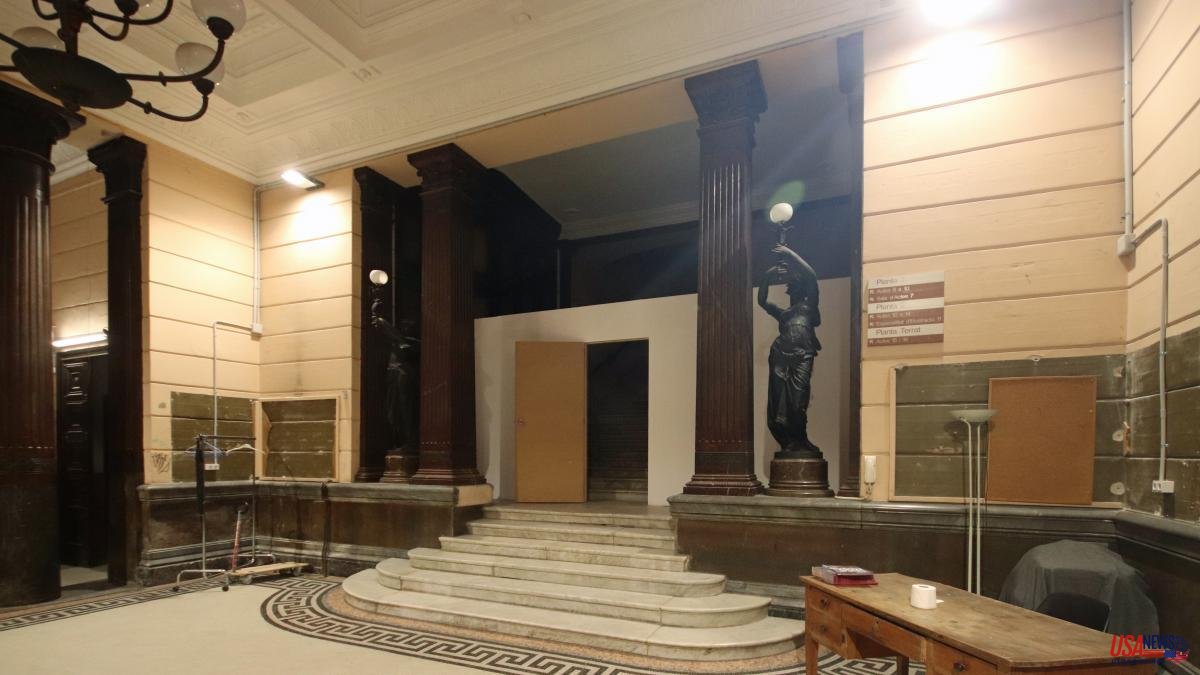 The one known as Borsí is a monumental neoclassical building that is part of the list of closed and unused historic buildings in Barcelona. It stands in the small Plaza de la Verónica, on Avinyó street. For years it housed stock market activities, hence its name, and later it was a school of fine arts, until in 2009 the partial collapse of a roof made it advisable to put an end to this activity. Today it is municipal property waiting to develop a project that will give it a new citizen use.

El Borsí was built between 1881 and 1883 by the master builder Tiberi Sabater as the headquarters of the Mercantile Casino, an association that brought together stockbrokers, bankers and merchants that acted parallel to the activity of the official Stock Market, which took place in the Gothic room of the Llotja. The entity operated until the civil war.

In 1940, Franco's authorities did not allow it to reopen, and the building was used for the School of Fine Arts, which in the 1960s became the Escola d'Arts Aplicades i Oficis de la Llotja. The title still survives on the main façade.

The interior, waiting to be restored, maintains its classic appearance, with large rooms in which there are still remains of the artistic training activity that took place up to 12 years ago. Thus, one finds remains of furniture, dozens of abandoned easels, hundreds of drawings made by students and even a mannequin for drawing practice sitting on the floor.

Currently there is a great lack of light and some emblematic rooms, such as the magnificent hall where the exchange operations took place, surrounded by columns and presided over by a splendid clock that is still standing today. Despite the almost absolute darkness of the space, it is possible to admire its magnificence in the shadows.

A ground floor from which a beautiful noble staircase starts and two upper floors, as well as a basement, make up the building. The last big surprise is on the terrace, from which you can admire a set of arches that frame an unusual and unique view of Ciutat Vella.

Until not long ago, the Borsí was owned by the Generalitat, when the idea of ​​turning it into a museum dedicated to Woody Allen was launched, which did not come to fruition in part due to neighborhood opposition, which demanded a facility for the neighborhood.

Finally, after a swap, the building has passed into the hands of the City Council, which is working on a project for citizen use that will include the Andreu Nin library. Until then, it will still remain closed for a while.