Werner Holzwarth: thirty years talking about poop to the little ones 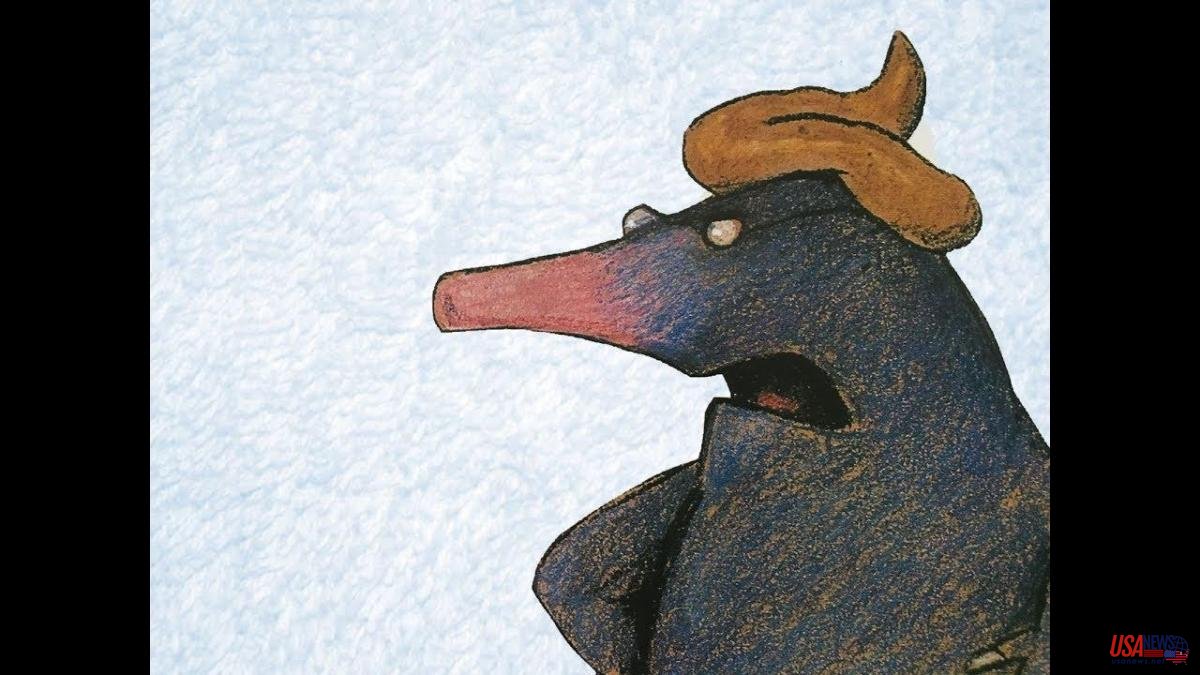 Four million stories sold worldwide and translated into 35 languages. It is said soon. And all for talking about poop. A theme for which the German author Werner Holzwarth (Winnenden, Germany, 1947) has received as many thanks as reproaches. The first, to normalize the power to talk about the subject. The seconds, precisely for talking about a topic that many call disgusting.

But when it comes to stories, children rule the roost, and The Mole Who Wanted to Know Who Had Done That to His Head is by far the most successful book on the subject in recent decades. Thirty years after its creation, El Topo even has fan clubs all over the world.

The story, so simple, is simply wonderful. And hilarious. The short-sighted Mr. Mole, just emerging from his burrow, notices that something similar to a stinky brown sausage whose owner he has failed to recognize has fallen on his head. So he goes animal by animal (cow, goat, pig, rabbit...) to see who he was. Given that his investigation is not bearing fruit, he goes to the specialists: the flies, who point him out to the butcher's big dog, taking a nap at the time.

Mr. Mole wants to pay him back in kind, so he positions himself so he drops a little shit on the dog, so tiny that the dog doesn't flinch. The mole is satisfied, but the comparison between the two results is simply and hilariously ridiculous. "It is not a revenge -summarizes the author-. It is the fact that children should not allow everything".

Werner Holzwarth has recently visited the Tecla Sala library in l'Hospitalet de Llobregat for an interesting exhibition (open until June 9 and ) that commemorates 30 years since the publication of El topo..., and celebrates diversity Linguistics by comparing the translations of the book in multiple languages, and how the translators have solved the challenge of not mentioning the word poop in the entire story, thus respecting the original in German. Because Holzmarth used metaphor and irony to tell his three-year-old son a story in which the protagonists were poop and a dog. That was the origin of the successful story.

Apparently, father and son had a tradition: every night the boy, Julián, proposed some words with which the father had to elaborate a narrative. That day, following an incident in the park in which two Doberman dogs appeared, one of which relieved himself in the middle of where the little ones were playing, Julián wanted his story to evoke what happened. And so the mole, the dog and the big dung arose. "Julián found the story disgusting, so disgusting that he wanted to listen to it every night," explains the author. And it became a best-seller in his nursery.

"There are places in the world where poop is not accepted naturally. Imagine 30 years ago, it was almost a taboo," says the German author, a publicist by profession, who only with the intuition of having a good story in his hands left the editorial in editorial to sell his story during the celebration of the Frankfurt Book Fair. Nobody bought it.

He repeated the following year and only a small publisher dared to talk about it if Holzwarth found an illustrator on his own. The then publicist hired a co-worker, a guy who made caricatures in his company, a certain Wolf Erlbruch, who ended up winning the Hans Christian Andersen prize for illustration in 2006. The mole of the story was the beginning of a meteoric career , and the story itself "the most stolen book of the next edition of the Frankfurt Fair". It was 1989, remembers its creator.

A story that today has been taken to the theater, to animated films and even to the political scene where it is rare for a month that the illustration of the mole is not used as a recurring image in memes with faces of politicians, especially in Germany. "When I die, this will be what's left of me," he says sarcastically. And it is that not every day one can start a conference saying: "It is an honor to be here and talk about poop". Werner Holzwarth says it every time he is invited to talk about his 'mole'.