Weavers: from the domestic to the revolution

When the Bauhaus school opened its doors a little over a hundred years ago, it gloried in its policy of equality of the sexes, but it was not exactly like that: female students were directed to the weaving or pottery workshops even if they had expressed a penchant for metallurgy or architecture. 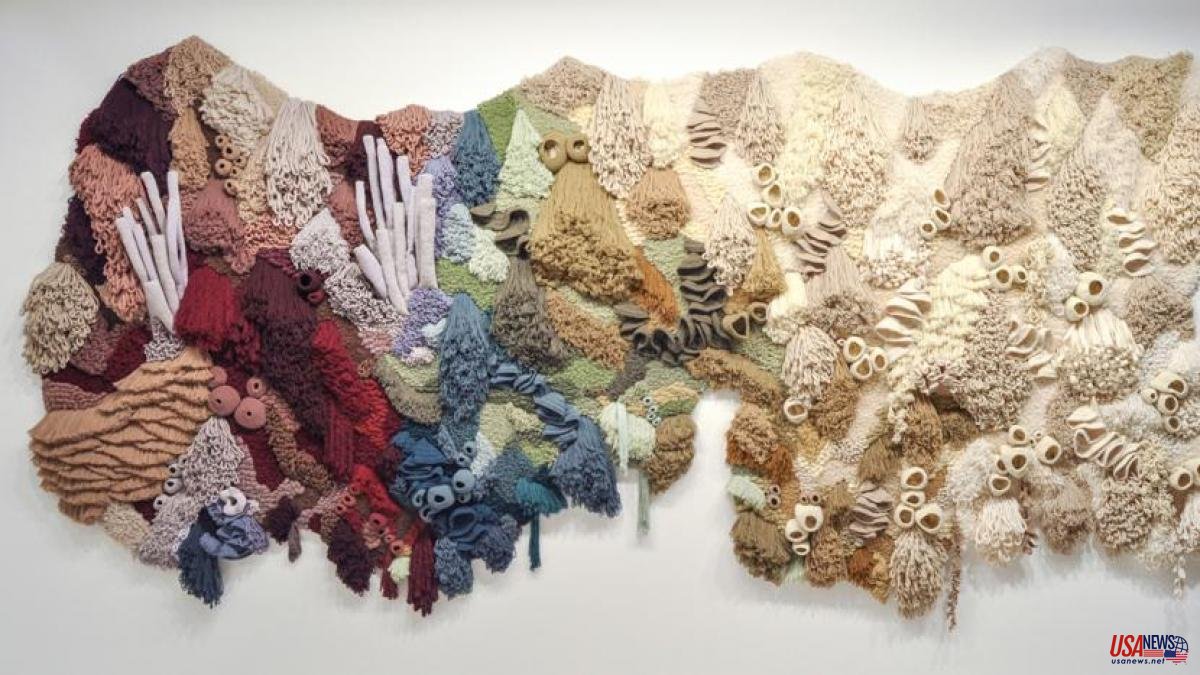 When the Bauhaus school opened its doors a little over a hundred years ago, it gloried in its policy of equality of the sexes, but it was not exactly like that: female students were directed to the weaving or pottery workshops even if they had expressed a penchant for metallurgy or architecture. Knitting was a women's thing, and if that and by the way, art, but less so. And yet nobody questioned, then or now, that the set of tapestries of The Lady and the Unicorn, preserved in the Cluny Museum, constitutes one of the great works of the Middle Ages.

Textiles have always been part of social life, their role of providing shelter was soon added to the ornamental and in all cultures, from Peruvian woven carpets and tapestries of the Quechua tradition, to silk work in China, while that in Japan or in the Ottoman Empire these fabrics were a social distinctive. The weavers enjoyed a recognition that was not alien to the fact that both the threads and the fabrics were made by hand, something that changed with the industrial revolution, and with it the consideration of their practice, now reduced to the domestic space and, therefore, to women.

Precisely from the Bauhaus, Anni Albers turned fiber art upside down, reformulating it with her research on motifs and fabrics, printing techniques and the figure of the designer, turned artist. Albers led the way, but it was not until the feminist movements of the 1960s and 1970s that textile art was recognized as such. The late Barcelona artist Aurèlia Muñoz was one of the essential figures in this renovation. She was part of the La Nouvelle Tapisserie and Fiber Sculptures renovation movements in the 1960s, and her works range from large installations to three-dimensional sculptures in small and medium formats.

In the United States, Faith Ringgold (1930) took up the black community's tradition of quilts or patchwork quilts to make them narrative and denounce racial violence through her scenes. With Ringgold becoming an icon, this line of documentary quilt has been adopted by Bisa Butler, who recreates photographs of her on her quilts, sometimes of anonymous people, sometimes of her own family. The South African Billie Zangewa has also taken this direction, focusing on motherhood and the situation of black women.

In a radically different line, the North American Sheila Hicks (1934), a student of Anni Albers when she settled at Yale with her husband Josef, has explored the frontiers between weaving and sculpture in her large installations, tapestries and woven columns that range from ceiling to floor, in vibrant colors.

Starting in the 1980s, textile arts developed new forms and explored languages ​​close to the conceptual while experimenting with techniques and materials; At the same time, procedures such as crochet, quilting or embroidery are recovered, now used with new critical approaches from feminism and gender and identity politics. The Portuguese Joana Vasconcelos incorporates crochet to treat femininity, the German Alexandra Bircken assembles fabrics with other materials, such as wood and found objects, Judith Scott (USA) is known for her complex sculptural works, as is Sarah Zapata, who uses the practices of the Andean tradition, where it originates from, to create rugs that rise like sculptures. And in our country Belén Rodríguez (Valladolid, 1981) uses threads and fabrics in installations and in very particular sculptures, Nora Aurrekoetxea (Bilbao, 1989), resident in Holland, or Sonia Nvarro (Puerto Lumbreras, 1975).