Where's Wally?, we asked ourselves many years ago when faced with the dilemma of the page full of tiny figures in different attitudes. 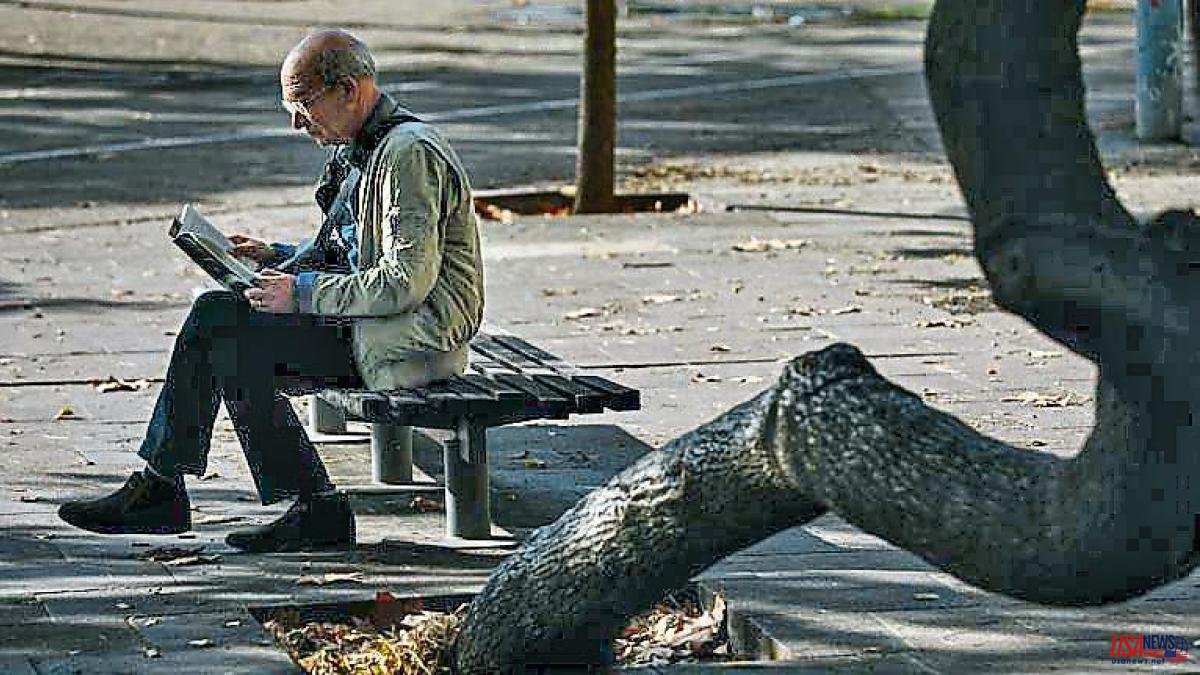 Where's Wally?, we asked ourselves many years ago when faced with the dilemma of the page full of tiny figures in different attitudes. Martin Handford gave this generic title to a collection of children's books where he invited us on an adventure to find a protagonist, Wally, dressed in blue trousers, red and white striped shirt. We had to rescue the individual from the crowd, to differentiate him in the midst of chaos. Sometimes it wasn't easy at all.

Perhaps Wally's success consisted in having made a metaphor for today's world, where it is so complicated to distinguish what is named and known from what is anonymous, only a small part of the mass that makes everything homogeneous.

It would be interesting, using Handford, to make a collection of books entitled: Where is the reader? Imagine the page of a large format book full of figures and objects. Each one should be related to characters who talk on the mobile phone, send watsaps, watch series on a tablet, play computer games... and a long list of virtual or technological experiences.

In any corner, there would be a character with his face buried in the pages of a book. A simple reader of a vulgar paper book, of those that accompany us from the bedside table or the bottom of the bag, that smell of ink, in which we can underline sentences that reach our hearts, or lose there are bus tickets, cinema tickets or rose petals. Books that we fill with sand when we read them on the beach, or that we keep like a treasure, determined to re-read them because they have moved us and are part of our lives.

With these books in our hands, we transform into Bastian, the protagonist of Ende's endless story: that insecure boy, victim of bullying at school, whom the magic of literature transformed into a true hero.

Let's imagine an invented version of Where is the reader? We rush through the pages with a curious, eager look. It is very difficult to find the character you read among those who follow series, play galactic battles, create avatars or record voice messages. The technological multitude dilutes the individual book reader, who resists disappearing and takes his place, stubbornly, on the page. It is the reader who survives, who refuses to disappear. It is all of us, determined not to abandon stories, convinced of the truth of Gianni Rodari's words: “I believe that stories, old and new, can help educate the mind. The fairy tale is the place of all hypotheses”.

The return to the world after the pandemic has been progressive, but also strange. Seeing the theaters with audiences again, the cinemas occupied by spectators, the packed conference rooms and the presentations of a book with a reading public still amazes me. It's funny how situations that we took for granted, obvious and unimportant come to surprise us, but it turns out they weren't.

Technologies are devouring us, but maybe we only think so. They can be new languages ​​to explain the same thing as always: e-mails are today's letters, those that were written by measuring words, watsaps are modern telegrams, series are the new popular narrative, audiobooks they replace the voices of the old storytellers, who modulated the tone so that a circle of attentive faces followed the adventures they told. Irene Vallejo already says it: "The future always moves forward by looking back at the past". Fortunately, I would add.

I have started reading Neandertales, la vida, el amor, la muerte y el arte de nuestros primos lejanos by Rebecca Wragg Sykes. Based on her research on the Paleolithic, the author claims aspects such as technological creativity. It refers to his intelligence, and to the curiosity that is at the origin of all great human advances. So, the man of the present shares DNA with his very distant relatives. In the same way, in our future evolutions, it is likely that we will not cease to be the perpetual explorers looking for the special, different figure of Wally. Or the eternally reading character, who smells the ink of books with pleasure.