Wavveup, the start-up that helps others 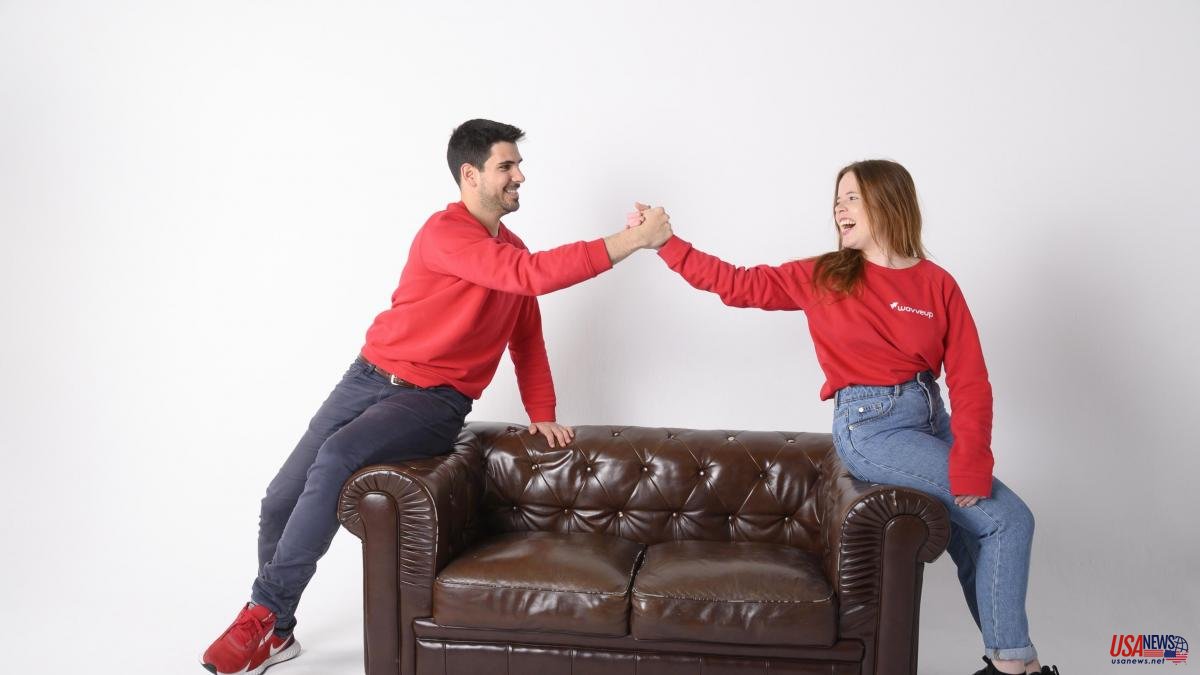 Albert Xavier Pérez Vives and Laura Tejada Sáenz met while studying for a master's degree in executive coaching. They dedicated the thesis to how this discipline can be a leadership tool in start-ups. They were so convinced of this that they left their respective jobs to found a start-up from which to help other start-ups to successfully scale their businesses. "70% scale prematurely without knowing it and fail after their first growth spurt," warns Pérez. Among the main mistakes, hiring too many employees too soon or not calculating the necessary investment well.

"I was in Amsterdam, and Laura was in Vienna. We both returned to Barcelona and took advantage of the confinement to set up the company ", remembers the entrepreneur. In the beginning, they had the help of the International Foundation for Women Entrepreneurs (Fidem), the Private Foundation for the Promotion of Self-Employment in Catalonia and Barcelona Activa.

The start-up is based on an American method that consists of four pillars: strategy adapted to growth, leadership transformation, scalable processes and communication systems. These pillars are implemented through a tailored development plan and group sessions with the entire management team. "We entered after the business accelerators and act as if we were a partner of the start-up that we help to grow," adds Pérez. The result: "Start-ups that scale correctly grow approximately 20 times faster," say the co-founders.

In two and a half years, Pérez and Tejada have helped more than 60 leaders and 15 start-ups. It is "a very young leader profile, with no experience in entrepreneurship or who has never led teams," says the founder. Currently, Wavveup is very focused on the national market, especially in Barcelona, ​​but entrepreneurs want to gain ground and make the leap to Latin America. To attract potential clients, they attend start-up events such as the 4 Years From Now (4YFN) or the Future of Utilities Summit.

With headquarters in the city of Barcelona and a team of nine people –plus four associated experts–, Wavveup expects to end the year with a turnover of 500,000 euros and double this figure by the end of 2023. As it could not be otherwise, they self-apply your knowledge in executive coaching, to grow successfully.