Wave of attacks on military stations in various Russian regions

"Now we're all going home!" one man yelled before shooting the director of a Siberian enlistment center. 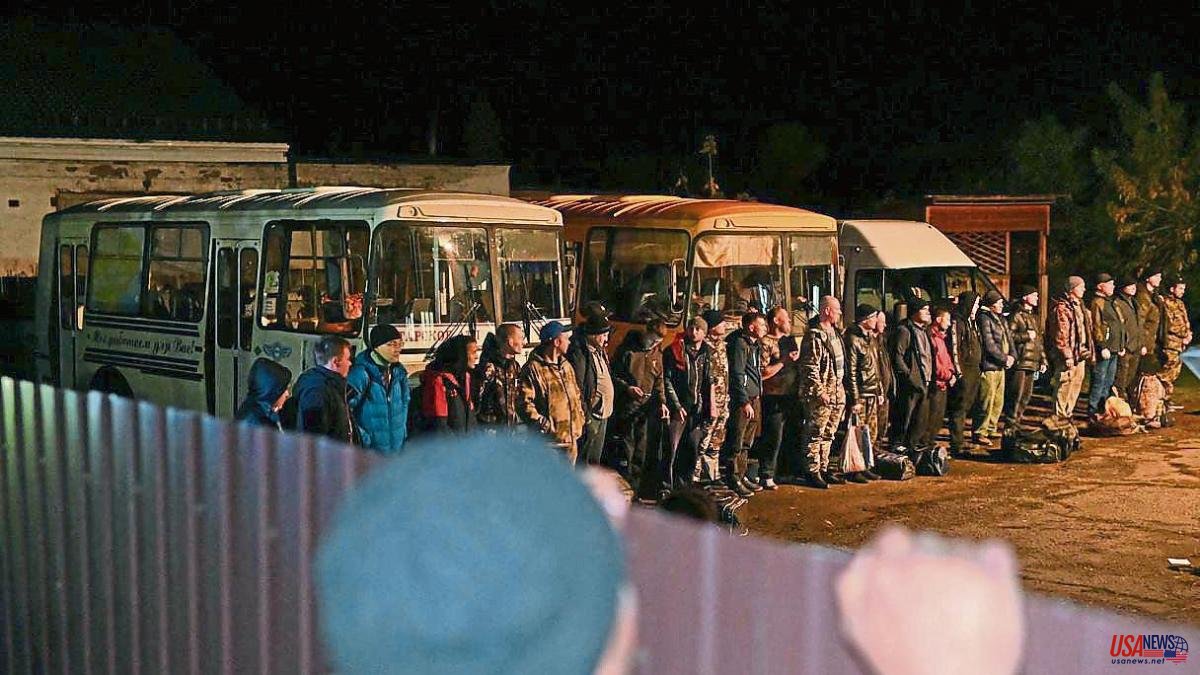 "Now we're all going home!" one man yelled before shooting the director of a Siberian enlistment center. The event occurred in Ust-Ilimsk, an industrial city 600 kilometers north of Irkutsk, in Siberia, in the latest attack in recent days against regional offices that have to carry out the partial military mobilization decreed in Russia last week. Igor Kobzev, the regional governor, reported that the head of the office was in serious condition and that the doctors were trying to save his life.

“They have arrested the shooter immediately. He will be punished! I can't understand what happened, "he reacted in a message posted on Telegram. “I am ashamed that this is happening at a time when, on the contrary, we should be united, not fighting against each other, but against real threats,” he added.

In a video released later, the attacker is seen identifying himself to the police: Ruslán Zinin, 25 years old. The Investigation Committee, which deals with the most serious crimes in Russia, specified that he is a resident of Ust-Ilimsk. For attempting on the life of a representative of the law he can be sentenced to life.

A witness to what happened told the RBK portal that around 11:40 (local time) “the military commissioner took the unit to the assembly room and began to talk about the situation in the country, that he complies with the will of the State, etc. . Suddenly, the shooter jumped up, walked up to him and said, 'Now we're all going home,' and shot him. I fell to the ground. After the second shot I ran away.”

It is the first time that there has been an attack with firearms against a recruitment center since Russian President Vladimir Putin ordered a partial mobilization of Russian reservists on September 21 to incorporate them into the Ukraine campaign. Yes, there have been attacks, most with Molotov cocktails, to burn down these facilities in various regions of the country.

On the night of Sunday to Monday, the Uriupinsk police in the Volgograd province (south) arrested Mikhail Filatov, accused of setting fire to the military police station in protest at the mobilization of reservists, according to the Telegram Baza channel. In a video you can see how the man throws five incendiary bombs at the building.

The fires of recruitment offices began after Putin announced the start of the "special military operation" against Ukraine in February, and were more frequent in May. After the announcement of the mobilization, the number of cases has increased.

Last Saturday a man threw a Molotov cocktail out a window of the Kansk recruitment center in Krasnoyarsk. A day earlier, unknown assailants set fire to the centers of Khabarovsk, Svobodny (Amur province) and the town of Siaskelev (Leningrad province). On the 22nd, there were similar attacks in Kyra (Zabaikalie), in the city of Lomonosov (under the jurisdiction of St. Petersburg), and Gay (Oreborg province).