Watch out for alumni dinners, boys and girls

Coinciding with the recovery, for me somewhat paradoxical, of Manuel de Pedrolo, there is a renewed concern for the narrative point of view. 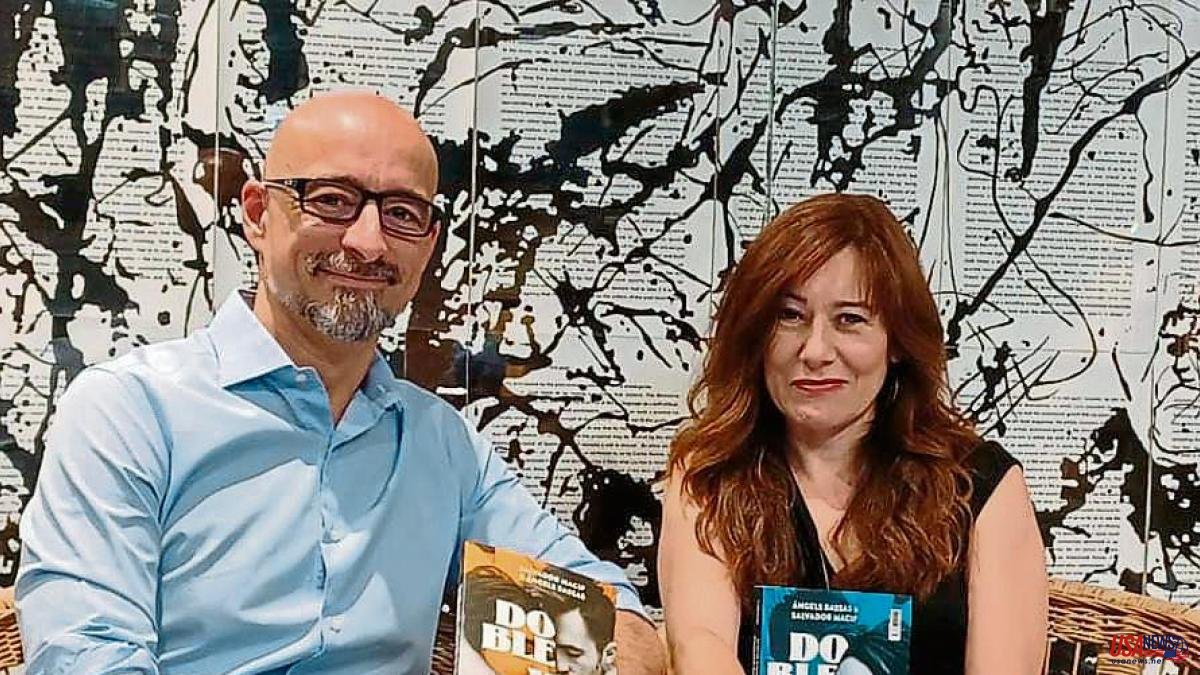 Coinciding with the recovery, for me somewhat paradoxical, of Manuel de Pedrolo, there is a renewed concern for the narrative point of view. It may be a consequence of the proliferation of school literature, which emphasizes the repertoire and exercise of writing. It can be linked to a certain exhaustion, to the idea that everything has been written, and that it is more interesting to explain the different angles of a story than to look for new stories. On the other hand, the new stories – which there are – are inaccessible, locked in worlds to which generalist writers hardly have access. With all certainty it is a consequence of the explosion of subjectivism that we are experiencing. And the relativism that dominates everything. We don't believe in one truth and one single narrator, things have many nuances and details and not everyone involved knows them all. At most, they can offer their perceptions and feelings.

At this crossroads is Doble vida by Àngels Bassas (Figueres, 1971) and Salvador Macip (Blanes, 1970), who have turned the game of the double literary interpretation of events into an object, a book that is two, stuck together, with two covers, with the authors' names in reverse order on each cover, a reversible book, demonstrating the playful, festive nature of experimentation with point of view. Bassas, in addition to being a writer and actress, has participated in Les de l'hoquei and El internado. In addition to being a writer, Macip is also a doctor, we have seen him many times in the media in these years of the pandemic. You can start reading the novel from the Bassas part or from the Macip part (which is a bit shorter) and I guess the result must be different in both cases. I read Bassas first. It tells the story of a woman in her forties who, at a party for former medical students, finds a boy - now a plastic surgeon - who does her fin. They become entangled and the novel explains the whole relationship: the passion, the falling in love, the doubts, the need that the woman – whose name is Sílvia – has to believe that she has found love. And also – two secondary plots – a story of sexual abuse from which Robert was inhibited, and the problems that her son has that makes it necessary to be very on top of it. In the story told by Macip, we discover that the nano has an autistic spectrum disease. Robert doesn't remember the abuse and that's why - and not out of bad faith - the subject never comes up in conversation. The reader has to piece together elements from one and another story to have a complete story, which is not a complete story, there are ambiguities, unsaid things and an ending that doesn't match - a somewhat forced ending, it must be said -, which penalizes Robert's extramarital relationship and Silvia's absorbing passion, and which we could say is a conservative ending. Months ago, at the Bòlit in Girona, he presented an installation by Núria G. Lorang about the very good Adrian Lyne's Fatal Attraction (1988), which showed the extent to which it was a representation of the fascist morality of Reagan's America. The outcome of Doble vida made me think about it.

It is a book that goes well, with good perceptions of female psychology and sensuality, of virtual and carnal loves (Bassas). Whereas in the case of Macip's story what stands out the most is the perception of the man effectively in love. When he decides to go to the party, he is not happy. He and his friend Lluís talk a little rudely about the goals of their former classmates, as they remember them, but then he falls in love for real, without treachery, it's not just sex. Infidelity to Anne-Marie, the woman he lives with in Marseille, does not mean that he does not love her. Macip has portrayed a man outside the stereotypes of those who criticize the patriarchy, which is appreciated.

A light book, entertaining to read, and well dramatized, about mature love.