Warren Barguil, out of the Tour de France after testing positive for covid-19

French cyclist Warren Barguil will stay out of the Tour de France after testing positive for coronavirus. 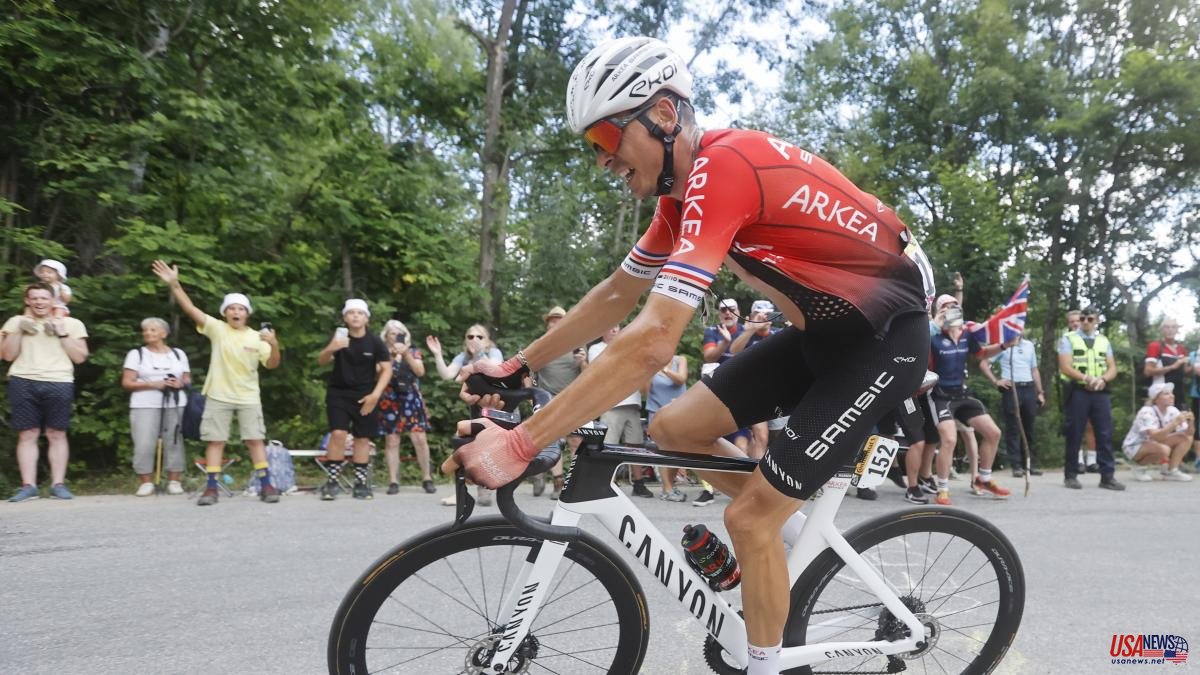 French cyclist Warren Barguil will stay out of the Tour de France after testing positive for coronavirus. His team, Arkea-Samsic, said in statements prior to the thirteenth stage of the Tour that the rest of his seven teammates had tested negative in their relevant tests. The Frenchman had been one of the most outstanding in the eleventh stage, in which he finished in tenth place, four minutes and sixteen seconds behind the leader.

It is the second year in a row that Barguil, who suffered a hip and shoulder injury in a fall on Thursday, has withdrawn from the competition. He was in 24th place overall, nearly 43 minutes behind leader Jonas Vingegaard. Barguil began to stand out in the 2017 Tour, in which he won two stages and secured the red polka dot jersey that recognized him as King of the Mountain.

The thirteenth stage of the Tour will take the peloton from Le Bourg d'Oisans to Saint-Etienne. Vingegaard, leader in the general classification and member of the Jumbo-Visma team, defends an advantage of two minutes and twenty-two seconds over the current champion, the Slovenian Tadej Pogacar, of the UAE-Emirates team.

This stage will start today, Friday, July 15, after financial sanctions have been revealed for the Vingegaard and Pogacar teams and for Enric Mas. It is common for sanctions to be published after each stage, but the figures for these are striking. The eight riders from the Dutch Jumbo-Visma team and the six from the UAE-Emirates were sanctioned with 500 Swiss francs each and a penalty of 15 points in the International Cycling Union (UCI) classification. The reason: not to go to the signature control in Briançon.

Jumbo and UAE sporting directors, Maassen and Hauptman, respectively, have also been fined. According to UAE, the cause of their absence at the team presentation was lack of time, since the runners were sent directly from the mixed zone, where they attended the media, at the start. For his part, Enric Mas has been fined 300 Swiss francs for "inappropriate behaviour". Apparently, he urinated in public in an inappropriate area at the discretion of the commissioners.