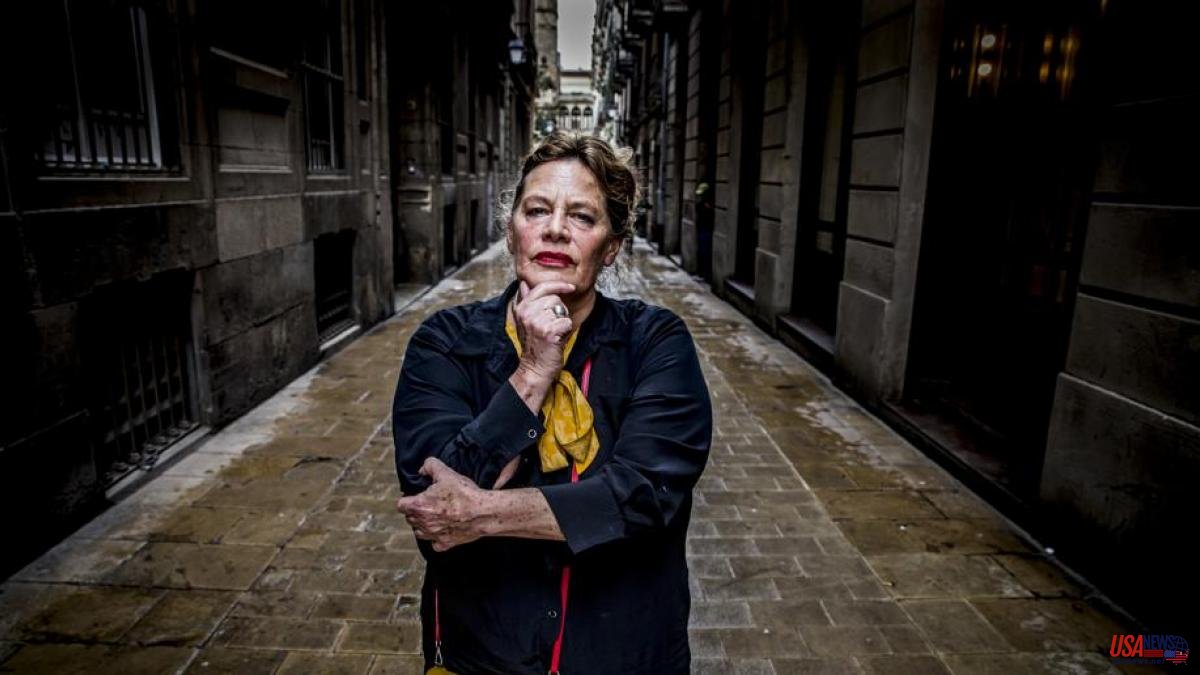 walls. Walls against immigrants. nationalist walls. Border closure. When Deborah Levy was writing The Man Who Saw It All (Random House) "the news was full of information about the construction of walls, Donald Trump's, Brexit... and I asked myself: how does someone feel when there is no freedom of movement?"

So the author traveled to the wall par excellence, "in the most extreme case, to the Berlin Wall, because the GDR locked its citizens inside the country." The British writer sailed to East Germany through Saul Adler, the protagonist of The Man Who Saw Everything, a young professor who is an expert in totalitarianism who in 1988 traveled to East Berlin to carry out a study on the economic model of the German Democratic Republic.

Through his profession, Saul knows a lot about fascism. Because of his education in Marxism, since his father was a fervent communist who tried to instill in him the belief that Capital was the true Bible. But Saul doesn't believe in anything, he's more of a man who watches, who he observes. And in that cold Berlin of the autumn of 1988 he meets Walter, his translator, and his sister Luna.

“Walter wants western jeans and Luna wants to eat pineapple and she's also a Beatles fan and longs to go to Liverpool and see Penny Lane,” the author notes. But her characters cannot see any of those wishes fulfilled because they live in a place from which they cannot leave and where there are few western goods that can enter.

However, The Man Who Saw It All “is not a criticism of the GDR, which had its bad points, but also some good ones. What interests me is the censorship of our thoughts and our desires”, says Levy in an interview with La Vanguardia.

"Walls are built of concrete and fear and perhaps that is why they are fragile," he adds. Walter and Luna are locked up within the walls of the Berlin Wall. Saul "cannot escape the relationship he had with his late father, who built a wall around his son with his old-fashioned ideas about masculinity and his demand that she be like him."

Saul falls in love with Walter, although he also has a relationship with Luna. "The protagonist is an insensitive but affectionate man, because he loves his translator, but he puts his life at risk by writing him a love letter," Levy points out that to write this novel he documented himself with "films like The Lives of Others or Good Bye Lenin! and also talking to people who had lived in the GDR like a taxi driver I met in Berlin in 2016 who told me that everything was gray and scary there, but that the bread was great”.

And that little anecdote is exactly what Levy wants to tell, because "I'm interested in microhistory and macrohistory, the way in which History happens with a capital H and the way in which we live it personally." In addition, the author considers "how we tell our own story, because imagine two brothers who recount an event from their childhood, one will explain it and the other will say, but if that was not the case".

“My book raises the issue of surveillance, how the state looks at its citizens and how we look at each other. And he also wants to honor the idea of ​​our unconscious life. Stalin wanted to punish people for thought crimes. My writing focuses on showing the inner and unconscious life, because there is political life, historical life and, after all that, there is the life of the mind, which has no borders. Walls cannot be built to enclose the imagination”, concludes Levy, who in addition to being a novelist is a playwright and poet.