Wagner's boss celebrates the grisly execution of a mercenary, then denies it

Yevgeny Nuzhin was a 55-year-old Russian prisoner who was recruited by the Wagner Private Military Company to fight in Ukraine. 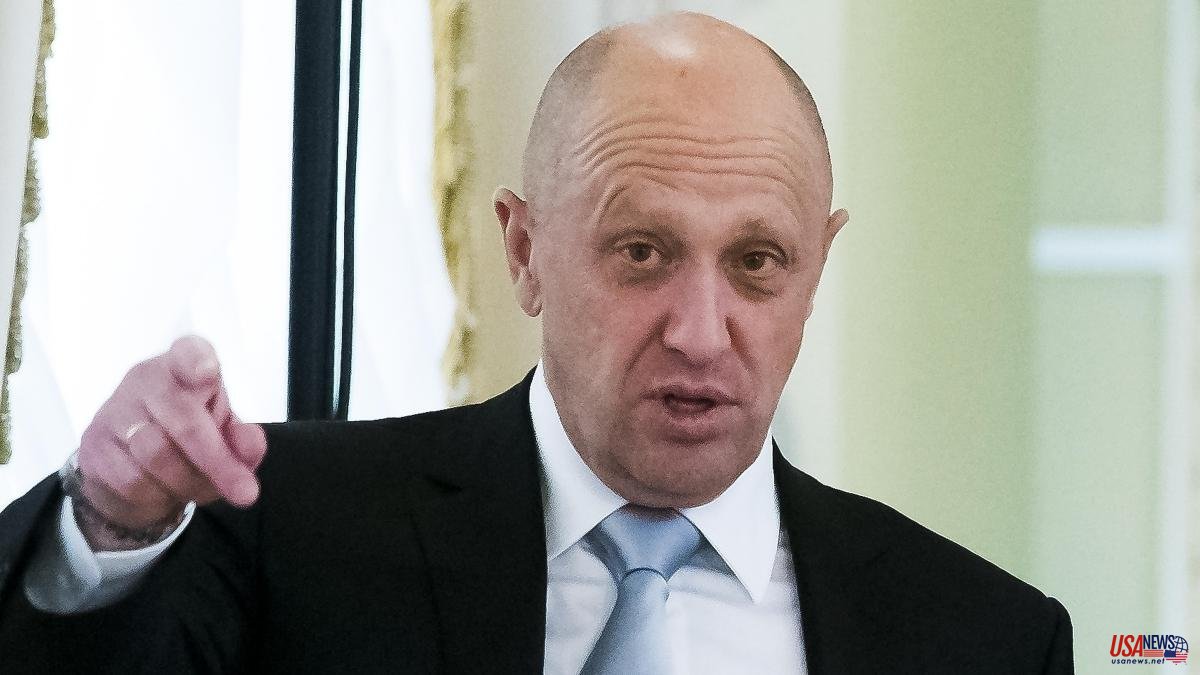 Yevgeny Nuzhin was a 55-year-old Russian prisoner who was recruited by the Wagner Private Military Company to fight in Ukraine. After being taken prisoner and later released, he returned to the mercenaries. But his life supposedly ended with a sledgehammer, executed by his own colleagues, according to a video published over the weekend on blogs close to the Wagner Group.

Its leader, the oligarch Yevgeny Prigozhin, celebrated this grisly way of dying shortly after the images were released. This Tuesday, however, he denied having anything to do with them and blamed the "United States secret services."

In the shocking images from the weekend, the man identifies himself. He later says that he surrendered to Ukrainian troops in early September and that he was kidnapped on the streets of Kyiv on Friday. After receiving a blow to the head and losing consciousness, "I woke up and I was in this basement where they say they are going to execute me."

Then the disturbing video (https://t.me/vchkogpu/34353) shows someone clubbing Nuzhin to death with a sledgehammer. The Gray Zone Telegram channel, close to Wagner, writes that "the traitor received the traditional Wagnerian punishment."

"Nuzhin betrayed his people, he betrayed his comrades," Wagner group founder Yevgeny Prigozhin said in a statement from his press service on Sunday. "He was not taken prisoner or surrendered, but he was planning to escape," he added.

In September Ukrainian troops released a video (https://www.youtube.com/watch?v=t4dJRPHuzFg) in which Nuzhin tells his story. Convicted of murder, he was serving 25 years in prison in Penal Colony No. 3, in the Ryazan region, when Wagner's representatives arrived this summer, promising the prisoners amnesty for joining their ranks and fighting in Ukraine.

In that interview, he assures that he wants to join the Ukrainian troops to fight against Russia.

Also in September, a video was broadcast on social networks in which Prigozhin himself visited a prison in Yoshkar-Ola (capital of the Russian republic of Mari-El) and offered the inmates to get out of prison in exchange for participating in the fighting. "Only God and Allah can get you out of here, and they will do it in a wooden coffin. I'll get you out alive," he can be heard saying. He also warns them that those who desert or surrender to the enemy "will be executed."

A few days later, Prigozhin himself acknowledged having created the Wagner Group in 2014. The "Kremlin cook", as he is known for his catering company and his proximity to Russian President Vladimir Putin, had always denied any relationship with the controversial team of mercenaries, and even went so far as to file complaints against various investigative media that had pointed to him as their boss.

Commenting on the performance, Prigozhin describes the video as "an excellent directorial work that can be seen in one session." He calls Nuzhin a "dog" and says that he "did not find happiness in Ukraine, but met unkind but fair people."

According to Ilya Nuzhin, one of the sons of the executed man, he "was a prisoner of the Ukrainians." In an interview with Gulagu.net, an NGO that defends the rights of prisoners in Russia, Ilya explains that "then something terrible happened to him... all his relatives blamed the Ukrainians for this (...) Didn't they know what What were they going to do to him? Why did they send a person to his death?"

After the shock of the terrible video, Prigozhin has retracted his first words. In a message posted on Tuesday, he denies that the Wagner Group had anything to do with what happened. Without offering specific details, he affirms that those responsible are the secret services of the United States.

"Wagner employees are distinguished by their excellent discipline and strict adherence to international standards and globally accepted rules of social behavior," adds the head of this organization, known for its violent methods. In the past, the group has been accused of committing abuses in conflict zones, including Syria and several African countries.

It is possible that Yevgueni Nuzhin was returned to Russia on November 11, in an exchange of 45 prisoners for each side, according to Russian journalist Anastasia Kashevárova.

Vladimir Osechkin, founder of Gulagu.net, said on Monday that he is going to ask the Russian authorities for an investigation into this case. The NGO called on Ukrainian President Volodymyr Zelensky to stop trading captured Russians who credibly fear reprisals at home for refusing to fight in Ukraine.