Like in a scene from 'Twelve on the Scaffold' or 'Suicide Squad' but in a Russian prison. 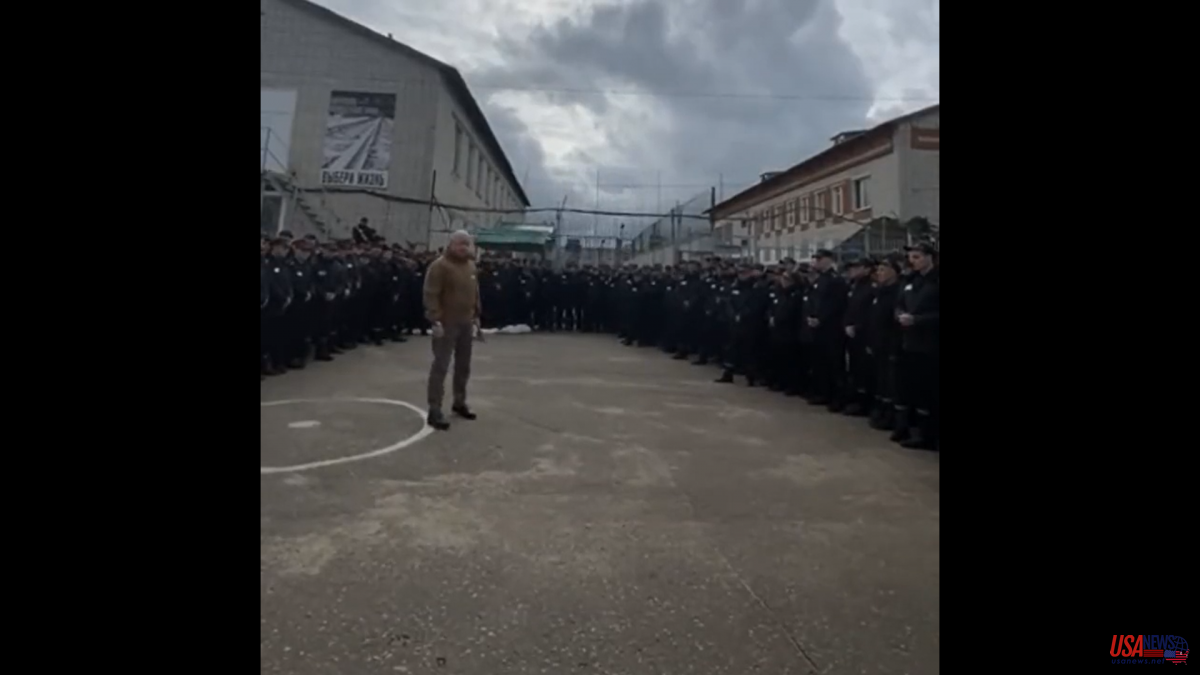 Like in a scene from 'Twelve on the Scaffold' or 'Suicide Squad' but in a Russian prison. The oligarch and close ally of Putin, Yevgueni Prigozhin, speaks surrounded by inmates. He dressed in camouflage, they in prison clothes. He explains to them that he is a "representative" of the Wagner Group (he is actually their leader), the powerful Russian mercenary army, and that he has come to make them an offer they cannot refuse: freedom in exchange for serving for six months in the war. from Ukraine. “Are you asking about guarantees? Only two other people can get you out of here, God and Allah, and they will do it in a wooden coffin. I get you out alive,” he states.

The recording, shared on pro-Russian Telegram channels claiming to be prisoners from the Republic of Mordovia, appears to indicate that the Wagner Group has been recruiting prisoners since at least June. An illegal practice according to Russian law, which does not allow commuting sentences in exchange for serving as mercenaries.

Prigozhin doesn't beat around the bush or try to sugarcoat his proposal. He admits the difficulties that prisoners who want to follow him will have to face and does not hide the possibility that some may never return. “This war is tough. It is not like in Chechnya. My ammunition consumption is like two times higher than in Stalingrad,” he says.

Later he explains the basic rules of the life of Wagner's good mercenary. “The first sin is desertion. No one goes back, no one goes back, no one gives up. If you surrender, they will tell you about two grenades that you must have in your uniform. The second sin is alcohol, drugs. During the half year that you are with us you will always be in a war zone. And the third sin is looting, including sexual contacts with local women, flora, fauna, men, anyone."

The new mercenaries must be between 22 and 50 years old, although, as in other aspects, it seems that the rules are lax. If prisoners under the age of 22 want to enroll, all they need is a paper signed by a family member saying “that they don't care”. For those over 50, it is enough to show that "they are strong".

Prigozhin explains that they are not the first prisoners he has brought to the front. "On June 1" "40 prisoners from St. Petersburg" went into combat, he says. Of this group, three were killed and another seven were injured. “One of the dead was 52 years old and had been incarcerated for 30 years. He died heroically,” he maintains.

The leader of the Wagner Group does not hide what is expected of them, "we only need shock forces". That is, they will send them to the front line of combat. But he promises them the same treatment as any other of his "boys." "Those who keep going, those who are faster, survive better," he explains. If they die, Prigozhin assures that they can be buried wherever they indicate. He even promises that they can be buried in "the alley of heroes" in those towns that have it. Those who do not indicate a preference will spend eternity near the Wagner Group headquarters chapel.

After six months of service, they can choose to return home or continue working as mercenaries. "There are no options to go back to jail," she says. But he insists, those who hesitate or are considered "deserters" "will be executed."

Subsequently, Prigozhin explains that interviews will be held with those interested and that this is the time to ask any questions they may have. Then they have five minutes to decide. "When we leave, there will be no more time," she urges.