Vueling expects a limited impact from its crew strike

Vueling hopes that the strike called by the Stavla union among the cabin crew group will have a "limited" impact. 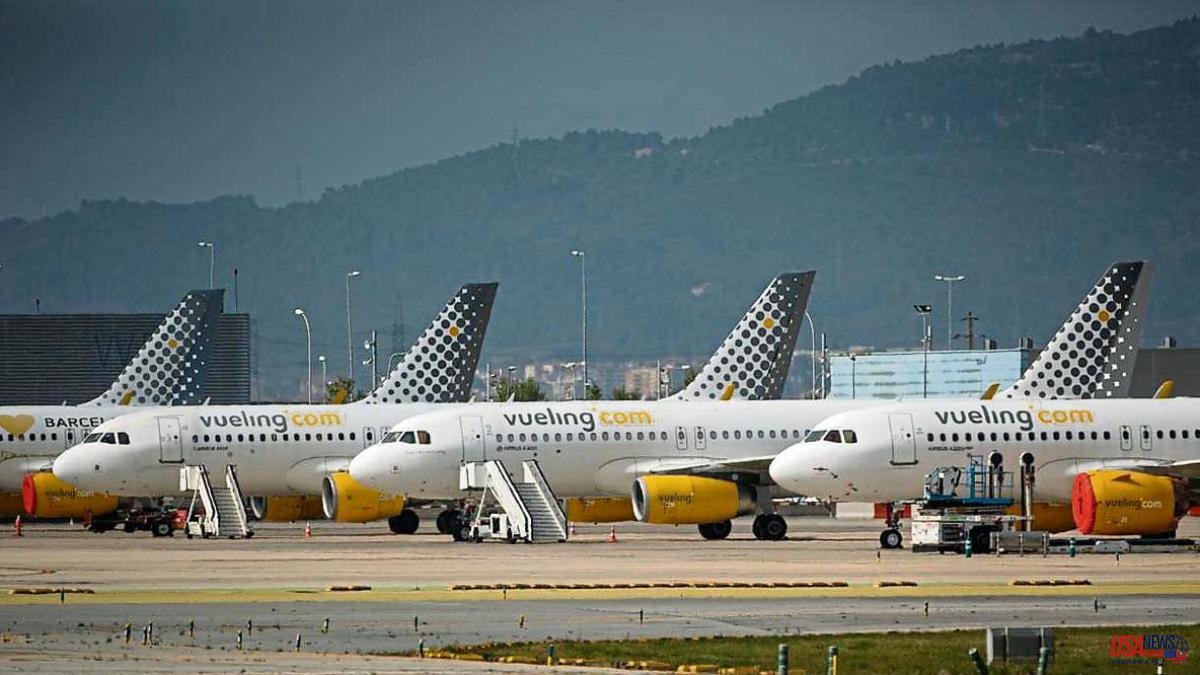 Vueling hopes that the strike called by the Stavla union among the cabin crew group will have a "limited" impact. The minimum services dictated by the Government for the first day of strikes, on November 1, cover 90% of the flights, highlighted the president of the airline, Marco Sansavini, this Friday during an IAG conference to present its quarterly results . This coverage, together with the plan activated by the airline to offer alternative flights to customers who may be affected, "will minimize" the effect of the protest, Sansavini has confided.

The Stavla union has called for a strike on Fridays, Sundays and Mondays between November 1, 2022 and January 31, 2023, as well as on November 1, December 6, 8, 24 and 31 of this year. and January 5, 2023, key dates of the Constitution or Christmas bridge vacation period. The organization demands a 13.4% salary increase for cabin crew for this 2022, which would be added to the 6.5% salary increase already agreed this summer between Vueling and the CC.OO union. for the entire group of workers. Stavla, however, did not sign this agreement. In addition, they ask for new increases until 2025, which would reach 33%, according to Vueling. The airline based at Barcelona airport has urged the union to abandon the strike and "bet on dialogue in the face of social confrontation."

The IAG group, owner of Vueling, Iberia or British Airways, has presented its results for the third quarter this Friday, with a return to profit. In the first nine months of its exercise, it has earned 199 million euros, compared to losses of 2,622 million in the same period of 2021. Between July and September Vueling registered an operating profit of 259 million euros, while Iberia scored 246 million .

Vueling's load factor was 93%, while its capacity at the end of the year is 15% higher than in 2019. For the first quarter of 2023, the company will add more capacity, 20% above the pre-Covid year . In this sense, Luis Gallego explained that demand remains strong despite global uncertainty and inflation.