Vox, before the resignation of Lastra: "A woman should not be forced to resign due to her pregnancy

The reasons for the resignation of the deputy general secretary of the PSOE, Adriana Lastra, do not convince everyone. 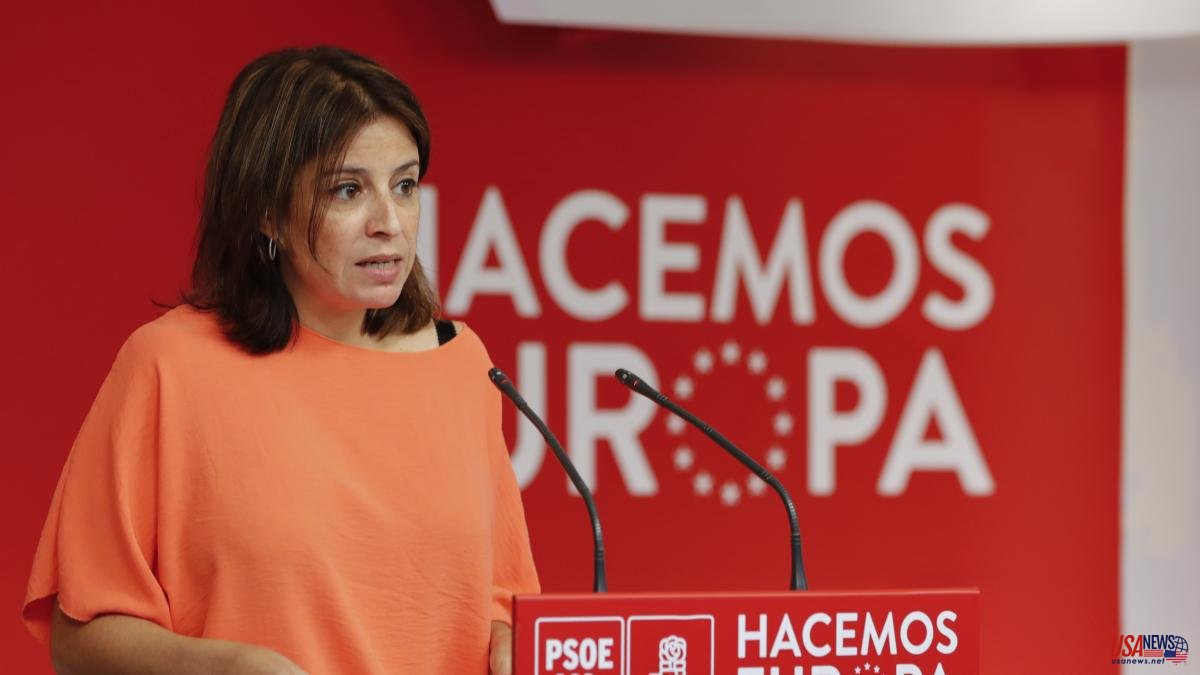 The reasons for the resignation of the deputy general secretary of the PSOE, Adriana Lastra, do not convince everyone. Hours after the policy officially stated that her resignation is due to the personal changes caused by her pregnancy, a cascade of criticism has unleashed. Vox has rejected this Monday the reasons expressed by Lastra and has defended that no woman should abdicate for being pregnant.

This position has been advocated by the current Vox spokesperson in the Andalusian Parliament, Macarena Olona, ​​in a message posted on her personal Twitter account, where she implicitly denounces that Lastra has been "forced" to resign. “A woman should not be forced to resign because of her pregnancy. Signed: Vox”, says the message.

This statement comes just one hour after the Asturian informed in a statement of her resignation as 'number two' of Pedro Sánchez within the PSOE. In the letter, she herself points out that "days ago" she transferred to the president her decision to leave one of the "most beautiful responsibilities that exist" for a socialist militant.

“In recent months there have been important changes in my personal life that require me to be calm and rest, and that in the last two weeks have forced me to take a leave of absence from work that is going to last for some time,” he says.

For all these reasons, Lastra resigned due to "the difficulty of combining the demands of rest and care, essential in my current situation, with the intensity required by the party's leadership." The socialist deputy secretary will continue, however, as a deputy.

In line with Lastra's arguments, the Government spokesperson and Minister of Territorial Policy, Isabel Rodríguez, framed Lastra's resignation as a "personal decision at a special moment" and rejected that it was due to a renewal of the organic structure of the PSOE .

For her part, Carmen Navarro (PP) has also spoken about it and has said that although she wishes her the best, she also wonders if a pregnancy justifies a resignation. "Or is it not a resignation, but a dismissal?", She has questioned her.