The ties between the European Union and Ukraine are tighter than ever. 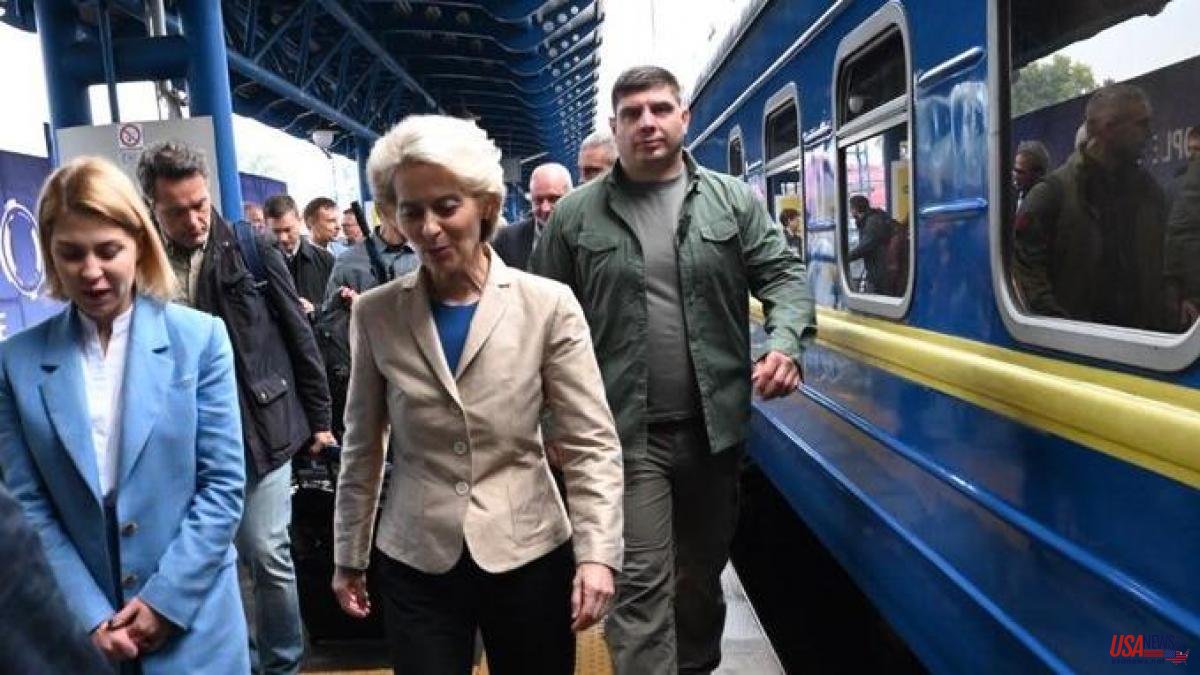 The ties between the European Union and Ukraine are tighter than ever. Or at least this is the message that the president of the European Commission (EC), Ursula von der Leyen, wants to send with her third visit to the Ukrainian capital. A trip that aims to discuss with the Ukrainian authorities the help of the community bloc and the way to advance in its process of accession to the Twenty-seven. "In Kyiv, for my third visit since the beginning of the Russian war. Much has changed. Ukraine is now an EU candidate," von der Leyen posted on Twitter.

During the visit, she will discuss with Ukraine's President Volodimir Zelensky and Prime Minister Denys Shmyhal how to continue bringing economies and people closer together as Kyiv moves towards accession, the EC president said.

Zelensky greeted Von der Leyen by presenting him with the Order of Prince Yaroslav the Wise, one of the most distinguished awards in Ukraine. "I accept it on behalf of all EU citizens. And as a symbol of our strong bond," the European politician wrote on her Twitter.

The new visit comes as the Ukrainian Army has launched a successful counteroffensive to recover the territory that the Russians had occupied, especially in the south and east of the country.

It also takes place on the day after the speech of the State of the European Union that Von der Leyen delivered this Wednesday in the plenary session of the European Parliament in Strasbourg (France) and that the first lady of Ukraine, Olena Zelenska, witnessed in the hemicycle. In principle both have traveled together to Ukraine.

Von der Leyen announced during the debate a package of 100 million euros for the reconstruction of the schools destroyed by the Russian attacks and was convinced that both the sanctions against Russia and the macro-financial support for Ukraine would remain active.

He also advanced that the EU has begun to work to improve Ukraine's access to the single European market and its entry into the community zone of telephone "roaming" (roaming), and that he will discuss these advances with Zelensky during his trip.

"For the first time in the history of the European Union, a country from outside the EU was represented in a special session of the European Parliament during the annual report on the state of the EU: this is our country," Zelensky said last night in a video speech.

The Ukrainian president stated that his country is "working for full membership, politically, legally and symbolically" in the EU. Zelenski specified that the one hundred million euros will go to the reconstruction of 74 schools in Ukraine and that they will do everything possible to "implement a large-scale social initiative: the cancellation of 'roaming' charges for Ukrainians in the EU and for Europeans in Ukraine".

"This will be a strong sign of our rapprochement," Zelensky stressed, thanking von der Leyen and "all our friends in the European Union for their unwavering support."