The current European electricity market's days are numbered, announced the President of the European Commission, Ursula von der Leyen, during a speech in Bled (Slovenia) in which she pointed to the "exorbitant" prices paid in Europe in context of the Ukraine war as a demonstration of its limitations. 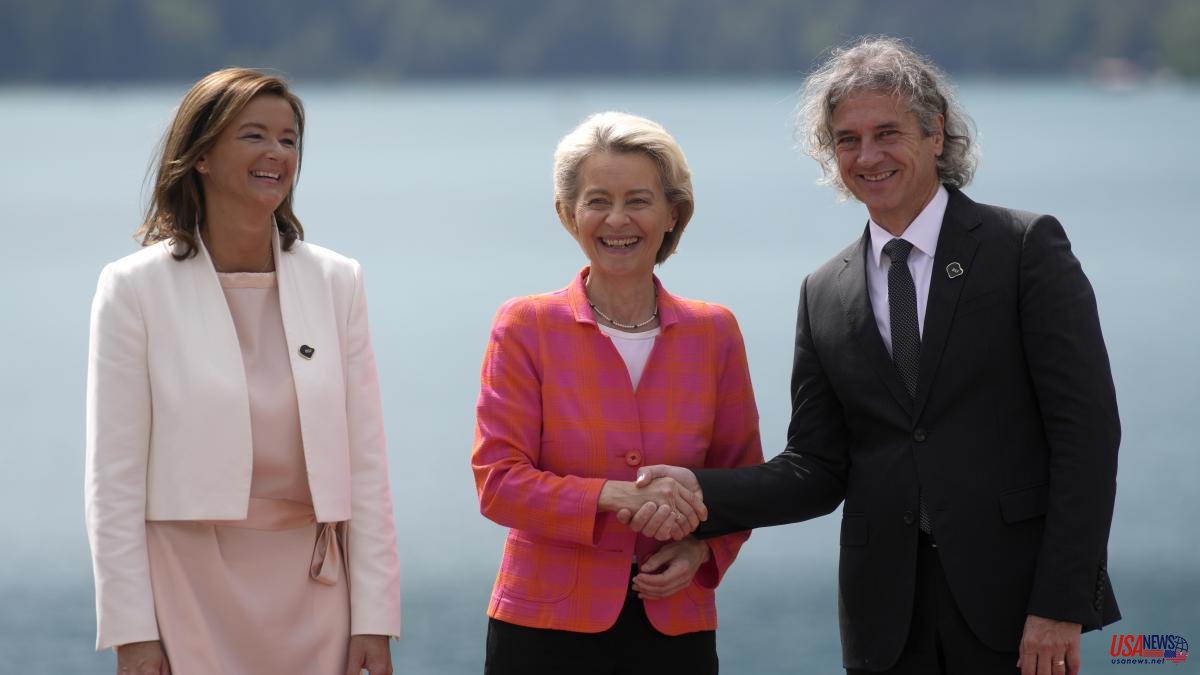 The current European electricity market's days are numbered, announced the President of the European Commission, Ursula von der Leyen, during a speech in Bled (Slovenia) in which she pointed to the "exorbitant" prices paid in Europe in context of the Ukraine war as a demonstration of its limitations. Brussels is working on an "emergency intervention" that will include various measures and options, including separating the price of electricity from that paid for gas, currently much more expensive than that which comes from renewable energies.

In a speech at the Strategic Summit in Bled, in Slovenia, in which she has asked to cut all energy dependence on Moscow and has proposed a greater defense of democracy as a response from Europe to the invasion of Ukraine, the president of the Community Executive has insisted in which "exorbitant prices" expose the "limitations" of the design of the current electricity market.

The current electricity market "was developed for different circumstances and with very different purposes, that is why we are now working on an emergency intervention and a structural reform of the electricity market", said Von der Leyen in a speech in which he advocated cutting all energy dependency with Moscow and has proposed a greater defense of democracy as Europe's response to the invasion of Ukraine.

The "exorbitant prices" expose the "limitations" of the design of the current electricity market, Von der Leyen has ruled in line with the pressing calls launched in recent days by countries that until a few months ago were reluctant to adopt drastic changes in the system of fixing electricity prices created 20 years ago with the purpose of encouraging investments in renewables.

Another of the ideas that the community executive is considering is to adopt a gas cap, similar to the "Iberian exception" negotiated months ago by Spain and Portugal, for the Union as a whole to protect European consumers and industries from an increase in costs that seems unbearable if Russia completely closes the price of gas. Both measures have the support of the Prime Minister of the Czech Republic, Petr Fiala, who today met in Prague with the German Chancellor, Olaf Scholz.

The proposals will be discussed at the extraordinary council of EU energy ministers convened today by the Czech presidency of the Council for next September 9 in Brussels. "We are going to seriously examine what instruments we can use to lower electricity prices", Scholz pointed out. "It is not something that can be done without thinking, it has to work from a technical point of view, but it is evident that what is currently going on in the market price is not a true reflection of demand and supply".

The European Union must adopt a common response to defend itself from Russian energy "blackmail", Von der Leyen defended for his part at the opening of the Bled Strategic Forum, which each year marks the opening of the European political course. "The era of Russian fossil fuels in Europe is over and freeing ourselves from blackmail will bring us more power to defend the global order." Von der Leyen has stressed that Europe is already working to cut these ties with Russian energy and diversify hydrocarbon suppliers "at the speed of light".

The best way to eliminate this dependency is by accelerating the green transition and promoting renewable energy. "Each kilowatt of electricity that Europe generates from energy alone, wind, hydraulic, biomass, geothermal or green hydrogen makes us less dependent on Russian gas," said the president of the community executive, who has also warned of the risk of dependence on countries like China in the supply of certain raw materials.