Only Úrsula Von der Leyen could fix it, the president of the European Commission that Pedro Sánchez sets every day as an example that what he does is right, compared to what Alberto Núñez Feijóo says. 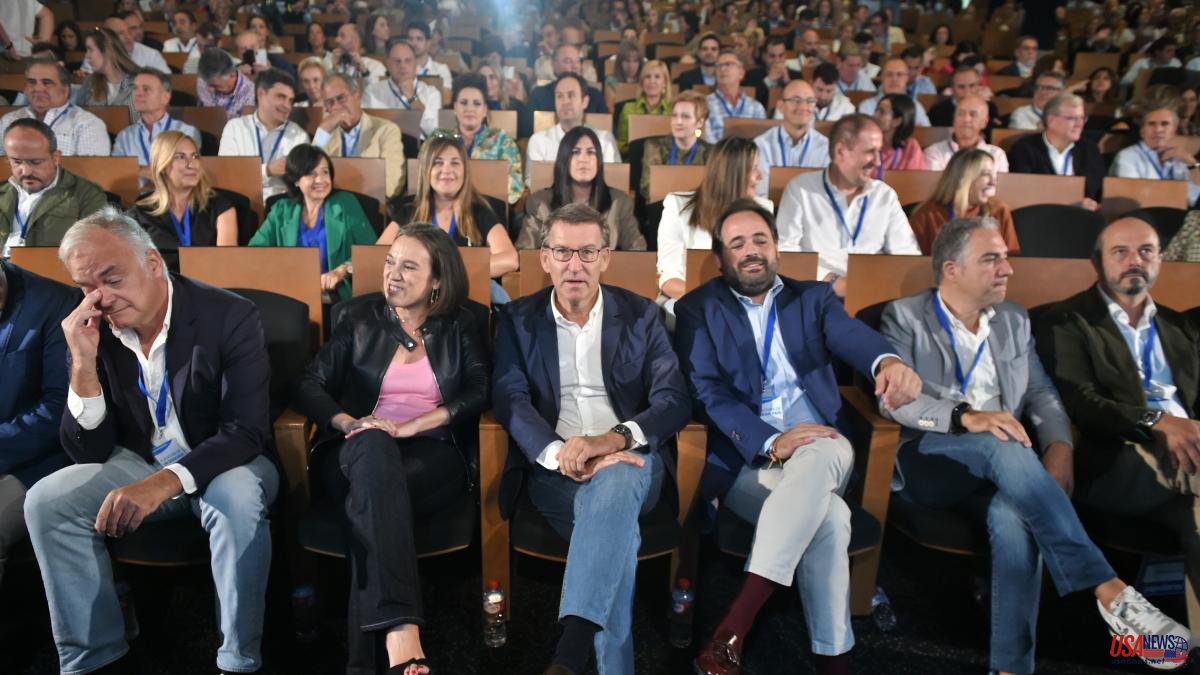 Only Úrsula Von der Leyen could fix it, the president of the European Commission that Pedro Sánchez sets every day as an example that what he does is right, compared to what Alberto Núñez Feijóo says. The highest European authority has come to the aid of the president of the PP and has done so by highlighting his experience and his anticipation, the opposite of what the President of the Government revealed as traits of the leader of the PP, his insolvency or the bad faith of him.

During the inter-parliamentary meeting of the PP in Toledo, which is being held today and tomorrow, the president of the European Commission sent a video message to the Spanish PP: "I want to especially greet my dear friend Alberto. I well remember the long conversation we had at the congress of the EPP in Rotterdam, before the summer. We talked about the economic situation in Spain and in Europe, and it is good, in a difficult situation, to know that we have such experienced and far-sighted leaders in our ranks, men and women of the PP who understand the economy and the needs of our citizens.

With that message, Von der Leyen compensates for other laudatory messages with Pedro Sánchez, such as when the PP opposed the energy saving plan that included lowering the air conditioning and turning off shop windows and the president of the Commission put Spain, together with other countries, as an example of what needed to be done.

Some messages that did not sit well with the PP, whose leaders have even verbalized a certain discontent with Von der Leyen and his closeness to Sánchez in some informal meeting. However, Feijóo never wanted that discomfort to be transferred to Von der Leyen, according to sources close to the popular president.

The message from the PP, assures sources from the PPE, is due more to the discomfort of the president of the Commission with Sánchez, for wanting to sell the tax that promotes electricity companies like the tax that the European Union raises, when "the Spanish model was never its model ", assure the sources of the popular Europeans, because it is not a tax on benefits, nor does the proceeds go directly to help the most vulnerable. It is true that the PP did not see with good eyes any tax on electricity companies, Europe does not speak of banks, although immediately, when it learned last week of the draft that Europe was studying, it accepted the model compared to that of Pedro Sánchez, which for the PP is more based on an ideological conception not of the PSOE, but of Podemos.

The praise for Núñez Feijóo was not the only message from Von der Leyen, who stressed that "Europe is facing one of the most decisive moments in its history, due to Putin's war." A situation that she described as difficult for families and companies, "the backbone of our economy and our internal market", and, she said, "there is no simple solution", although she was convinced that "we will get ahead ".

And it will come out, Von der Leyen stressed, because "we remain united, on the right side of history," although he warned that "the effort can be hard." Europe and Spain, he said, are ready. "Because Spain is a great country with even greater people", and in the Popular Party "we believe in people", and for this reason it will be able to find "intelligent formulas to alleviate the burden that weighs on the shoulders of companies and workers", who "need air to breathe, and they need it now".

The President of the Commission considers that it is necessary to act "quickly, while preserving the market principles that have brought decades of prosperity and security of supply to our continent", and she is convinced, she said, that "this balance between economy of market and responsibility towards working citizens, no political family can find it and live up to it like the family of the Popular Party".