Vladimir Putin's war is failing. The West should contribute to accelerating the failure

One of the many excuses given by Vladimir Putin for invading the neighboring country is that Ukraine and Russia are "one nation" that should be united under his benign rule. 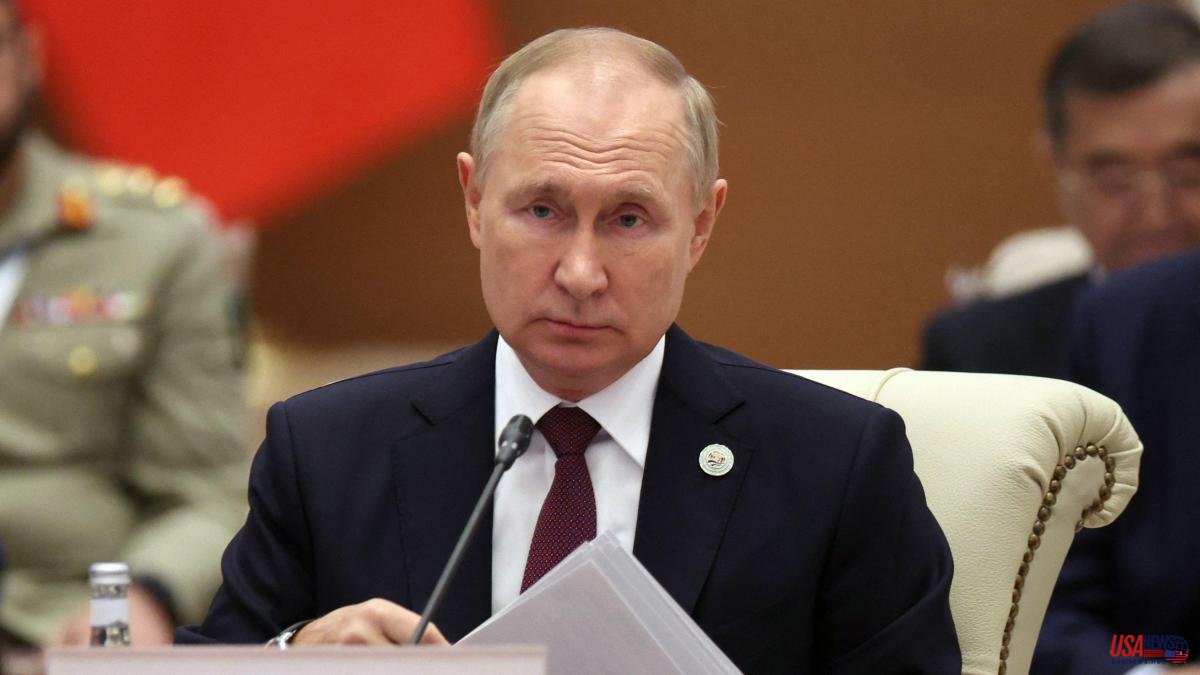 One of the many excuses given by Vladimir Putin for invading the neighboring country is that Ukraine and Russia are "one nation" that should be united under his benign rule. "Do you still think that?" Ukraine's president asked the Russians last Sunday, as Ukrainian troops swept thousands of invading soldiers from Kharkov province. Volodymyr Zelensky's triumphant sarcasm was not without justification. The Kharkov counteroffensive, launched on September 5, marks the most spectacular Russian setback since Putin's refusal to conquer the Ukrainian capital, Kyiv, at the end of March.

Its importance lies not only in the liberation in a few days of 6,000 square kilometers of territory, more than what Russia had won in the previous five months. Nor in the fact that Ukraine has seized tanks, weapons and ammunition boxes abandoned by Russian soldiers in their disorderly flight. Ukraine has also recovered two communication hubs, Izium and Kupiansk, which Russia needs if it wants to complete the conquest of the Donbas region and integrate it into its territory. Putin's plans to organize fake referendums to ratify the annexation of the occupied parts of southern and eastern Ukraine have now been put on hold, as Ukraine strikes back in both areas. It is always risky to make predictions in a war, but it seems that the tables have turned. The Russian occupation is encountering obstacles everywhere, and slowly - sometimes abruptly - Ukraine is pushing it back.

Ukraine's advances on the battlefield rest on two pillars: material and men. As a team, you have a growing advantage. The United States and other friendly nations have provided rockets with enough range and accuracy to turn the tide of combat. Ukraine can reliably see and attack enemy ammunition depots, command centers and logistics nodes located far behind the front lines; Russia is unable to do the same. The alleged Russian air superiority has been neutralized by mobile air defenses. And while Russia is depleting its weapons stockpiles, Ukraine's are becoming more plentiful and powerful as its former Warsaw Pact materiel is replaced by superior NATO equipment.

It also increases Ukraine's advantage in soldiers. Putin's initial invasion force of 200,000 was never large enough to occupy Ukraine. (Putin had apparently counted on a complacent collapse of the Ukrainian opposition.) Russian losses have been appalling; according to one estimate, between 70,000 and 80,000 soldiers have been killed or wounded. Putin is having a hard time replacing them, despite going to jail and offering huge bonuses.

Ukraine, on the other hand, can dispose of the entire adult male population. His morale is through the roof; and, thanks in part to NATO, they are well equipped and increasingly well trained. His confidence will not stop growing as Russia falters. They fight for their homes and their fellow citizens. Russian troops fight on a short-cut of lies: that Ukraine is run by "Nazis", that it poses a threat to Russia, that its people want to be "liberated" by Russia. In theory, Putin could order a general mobilization and call many more young Russians into combat; but he knows the move would be extremely unpopular and so he hasn't taken it yet. Still, even if he did take it, it would take many months to recruit, train, equip, and deploy reluctant, terrified reinforcements.

Ukraine's victory is not yet certain, but a way forward can be seen. Total Russian eviction from Ukraine will not be an easy task. It will mean expelling it from a territory where it is much better entrenched and organized than in Kharkov. A general collapse of Russian forces cannot be ruled out, but it is unlikely.

Therefore, the West should underpin success. Ukraine has demonstrated its competence in using Western weapons to recapture territory; The West should send better ones, such as longer-range ATACMS munitions for HIMARS launchers, which have proven so effective and had been hesitant to deliver. To avoid escalation, NATO's advanced weapons should not be directed against Russian territory; Ukraine will surely agree to this condition so as not to alienate itself from its arms supplier. Ukraine will also need a reliable flow of ammunition for future offensives and armored vehicles to move forces quickly. The West should also consider Ukraine's needs in the coming year and vastly expand the scale of overseas troop training.

In war, the push can be self-sustaining. If the Ukrainians in the occupied cities believe that the invaders are here to stay, some will end up accepting them or even collaborating with them. If they believe that the Russians will be expelled after a few months, they will have the opposite incentive: the resisters will think they are on the winning side; the collaborators, who will end up imprisoned. So the more stolen land Russia loses, the harder it will be for it to keep the rest.

One more reason for Europe to resist Putin's energy blackmail. Following the interruption of Russian gas supplies, European governments have pledged to do everything possible to prevent their citizens from being cold this winter; at the same time, they search the world for alternative energy supplies. The details of the policy can be discussed, but the main thing is to maintain solidarity despite the pain.

Meanwhile, Putin sees the first cracks appearing in his carefully cultivated aura of invincibility. He has managed to quell most of the dissenting voices, but the malaise is coming to light. The hawks criticize the direction of the war. Ramzan Kadyrov, a sinister Chechen warlord whose men have fought and terrorized the Ukrainians, has called the situation on the ground "astonishing." On Russian television, a nationalist tactfully declared that Putin had been misguided. Some brave local politicians in Moscow and St. Petersburg have even called for the Kremlin leader to resign.

The Russian economy has weathered sanctions better than expected but is slowly stalling, and energy prices that benefited Russia have also fallen. The West should try to drive a wedge between the regime and the Russian population. Western leaders should insist that their dispute is with Putin, not with his subjects. Western countries should welcome Russian defectors; especially the most educated. Instead, they should deny visas to Russians serving the regime. Hopefully, Russia's elite will tire of isolation, just as its security forces tire of being pushed into an unwinnable war by a tyrant with delusions of historical grandeur. Russia can end this conflict as soon as she decides. However, peace will not be in the terms initially planned by Putin.