Virginia Torrecilla, named player of the year by the newspaper 'The Guardian'

The Majorcan soccer player Virginia Torrecilla has been named player of the year by The Guardian newspaper. 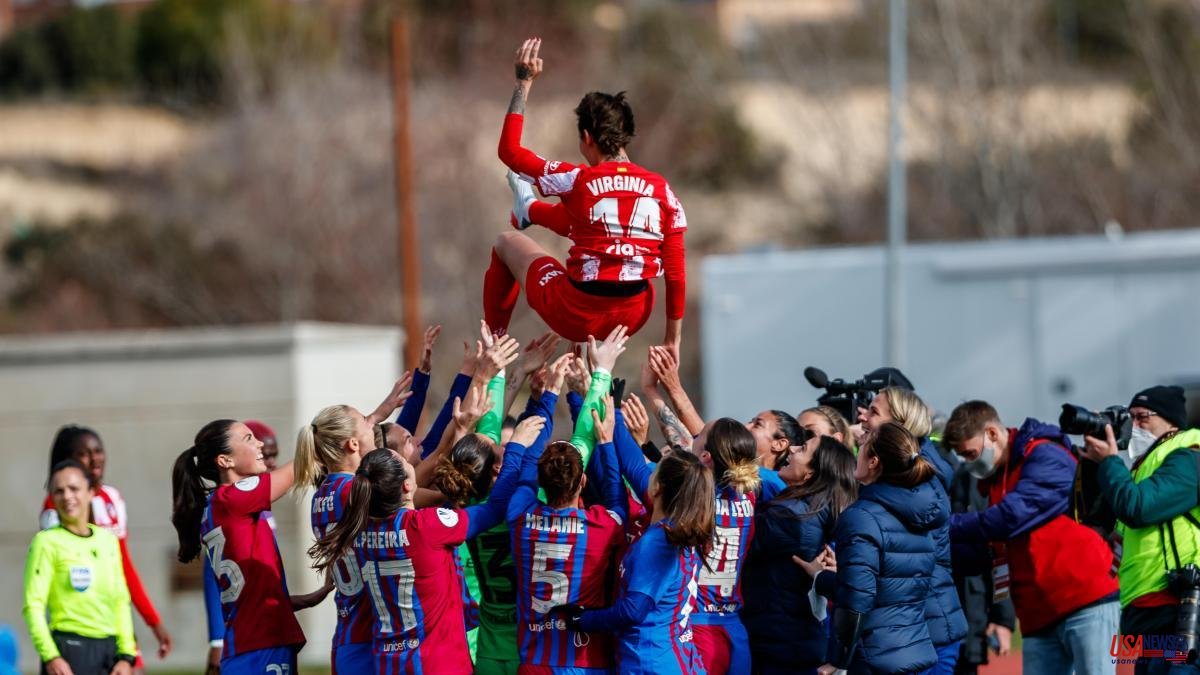 The Majorcan soccer player Virginia Torrecilla has been named player of the year by The Guardian newspaper. Every year, this publication recognizes the footballer -man or woman- who has stood out for some merit off the pitch and this year has chosen the Atlético de Madrid player for her story of improvement when she is about to celebrate one year of his return to the pitch after overcoming a brain tumor.

The ordeal of the former Barça player began in May 2020, neck pain that would not go away, dizziness... Fortunately, being an elite athlete and being so controlled, she immediately underwent medical tests that ended up detecting a tumor in the brain. She immediately went through the operating room and began a long road that came from chemotherapy sessions, radiotherapy... months in which she saw her body weaken until it reached 40 kilos and was almost unable to stand up.

They were very hard weeks, including a very strict confinement due to the pandemic, since he could not risk catching it with such low defenses. And when he finally began to see the light, life had saved him another hard blow. In June 2021, while he was driving with his mother, a pickup truck violently struck the car from behind. She was unharmed, but her mother would end up a paraplegic. "I could not understand why this was happening if I have never been a bad person," Virginia explains to The Guardian, still unable to explain everything she has experienced in recent years.

If overcoming a brain tumor had been difficult, her mother's accident dealt her the final pang. “She was down,” she acknowledges as she explains the depression into which she fell. “She would go through cancer fifteen more times. Fifteen! Just because my mom walked again, ”she says, unable to hold back her tears.

The soccer player came to consider hanging up her boots, but her family managed to keep her faith and finally, 683 days later, she stepped on the green again. It was in January 2022, in the Super Cup that was played in Las Rozas and against her former team, Barcelona. There were five minutes to go and, although Atlético had lost the match, the result went into the background. All eyes and applause went to a Virginia who was once again a soccer player after a tremendous ordeal. The blanket of the Barça players to her former teammate is already one of the most iconic images in the history of women's football in this country.

The Guardian newspaper awards a footballer –man or woman- each year for their achievements outside of purely sporting aspects, whether overcoming some adversity or setting an example of sportsmanship or solidarity. Last year, the award went to the Dane Simon Kjaer, for his quick reaction when Christian Eriksen collapsed during the Eurocup suffering a cardiac arrest.