Cádiz and Villarreal drew 0-0 this Saturday at the Nuevo Mirandilla stadium, where the people from Castellón, after this small slowdown for their high aspirations, were unable to overcome a team from Cádiz who they let escape alive in an alternative match, although of greater dominion and better occasions for the visitors. 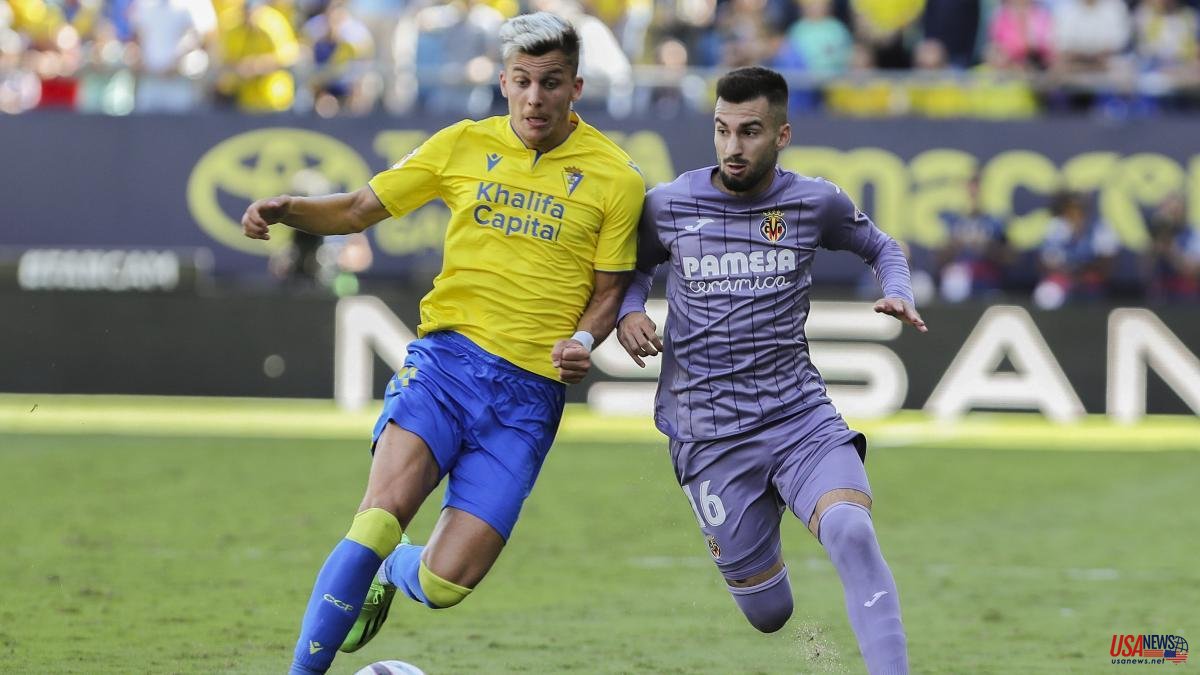 Cádiz and Villarreal drew 0-0 this Saturday at the Nuevo Mirandilla stadium, where the people from Castellón, after this small slowdown for their high aspirations, were unable to overcome a team from Cádiz who they let escape alive in an alternative match, although of greater dominion and better occasions for the visitors.

The team coached by Unai Emery, despite being the dominator during almost the entire match and enjoying most of the scoring options, could not break Cádiz, which is still in the relegation zone, due to its lack of success, although showed quite a bit of improvement, and also because of the extraordinary performance of Argentine goalkeeper Jeremías Conan Ledesma, who was a wall against the visitors' shots on goal.

In the first half, Villarreal came out with determination, searching incisively for their center forward, the Senegalese Nicolás Jackson, who had two chances against Conan Ledesma, but the Argentine goalkeeper, perfect in his interventions, avoided the goal. The first, at 8 minutes in a shot inside the cadista area; and the second after a defensive error by the yellows that Jackson, at close range, did not take advantage of (m.13).

The nerves took over Cádiz at times and Lesdesma had to be attentive to a transfer behind a defender who was going to sneak into the Cadiz goal (m.14), after which Villarreal forced continuous corner kicks in their attack actions , lavish, but perhaps missing some boil.

This was the case in a triangulation of their forward that ended in a bad shot by the Argentine Giovani Lo Celso to the side of the net, when he entered alone and had a clear opportunity to score (m.33). From then until the break the game declined, with a slow rhythm of movement by Villarreal against a Cádiz located to cover spaces and without attacking ambition.

After the restart, Villarreal came out again with the intention of commanding the match and not letting Cádiz have the ball. Under the direction of Dani Parejo, he began to open the game to the wings and on a climb down the left side Alfonso Pedraza crashed the ball into a post (m.55).

Jackson met Ledesma again, who stopped the African's low shot in a one-on-one (m.62), in a phase in which the visitor's siege had no end and in which the Argentine goalkeeper again saved to the people of Cadiz after an outside shot by Álex Baena (m.64).

The cadista coach, Sergio González, freshened up his team with several changes and Unai Emery reinforced his lead to face the final minutes of the match. The entrance of the Honduran Anthony Lozano revolutionized the Cadiz attack and even Choco was able to score with ten minutes to go, in an individual action that was stopped by the Argentine goalkeeper Gerónimo Rulli.

Cádiz insisted until the end against a retracted Villarreal and that in the final stretch seemed to be satisfied with the tie, but without any success for the people of Cádiz, who added their first point at home, but still have not won at home.

Referee: Iglesias Villanueva (Galician Committee). He expelled the local Carcelén for grabbing Danjuma when he was going alone towards the goal (m.92). He admonished with yellow card the cadistas Alcaraz and Alejo, and the visitors Rulli, Coquelin and Baena.

Incidents: Matchday 7 of the First Division, played at the Nuevo Mirandilla stadium before some 17,000 spectators.