Vilda: “If we go out to speculate, I am convinced that it would go wrong”

The Spanish team is one point away from qualifying for the quarterfinals of the European Championship. 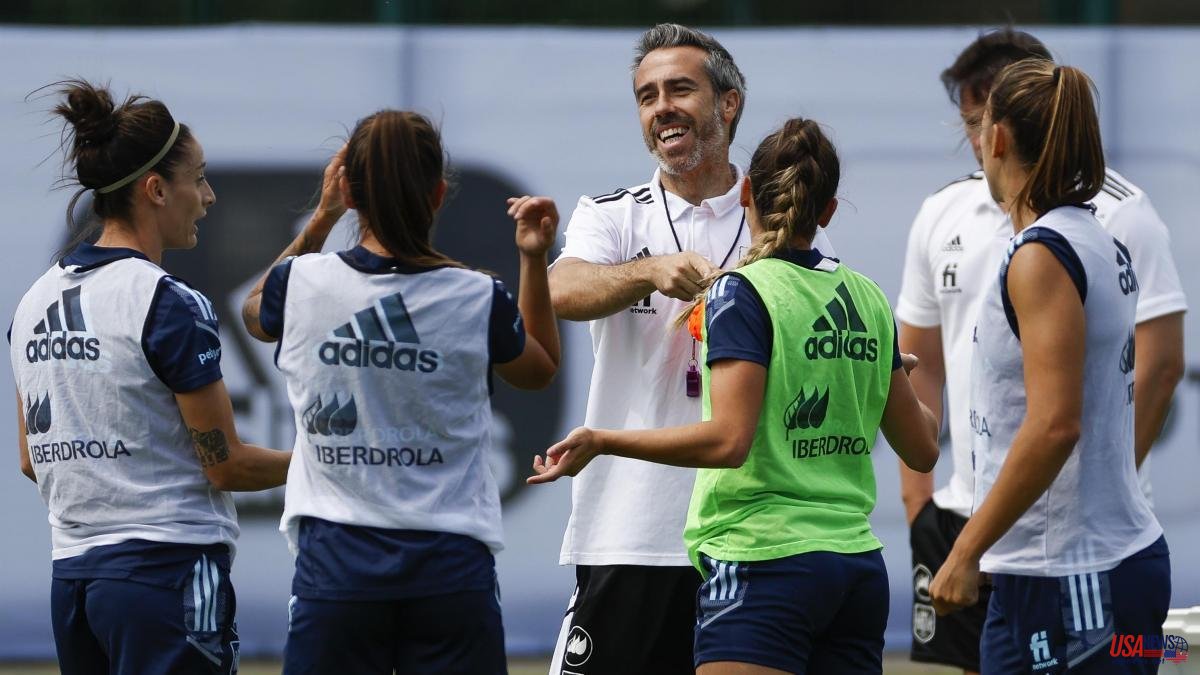 The Spanish team is one point away from qualifying for the quarterfinals of the European Championship. A draw against Denmark is enough for the red team to secure second place, but the team does not contemplate anything that is not a victory: “If we go out to speculate, I am convinced that it would go wrong. Spain always comes out to win games”, Jorge Vilda assured in the preview of the last game of the group stage. Along the same lines, Irene Paredes highlighted the significance of the match: “It's not the most difficult game we've played, but it is one of the most important because of what it entails. We know what we're playing for."

The captain of the national team explained that the dressing room had already recovered from the defeat against Germany on matchday two: "We were hurt after the game, but now we have a new opportunity, a final for which we have nothing in mind other than gain". In this sense, Vilda has not wanted to contemplate any result that does not classify the Spanish team: “I have not put myself in that scenario. All our focus is on playing tomorrow's game”.

One of the questions ahead of the game is in what condition Laia Aleixandri will arrive, who retired against Germany in the 70th minute due to muscle problems and trained alone yesterday. “We have done an MRI and she will be available to train with us today. He will do a part of adapted training at the beginning, and if it goes well, the rest of the work will be done with the group", explained a Vilda who has opened the door to novelties in the eleven: "There may be changes", he has succinctly sentenced.

Asked about the problems that Spain has shown by conceding so early in the two games of this group stage, Vilda has been confident: “We have influenced how to solve it and how to have security in those first minutes. I think they are specific errors that can be easily resolved, it had never happened to us”.

Regarding the rival, the Madrid coach highlighted Denmark's “competitive character”: “It's a team with experienced players. He has won many games in the last few minutes, so we cannot trust each other at any time, ”he warned. Vilda has referred to the quality of footballers such as Pernille Harder, who "can define the game", and Nadia Nadim, who "with her quality and experience can mark you at any time".

"Denmark has many facets and controls them all, it is a high-level team," warns the Spanish coach, who also points out that their rival tomorrow is only worth a win to go to the quarterfinals, which will force them to "expose more”, as the game progresses.