Vilagrà urges the Government to "work thoroughly" for the "dejudicialization"

The "dejudicialization" of politics is the great folder by which the central government and that of the Generalitat seem to have decided to resume dialogue. 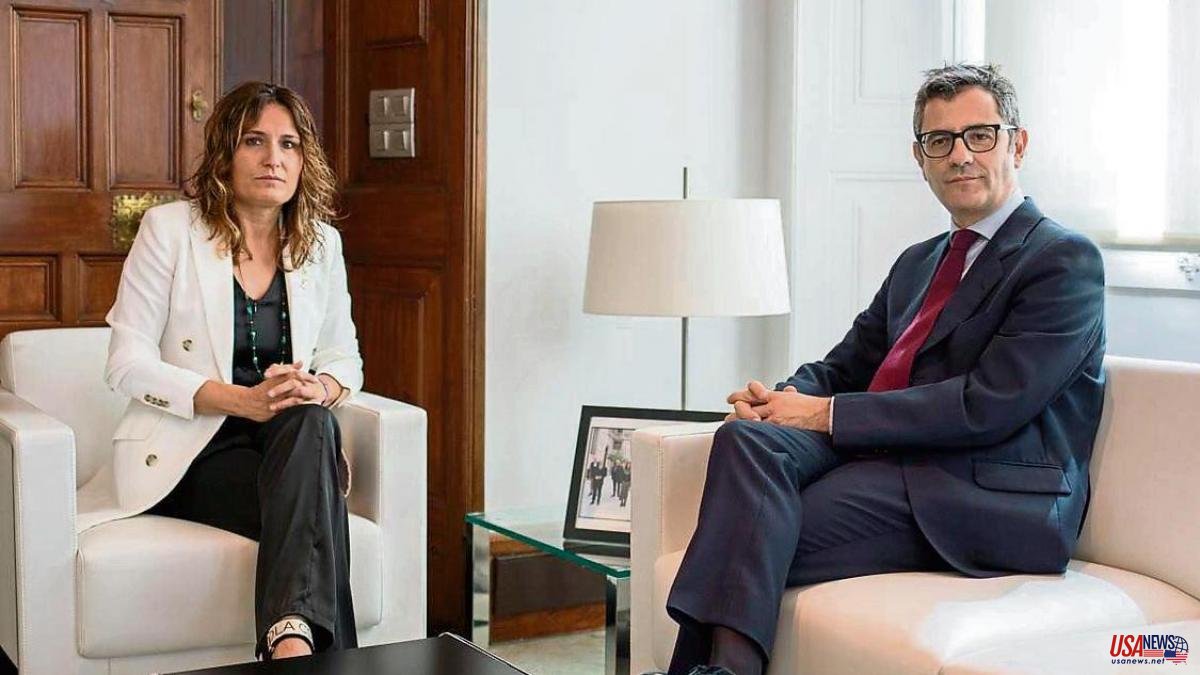 The "dejudicialization" of politics is the great folder by which the central government and that of the Generalitat seem to have decided to resume dialogue. It would be about finding a solution to the legal cases that still derive from the procés, which affect, among many other defendants, pro-independence leaders who decided to evade Spanish justice by moving to European countries. And now there seems to be a rush to make progress in this area.

The Minister of the Presidency, Laura Vilagrà, yesterday urged the Government to "work thoroughly" in this regard so that "important changes", "facts" and "results" take place in the "next weeks or months".

Vilagrà thus responded to the difficulties posed by the Minister of the Presidency, Félix Bolaños, in an interview published in El Periódico, where he reaffirmed that his Executive is "absolutely in favor" of reforming the crimes of rebellion and sedition of the Penal Code but warned that for now "there is no absolute majority to address it."

Vilagrà acknowledged yesterday that some issues need "larger majorities", but the variety of court cases makes others "more political will and simpler".

The reform, which could serve as a solution to cases such as that of Carles Puigdemont, has always been on the Government's legislative agenda, but has been delayed until it disappeared from this year's plan.

But the calendar presses. JxCat wants to set the next 1-O as the date to break the dialogue table and the investiture agreement with the CUP established the time horizon to obtain results next spring.

That is why the Government wants the involvement of Junts and its presence at the dialogue table, although it does not seem that the post-convergents are going to change their delegation to be able to be in it. Their absence allows them to discredit a dialogue that "is between the ERC and PSOE, in no case between the Government", as Laura Borràs criticized yesterday.