The "anti-repressive agenda" is emerging as the key factor in the thawing of relations between the central government and the Generalitat. 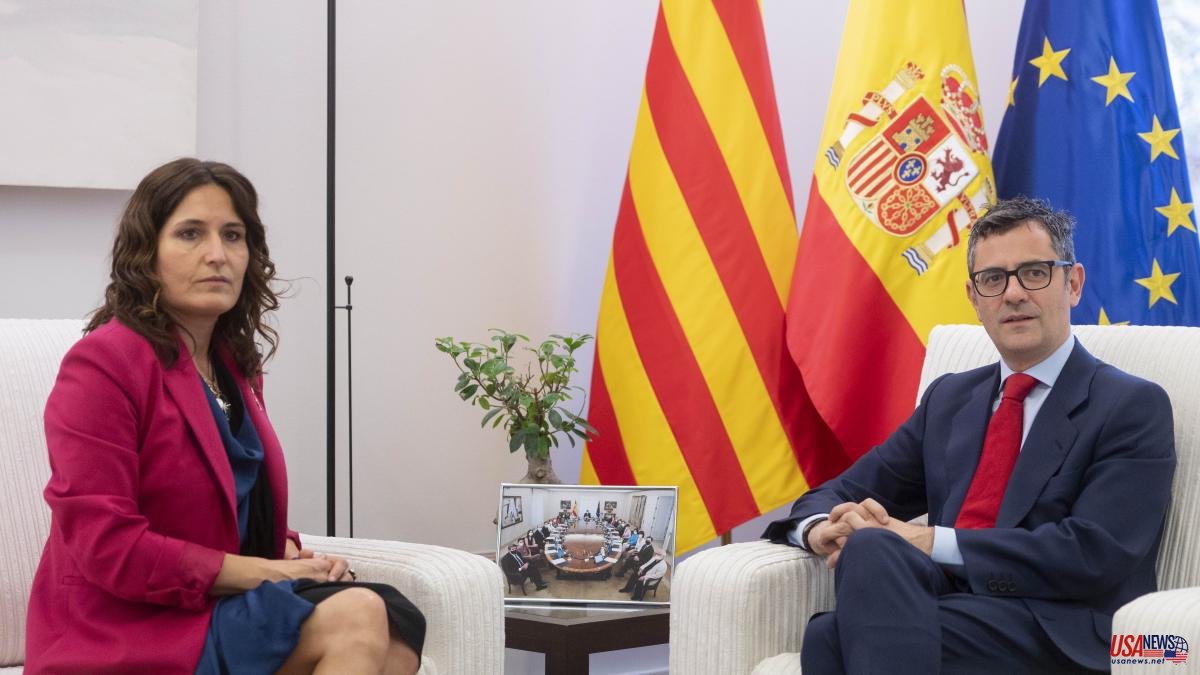 The "anti-repressive agenda" is emerging as the key factor in the thawing of relations between the central government and the Generalitat. This follows from the words of the Minister of the Presidency, Laura Vilagrà, who after meeting yesterday with the Minister of the Presidency, Félix Bolaños, in Moncloa on Thursday, has pointed to the coming month of July as "key" to reaching agreements with the Central government regarding the "dejudicialization" of political life.

Vilagrà, who was interviewed this morning on RAC1, has assured that the Government "needs to open" a new stage with the Government, with which institutional relations have been "frozen" since the outbreak of the Pegasus case after recalling that the situation is was further aggravated by the little progress made at the dialogue table and by the very low level of budget execution.

In line with this, Vilagrà has insisted on the need to obtain "guarantees and conditions" from the Sánchez Executive in order to generate a "minimum of confidence" and, in this sense, has highlighted that in yesterday's meeting the option of promoting the "anti-repressive agenda". Until now, he has recalled the Minister, "with the pardons it seemed that this agenda was closed". However, Vilagrà has pointed out that this July "will be key" to reactivate it.

"This month of July will be very key, not only because of the meeting between presidents Aragonès and Sànchez, but also in the dejudicialization agenda, which we want clear and specific with changes to the law and whatever is necessary", explained Vilagrà, who hopes that results can be "exhibited".

The councilor has recognized that the change in the definition of the crime of sedition, for which the leaders of the procés were convicted, could be an item on this agenda. It should be remembered that this legal modification was in the plans of the Sánchez Government but that after the granting of pardons a year ago it declined as a priority of the Executive. "There will be elements that are more mature and can be explained and anticipated and other more complex ones that will enter a political agenda of months", Vilagrà stressed.

The Minister of the Presidency, Félix Bolaños, also defends the dejudicialization of politics in the face of the Catalan question and addressing legislative reforms to continue recomposing relations with the Generalitat, although he has assured that he is unaware of the content of the "anti-repressive agenda" to which he is Vilagrà refers, since this is not a concept that the Government admits. Bolaños, in any case, has celebrated the beginning of the thaw with the Generalitat after long months of tension after the Pegasus case. "We are better than we were a few weeks ago," the minister assured, in an interview on La Sexta, after his meeting the day before with the Minister of the Presidency.

"Without a doubt, relations have been resumed, we are better than we were a few weeks ago and I think we will be better in a few weeks," Bolaños stressed. "In addition to having a frank and constructive conversation, we have agreed that we have to continue betting on dialogue", he pointed out about his appointment with Vilagrà. In the coming weeks it is expected that the minister will meet again with the minister, to also put on track an appointment between Pedro Sánchez and Pere Aragonès that will be held before the August holidays, if nothing goes wrong again. In this next meeting between Bolaños and Vilagrà it will be tried to close "concrete agreements" on the framework and methodology of the dialogue between both administrations.

“The fundamental thing is that there is a clear commitment from both governments to dialogue. That when there are difficulties, which there are, we approach them with more dialogue and with more agreement”, Bolaños insisted. On the Pegasus case, however, he has again recognized that "we do not have the same vision." “They value the decisions we have adopted, but they think they are insufficient. And we believe that they are decisions that have sought at all times to clarify the facts, to guarantee that the institutions in Spain act in accordance with the law and with all democratic guarantees”, he defended.

The minister has thus assumed that "we have a discrepancy, but we also have some ideas that are common and some agreements". Among them, that both governments have to continue betting on dialogue. “There is no other option”, he has settled.