Viggo Mortensen: "Humans are capable of amazing things when they work together"

Since he became famous as Aragorn in The Lord of the Rings, this American raised in Argentina who has chosen Madrid to live in has lent himself little to blockbusters. 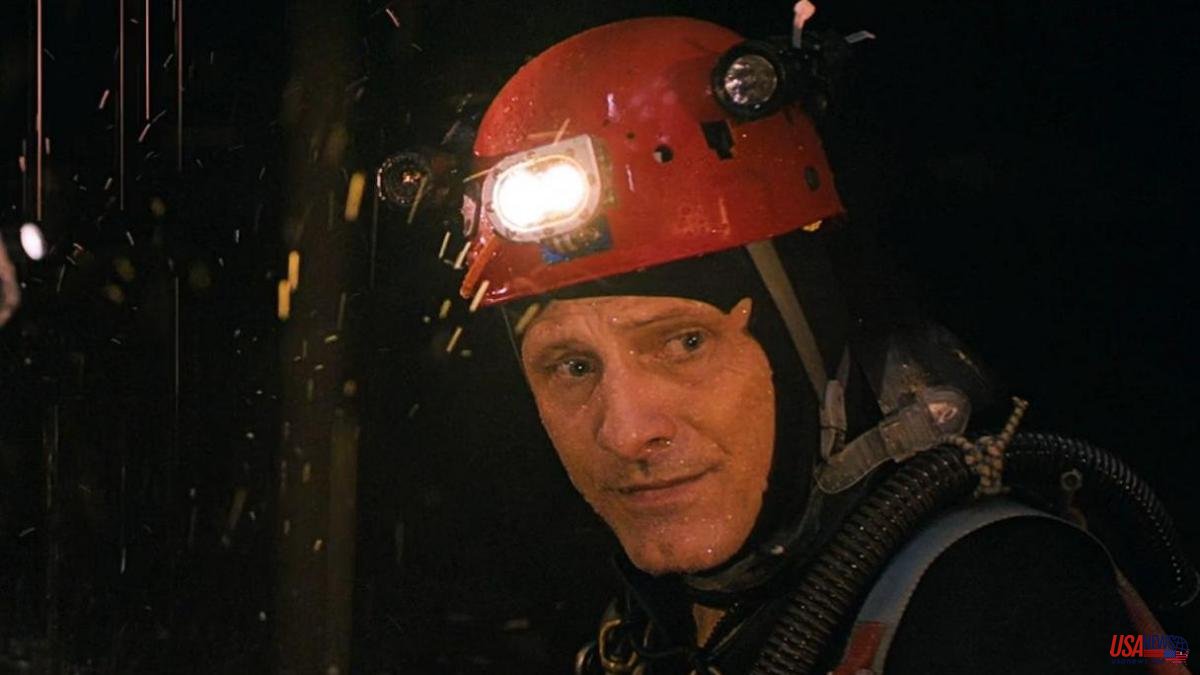 Since he became famous as Aragorn in The Lord of the Rings, this American raised in Argentina who has chosen Madrid to live in has lent himself little to blockbusters. Instead, he has opted for challenges such as Crimes of the Future, his reunion with David Cronenberg, which will hit Spanish billboards in September, and even for directing his own projects, such as the recent Falling, in which he also starred. That is why it is surprising to see him in Thirteen Lives, Ron Howard's film produced by Amazon tells the story of children trapped in a cave in Thailand who are rescued with a risky maneuver. Mortensen plays Rick Stanton, an English diver, which forced him to acquire an impeccable physical condition already in his 60s. Colin Farrell and Joel Edgerton also participate in the ambitious project.

We prepare a lot. Fortunately Ron and his team gave us plenty of time to get ready. I talked to Rick Stanton for months because that happened during the pandemic. We met and he put me in contact with people he had trained in the north of Spain, in the mountains. He explained to me that the rocks were the same as in Thailand and the conditions too, although the water was going to be a little colder, because it was winter. Rick told me to try it. And that I did. I tried it and found it awful, I didn't understand why someone could dive in an underground lake for fun. But as an actor you have to be able to do it well. Also in this case not everything happened to listen to how Rick speaks. I had to learn everything I could about the work from him. And he showed me a lot of material.

How was the shooting?

We traveled to Thailand and all the actors who played the divers prepared meticulously. We study everything very carefully. We knew that it wasn't just about making what we did be believable, we also wanted to survive the shoot. Plus Ron is a great storyteller and he made Thirteen Lives as a giant independent film.

The Thais did their scenes in their language. Twenty years ago, with another director, everyone would have spoken in English, and the plot would have revolved around Westerners, showing their heroism. Not here. And it wasn't a special effects film. We were underwater, doing what you see on the screen. Fortunately, there was a point where Rick told Ron that he thought we had learned enough to do the scenes for real. That they were going to supervise us but that he trusted that we were going to be able to do it well. So it was. Ron was able to film us up close and in the water.

Does the film exemplify the power of community solidarity?

Totally. In these times when so many leaders exhibit selfish, ambitious and dishonest behavior as an example, an event that exemplifies altruistic collaboration is wonderful. None of those who participated in this effort did so to get rich. Neither Rick nor the other divers who came from abroad nor the Thais did it to advance their lives or because they wanted to gain political power. They did it because it was the right thing to do. It was shown that humans are capable of amazing things if they work together. Sometimes we forget and are even fascinated by people who behave really badly, we see how they achieve things like that, they become powerful and that's why we think we have to vote for them. Instead, in this case, a group of unknown people came together and pulled off something amazing for all the right reasons. It is something that should be imitated more often...

He hasn't done many commercial movies since he was in 'The Lord of the Rings'...

I'm very careful about committing to a movie, because I know it's going to take a long time. From the moment you say yes, there are months of preparation. Then comes the filming, the sound work afterwards, and finally the promotion, which can take months and months. It is a process that takes between a year and a half and two years. It's a lot of work and a significant part of my life, so I think about it a lot before saying yes. And I don't decide what they are going to pay me, whether people are going to see it or what it is going to contribute to my career. I wonder if it's going to be something worth talking about when it comes time to promote it, or if I'm going to have to change the subject and make jokes about the funny things that happened on filming. The truth is that I want to fully commit myself to each project I do and be useful to it. Early in my career, there were times when I was running out of money, which happens to a lot of people, and I had to find something that would allow me to pay my rent. But I have been very lucky for many years, I have done well enough to only do what really interests me. I have made many films in which I have been paid very little, and in some I even put money as a producer. And that has been wonderful.