Victory for Luciano Benavides and fourth place for Barreda

Skyler Howes, the man with the mustache, is ready to make history on his fifth Dakar after two retirements. 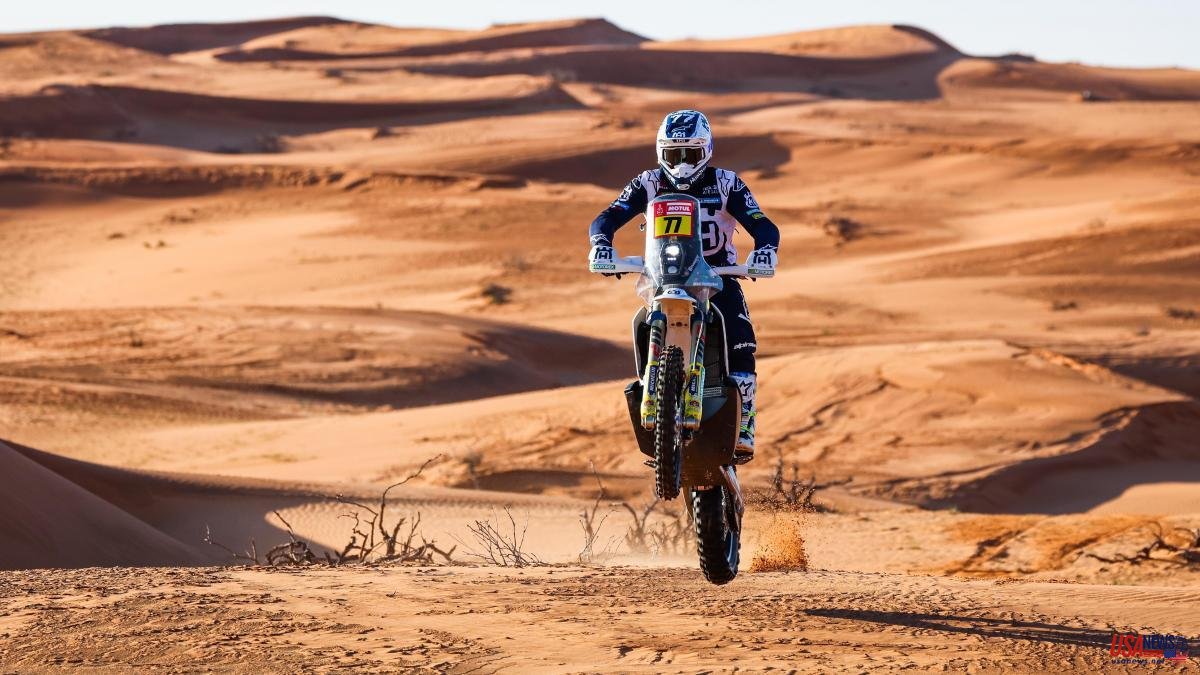 Skyler Howes, the man with the mustache, is ready to make history on his fifth Dakar after two retirements. The Husqvarna rider, who took the lead yesterday Thursday, in this 6th stage has consolidated his position with second place behind his teammate Luciano Benavides, in the first one-two for the company of Swedish origin, belonging to the KTM group .

The motorcycle Dakar continues to be a very open field, without a clear dominator since the historic Cyril Despres and Marc Coma left the category. To show a button: in the six stages played, six different winners.

Luciano Benavides beat his teammate Skyler Howes by 56s, who was initially declared the winner by the organization. Toby Price, the first sword of the KTM, was third at 2m20s, while the Frenchman Adrien Van Beveren, who started in first position as the previous day's winner, finished 11th at 4m22s.

Joan Barreda, who is having a very eventful Dakar (with a broken toe and concussion), was fourth in the stage 2m29s behind the winner, so he remains firm with options.

In the general, Skyler Howes increases his lead over his direct pursuers: he now has Price at 3m31s and his KTM teammate Kevin Benavides at 7 minutes. Joan Barreda is fourth at 10m57s. With his chances of winning his first Dakar in 13 editions intact.