Putting partisan interests before common interest and even common sense is not only one of the democratic shortcomings of current politics. 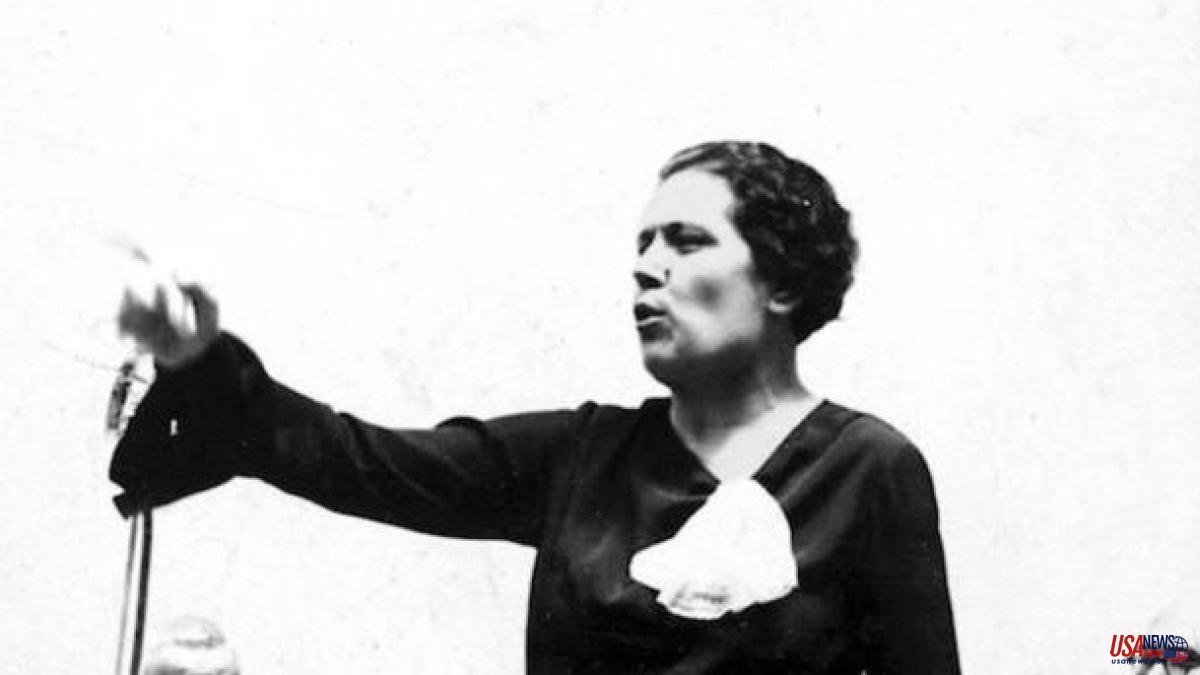 Putting partisan interests before common interest and even common sense is not only one of the democratic shortcomings of current politics. The Republic also offered numerous and unfortunate examples of tension and parliamentary debates where short-termism and electoral strategy came to prevail over internationally recognized fundamental rights such as equality. Without complex.

This was the case of the debate that took place on October 1, 1931 in Congress between the only two women represented in the Chamber, Victoria Kent, deputy of the Socialist Radical Republican Party (PRRS), who in the constituent elections of June That same year, she presented herself in coalition with the Spanish Socialist Workers' Party (PSOE), and Clara Campoamor, deputy of the Radical Party, who brought to the plenary session the proposal for the Constitution to recognize the female vote.

The left-wing coalition considered that the most opportune thing is for a woman to defend the opposite position, and there was no other than Victoria Kent, the second woman who had been admitted to practice as a lawyer in Spain and the first in the world to intervened in a military court.

A declared feminist and fighter for women's rights, Kent had no qualms about defending the "postponement" of the female vote, arguing the lack of preparation of the majority of Spanish women in those years to exercise the right to vote with their own criteria. Behind it there was nothing but the fear that women's suffrages would end up on the right due to the influence that the Church could have on women, as large sectors of the left did not hide in different forums.

The presentation by different conservative movements of half a million signatures of Catholic women so that the new Constitution would respect the "rights of the Church" did not stop abounding in that same argument.

And, in fact, the third woman to reach Congress in the general elections that were already held that same month of October, Margarita Nelken, was also very incisive when it came to rejecting the female vote. She was a deputy for the PSOE before ending up in the ranks of the PCE, she made it clear without any qualms: "Putting a vote in the hands of women is today, in Spain, fulfilling one of the greatest desires of the reactionary element."

The fact is that Campoamor's arguments, in addition to being much more solid and coherent, fit in with the interests of the parliamentary majority, which ended up recognizing the right to women's suffrage by 161 votes in favor and 121 against. Figures in hand, the radical deputy showed that the literacy of men was slower than that of women and, therefore, they would be easier to manipulate than women.

This is how La Vanguardia explained the parliamentary session

”At this moment I ask the Chamber for respectful attention to the problem that is being debated here, because I believe that it is not a trivial problem, nor a problem that we should pass lightly; The female vote is being discussed at this moment and it is significant that a woman like me, who does nothing more than pay fervent worship to work, gets up this afternoon to tell the Chamber, simply, that I believe that the women's vote must be postponed. I think that this is not the time to grant the vote to Spanish women.

”A woman says it who, at the critical moment of saying it, renounces an ideal. I want to tell the Chamber that the fact that two women, who are gathered here, have different opinions, means absolutely nothing, because, within the same parties and the same ideologies, there are different opinions. Such is the case in the radical party, where Miss Campoamor appears. Therefore, I do not believe that this is a reason to wield it in a slightly satirical tone, and that this problem must be considered in its core and not on its surface.

”At this moment we are going to give or deny the vote to more than half of Spanish individuals and it is necessary that the people who feel the republican fervor, the democratic and liberal republican fervor stand up here to say: it is necessary to postpone the female vote . And it is necessary, ladies and gentlemen, to postpone the female vote, because I would need to see, to change my criteria, the mothers on the street asking for schools for their children; I should have seen mothers on the street forbidding their children to go to Morocco; I would need to see the Spanish women all united asking for what is essential for the health and culture of their children.

"For this reason, distinguished deputies, because I believe that with this I serve the Republic, as I believe that I have served it in the modesty of my powers, as I have promised to serve it while I live, it is because of this state of conscience that I stand up this afternoon to ask the Chamber to awaken the republican conscience, to revive the liberal and democratic faith and to postpone the vote for women.

”I ask it because it is not that this diminishes in the slightest the capacity of the woman; no, ladies and gentlemen, it is not a question of capacity; it is a matter of opportunity for the Republic. That is why I ask for the postponement of the female vote or its conditionality; but if we condition women's vote, perhaps we could commit some injustice. If we postpone the female vote, no injustice is committed, in my opinion.

”I understand that women, to become attached to an ideal, need some time to live with the Republic; let the women see that the Republic has brought to Spain what the Monarchy did not bring: those twenty thousand schools that the Minister of Public Instruction spoke to us about this morning, those laboratories, those popular universities, those cultural centers where women can deposit their children to have them true citizens.

"But, at this time, when the President has just received signatures from Spanish women who, with their good faith, currently believe that the ideals of Spain must go another way, when I fervently wanted a few thousand signatures from Spanish women of adherence to the Republic, when I wanted thousands of signatures and thousands of women in the streets shouting 'Long live the Republic!' and 'Long live the Government of the Republic!', I must humbly confess that I have not seen it. , that I cannot judge Spanish women by these university girls who were in jail, honor of the female school youth, because there were no more than four student girls.

"I can't judge Spanish women either because of these workers who leave their jobs every day to support their home with their husbands. If Spanish women were all workers, if Spanish women had already gone through a university period and were liberated in their conscience, I would stand up today in front of the entire Chamber to ask for the female vote. But in these hours I get up precisely to say the opposite and say it with all the courage of my spirit, facing the judgment that women who do not have that fervor and these republican sentiments that I think I have may make of me.

"But today, ladies and gentlemen, it is dangerous to grant the vote to women. I cannot sit down without making my thoughts and feelings clear and without absolutely saving my conscience for the future. That is what I wanted to present to the Chamber.”