Victoria Belim: "Ukraine fights so bravely not to return to the fear and paranoia of the USSR"

Victoria Belim was born in one of the cities that Russian drones attack these days, Poltava, in 1978. 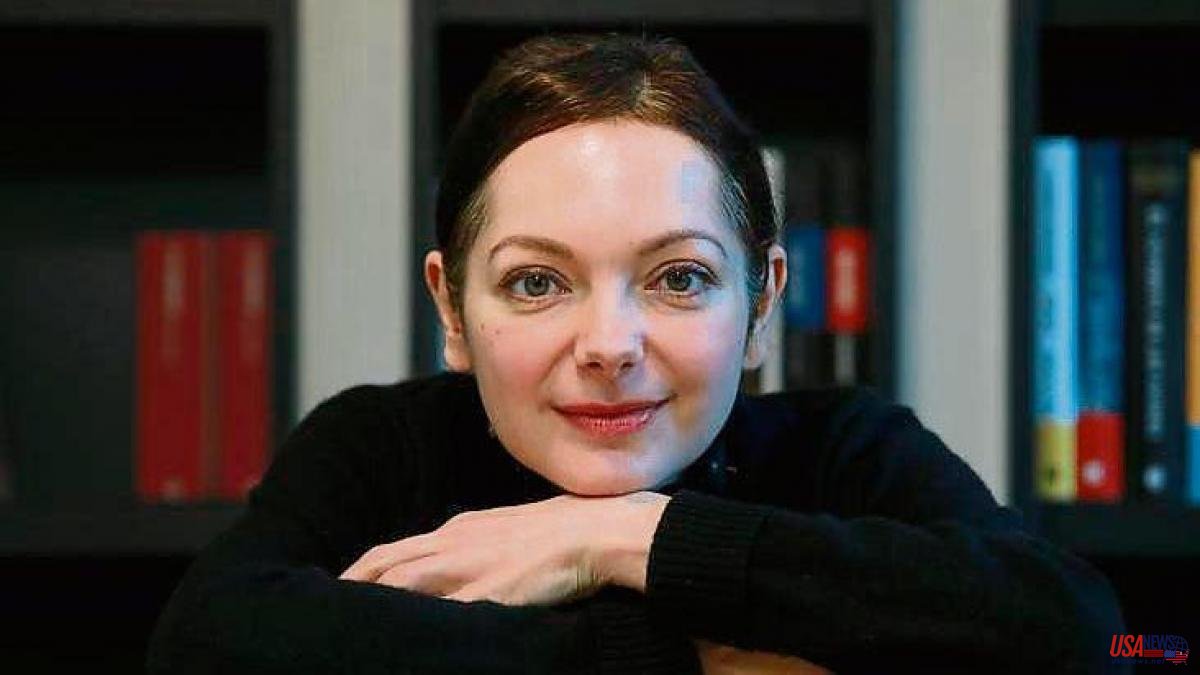 Victoria Belim was born in one of the cities that Russian drones attack these days, Poltava, in 1978. She spent her first 15 years in Ukraine in a family that spoke Russian, but after the collapse of the USSR she would go with them to the crucible par excellence, USA. He was never too concerned about identity, but in 2014 he decided to rediscover his home country and meet his grandmother Valentina. It would be in 2014, the year of the Russian invasion of Crimea, when Belim would begin to understand the complicated history of his country, which he has captured in his novel My Ukraine (Lumen/Univers), a story so close to his own that he gets confused with some memories.

The history of a country still full of Soviet monuments and old KGB torture barracks about which, despite their fear, the Ukrainians made jokes: “It is the tallest building in the city because even from the basement you can see Siberia”. Precisely the protagonist of My Ukraine will end up investigating the disappearance of a relative who was taken from home in 1937 in the middle of the Stalinist purge.

It will be a journey through revolutions, civil wars and the great famine with Stalin, the Holodomor. Until today. “When Crimea was annexed in 2014 I was trying to understand what was happening, it was a shock, bigger than the current war, especially for the generations that lived through the Soviet propaganda that Ukraine and Russia were older and younger brother. I searched the family histories trying to make sense of what was happening and found my great-grandfather's diary, in which there was a single line from my great-granduncle, who disappeared in the 1930s fighting for a free Ukraine. And in 2014 many people died fighting for a free Ukraine," says Belim.

And in that sense he reflects that "we had someone heroic in my family whom no one honored and I wondered why." "I needed to understand the mystery that continued to haunt us a century later," explains the author, who believes that in the country there has been an "impossibility of closing the past: now they are removing communist symbols from the streets after three decades of the fall of the USSR, in many Eastern countries it happened much earlier. And the Holodomor is a trauma not discussed well. Now it is changing."

Above all because he believes that Ukraine has been different from Russia even in power: “In Russia there is an attraction to strong rulers who tell you what to do. In the Ukraine the Cossacks elected a ruler who they deposed if they wanted, there was a very anarchic but democratic element, that shapes the world view. Russia is an empire and she has never given up that idea of ​​herself."

“People – he says – are mistaken in believing that Russia cannot be compared to European colonialism. The United Kingdom colonized beyond its borders. Russia colonized its borders.” But, he adds, they have run into Ukraine. “The bravery of the people surprises me less because I have seen how they are linked to the earth, for my grandmother she was sacred, she would have made many sacrifices for her cherry orchard. And people are now taking care, protecting their land,” she concludes.