Vicky López, the Barça pearl signed on the beach

Vicky López (2006, Madrid) became last weekend the youngest debutante in the history of Barça since its professionalization. 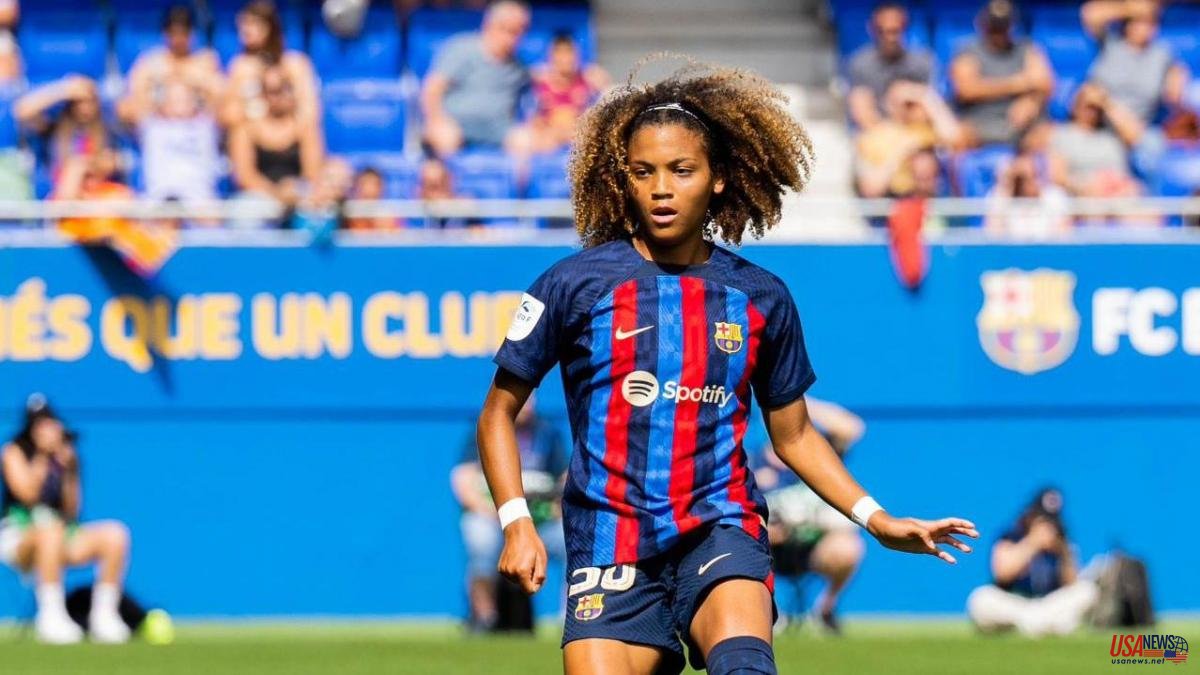 Vicky López (2006, Madrid) became last weekend the youngest debutante in the history of Barça since its professionalization. The midfielder started against Granadilla in the first league game, accompanying Keira Walsh, the most expensive signing in the history of women's football, in the Barça engine room. “It is an honor to have debuted with Barça. Now I have to keep pushing and showing that I want to play more games with the first team”, confessed the player after the match.

At 16 years, 1 month and 19 days, she has surpassed Claudia Pina as the youngest player to make her official debut with the Barça first team: “At the beginning I was a little more nervous and as the game progressed I was a little calmer and enjoying the game and the atmosphere”, he explained. But this is not the first record of precocity that this promise of Spanish women's football has broken. Last season she also became the youngest player to debut in the First Division. She did it with 15 days, 1 month and 10 days at the hands of Madrid CFF in a match against Athletic in which she replaced Geyse Ferreira, today also a teammate at Barcelona.

It was precisely the Madrid club that discovered its enormous potential thanks to a lucky chance. Vicky López was on vacation with her cousins ​​in Benidorm, in the same block where Alfredo Ulloa, president of Madrid CFF, also spent the summer. With him were her daughter and club player Paula Ulloa and Alba Mellado -now at Levante Las Planas-. Thanks to her characteristic curly hair, they immediately recognized her from a summer camp she had participated in and invited her to play on the beach.

Just as it happened during that campus organized by Rayo Vallecano, Vicky dazzled everyone with her quality with the ball. Thanks to the friendship that had just been forged between them, she managed to convince her family to sign for Madrid CFF and she became part of her quarry.

Personally, these were difficult times for her. His mother spent long periods in the hospital due to a serious illness from which she would end up dying in 2020. It was precisely to her that he wanted to dedicate his debut with Barça last weekend: "I want her to be proud of me," he told club cameras.

The Ulloa family played a fundamental role in these complicated months for Vicky and her parents. Vicky was brought to and from practice while her father accompanied her mother to the hospital. They sheltered her family offering them support and logistical help so that she could continue playing soccer. A generosity that he has not forgotten, as he showed in the emotional farewell letter he published when he signed for Barça this summer: “It is never easy to say goodbye to the club that welcomed me and helped me in the most difficult moments of my life. I want to thank the president and Paola Ulloa for their trust and help day after day. A thank you falls short for everything you have done for me”.

Born in Vallecas, of a Spanish father and a Nigerian mother, despite her youth she has already shown that she has enough spirit to be in the elite. She has lived in La Masia since her arrival in Barcelona last July, where she landed after becoming runner-up in the European Under-17s. She has a record of the subsidiary, although she is in the dynamics of the first team, following in the footsteps of other young promises who have passed through the Barça youth academy before, such as Bruna Vilamala or Jana Fernàndez, today under the command of Giráldez. With a contract until 2027, there is no doubt that this is one of the great future bets for the Barça club. A diamond that still needs to be polished, but that can end up being one of the most precious pieces of equipment.