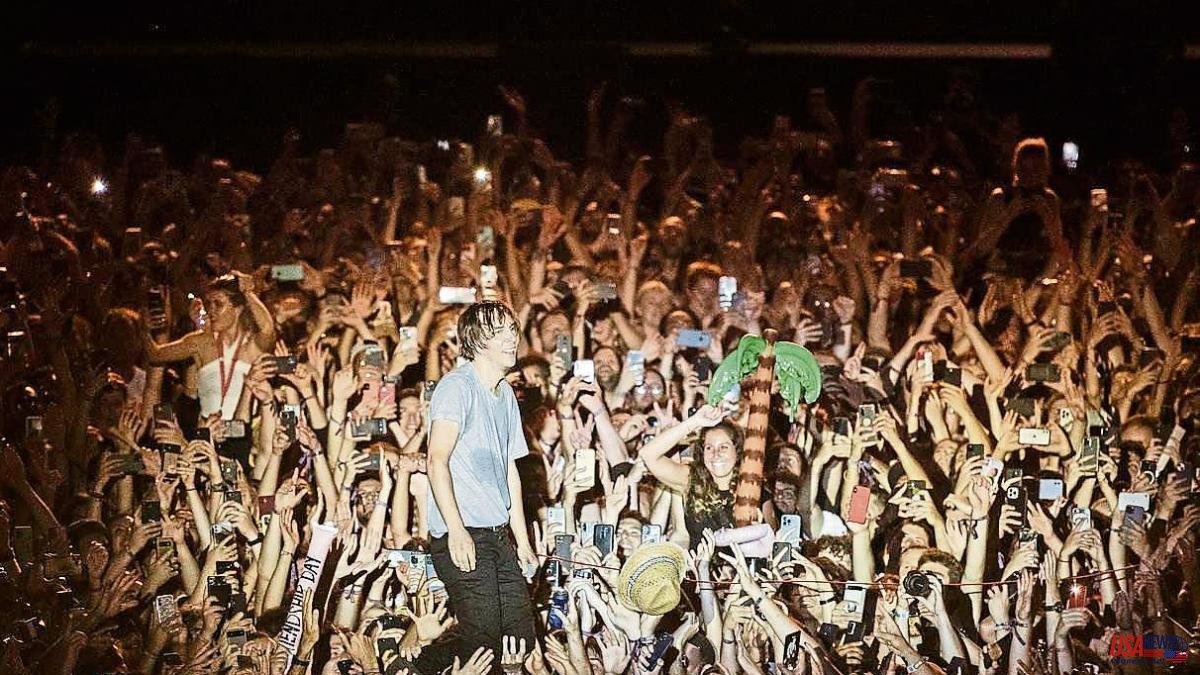 The imposing Texan rapper Megan Thee Stallion closed the performances on the main stages of Primavera Sound, culminating a torrential and historic 20th anniversary. Originally from Houston, her visit to the festival has meant her debut in our country; first in Razzmatazz, during Primavera a la Ciutat, and yesterday in style.

Another choreographed hit was Body, whose lyrics say “I'm a hot ebony”. And he really is, managing to create through lewdness –another of his hallmarks is continually sticking out his tongue– a powerful character whose art is based on old school hip hop, with the sole help of his phrasing, which is answered by the DJ, in charge of shooting some simple but very effective bases. A performance that will go down in the annals of the festival.

At the same time, Puerto Rican reggaeton star Jhay Cortez performed at the other end of the venue, preceded on other stages by a performance of European pop and rock. We were able to see the Belgian Angèle, singer-songwriter and actress, who makes a sophisticated mix of pop and R

Another that stood out was Phoenix. The veteran group from Versalles performed as a sextet on one of the big stages, making it clear, as the title of their song Trying to be cool says, that they continue to sound modern with a pop formula that includes rock guitars and synthetic sounds, in a repertoire that began with his classic Lisztomania and ended very high up with Rome and 1901 .

Such was the euphoria that their singer Thomas Mars did not hesitate to immerse himself among the fans in the front rows who lifted him up, producing the effect that he walked over the crowd like a God of rock.

Also worthy of mention is the post-punk download created by Viagra Boys, a band from Stockholm with a tattooed singer who seems to be a disciple of Johnny Rotten. In his forceful and sharp sound, the contribution of a saxophonist who makes his instrument sound like a croak stands out.

In the British installment, the presence of the singer Jessie Ware stood out, as she arrived at the festival on the presentation tour of What's your pleasure? With a totally disco influenced sound she caused tons of pleasure with her own songs like Please, Soul control or Mirage (do n't stop).