Vertigo to change in Chile

Chile has taken a step back in the process of transforming its ultra-liberal political and economic system, a legacy of the dictatorship. 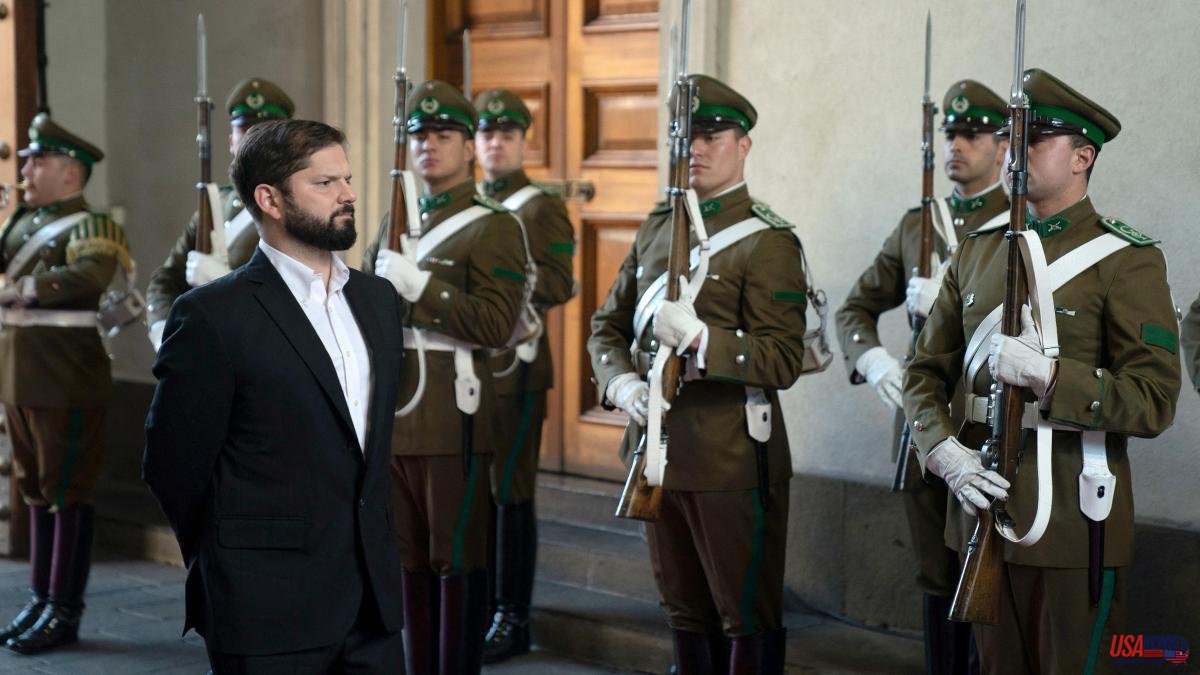 Chile has taken a step back in the process of transforming its ultra-liberal political and economic system, a legacy of the dictatorship. The Constitution promoted by Pinochet in 1980 is still in force today, but its repeal is only a matter of a little more time after the clear rejection that Chileans expressed on Sunday against the draft of the new Magna Carta drafted by a Constitutional Convention that has ended up discredited the light of the results.

The compulsory vote turned the plebiscite into the election with the largest turnout in the country's history and led to an unquestionable result. Despite the fact that all the polls narrowly predicted a victory for rejection over approval –as the ballot papers were identified-, finally 61.86% of citizens rejected the text compared to 38.14% who endorsed it. Three million votes difference.

However, this does not mean that Chileans want to maintain the Constitution of the dictatorship -despite the thirty modifications introduced since the restoration of democracy in 1990-, since even the heirs of the Pinochet right-wing defend the need for a new Magna Carta , after in 2020 78% of citizens expressed themselves clearly in favor of a new fundamental text.

No one disputes that majority will. The leftist president Gabriel Boric - whose government turned to approve - had made it clear before Sunday and reiterated it that same night in a solemn message to the nation, after knowing the result, where he called for unity and the search for of consensus. "We will carry out a round of talks to collect the proposals of the different sectors that have committed themselves to the country with establishing a new constituent process," said the president, warning: "Let's not forget why we got here; that malaise is still latent and we can't ignore it."

And how did you get here? After the social outbreak of October 2019 -triggered by the increase in the subway ticket in Santiago by just four euro cents-, with the streets literally set on fire and the police harshly repressing the violent disturbances, the majority of political formations agreed on a route to ask citizens if they wanted to draw up a new Constitution that would accommodate the different social demands expressed by Chilean society for more than a decade, such as the universal and free right to education and health, decent pensions or recognition of minorities natives.

In that first plebiscite it was also decided that the Magna Carta would be drafted by a Constitutional Convention elected by universal suffrage, without the participation of already elected deputies or senators; another sign of Chileans' willingness to change, who thus repudiated traditional politicians, left and right, seen as allies of the economic establishment for decades.

The Convention – parity and in which traditional political elects were also elected – turned out to be a pot of crickets for activists, indigenous leaders, academics and diverse outsiders with a majority leftist sensibility, who prevailed over the more moderate or conservative proposals.

The country's turn to the left was confirmed with the election of Boric at the end of last year, but polarization also accelerated, since his opponent in the second round was the far-right José Antonio Kast.

Landed in La Moneda last March, Boric has hardly had time to develop his social democratic program. Magical solutions do not exist, but the illusion generated by his arrival in power is deflating. Social discontent continues and the rate of acceptance of it falls. In fact, the rejection of the constitutional project is also interpreted as an early wake-up call for Boric who, as an example, in last year's elections swept Magallanes, his native Patagonian region, who on Sunday opted to reject the Constitution. It is sung that in the next few hours the president will announce a ministerial remodeling betting on more moderate figures.

And what are the reasons for the rejection of a Constitution that enshrines a "social state of law" with objectives that do not differ so much from those of the European charters? Well, in addition to the hidden vote that emerged with the obligation to vote, the identification of the text with Boric or the inflationary economic situation, there is the public discredit of many constituents or an excess of leftist rhetoric in the draft. But, above all, what most worried Chileans according to the polls was the concept of “plurinationality” to advance in the integration of indigenous peoples; when in the south a violent Mapuche group has intensified the arson attacks on fields and trucks, described as "terrorism" by the same activists and politicians from the right, but also from the center-left who have campaigned against the new Constitution. For many Chileans, plurinationality evokes the rupture of the homeland and resonates with ultra-left Bolivarian echoes.

Faced with the impossibility of opposing the clamor for social changes, patriotism has been exploited by the old Pinochet right-wing and by some leaders of the defunct progressive Coalition to stop the economic and social changes demanded by society.

Chileans are beginning to feel dizzy from so much change and a majority -especially from the upper-middle class and middle-aged, according to surveys- think that perhaps the time has come to moderate.