The champion always ends up imposing his law. 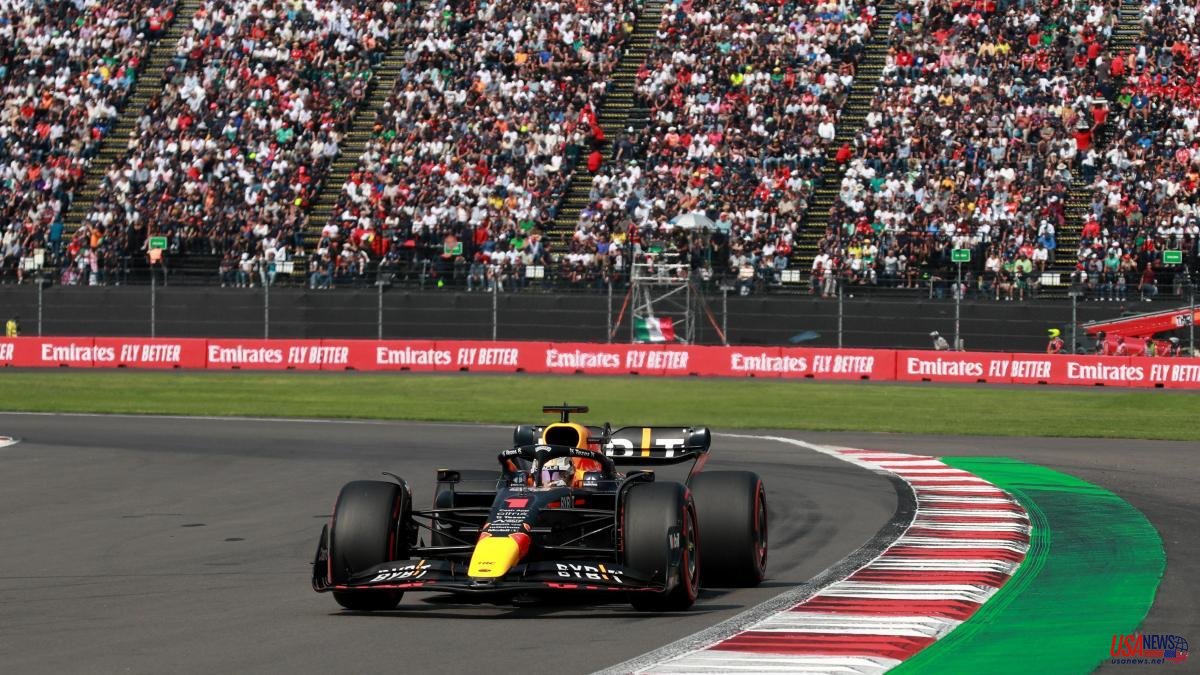 The champion always ends up imposing his law. He was not seen throughout the weekend at the Autodromo Hermanos Rodríguez in Mexico City, but at the moment of truth, in the last qualifying heat, Max Verstappen took pole, the sixth of the season, leaving his immediate pursuers, the two Mercedes, three tenths behind.

It is the first step of the Dutchman to try this Sunday (9:00 p.m., Spanish time) to win a new historical record in F1: that of victories in a season. If he wins, it will be 14 wins, one more than those achieved by Sebastian Vettel (2013) and Michael Schumacher (2004).

That will be if the two Mercedes allow it. "We have made the best qualifying of the year", commented an animated Hamilton, who on no other Saturday had been as fast as in Mexico, perhaps helped by the altitude. He was already 3rd in Austin, but in the Hermanos Rodríguez he was flirting with pole, which he has not achieved for 11 months (at the 2021 Saudi Arabian GP, ​​last December).

It was one of the most competitive qualifying sessions of the year. In Q1, the initial dominance of the Ferraris and after Verstappen was succeeded on the last lap by a Hamilton who ratified the recovered power of Mercedes, as George Russell hinted with the best time in Free Practice 3 and Free Practice 2 on Friday.

The second qualifying heat confirmed the good moment of the Mercedes, with Hamilton in the lead and Russell second, although in the last laps Carlos Sainz got between the silver cars, just 8 thousandths behind Lewis. In fact, the equality was maximum, with five drivers separated by only 63 thousandths, from Hamilton to Checo Pérez. Verstappen was fourth, just 14 thousandths behind his great rival from 2021. Alonso entered the top 10 in last position.

The final Q3 was very competitive, one of the tightest of the season. The champion appeared, a runaway Verstappen who was the only one to lose 1m18s (1m17s947). The two Mercedes were hot on his heels, but Hamilton's second time was annulled for setting off the track, so that Pérez moved up to provisional third place, ahead of Sainz. Alonso was 7th.

In the second and decisive attempt, Verstappen redoubled his bet, lowering his best time by almost 2 tenths more and moved away from the Mercedes to 3 tenths to sign his sixth pole of the year. In the previous five, four converted them into victory.

The performance of the Ferrari disappointed again, with Carlos Sainz fifth and Charles Leclerc seventh. Fernando Alonso only surpassed his teammate and will start ninth.