Verstappen, intractable in the sprint race

Max Verstappen dominated the 23-lap sprint race of the Formula 1 Austrian GP from start to finish on Saturday at the Red Bull Ring in front of thousands of Dutch fans. 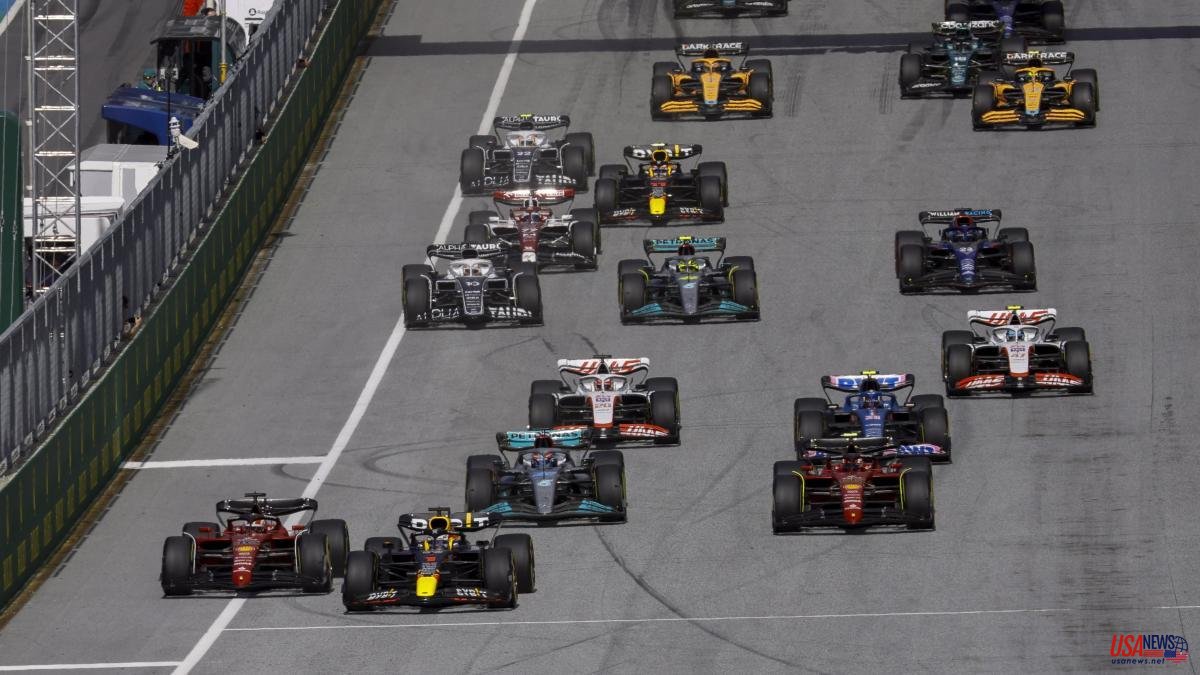 Max Verstappen dominated the 23-lap sprint race of the Formula 1 Austrian GP from start to finish on Saturday at the Red Bull Ring in front of thousands of Dutch fans. The world leader did not give the Ferraris a chance, despite a formidable start from Carlos Sainz, who, starting from third position, managed to put pressure on him during the first lap. Later, the two single-seaters of the Italian team engaged in a fierce battle that allowed the Dutchman to open an insurmountable gap.

Sainz surprised Leclerc, who was starting in second position, with a lower reaction time at the start and overtook him before the first corner. The Monegasque recovered to regain position when the Spaniard was fighting with Verstappen and from there they got involved in an exciting fight, as promised by Mattia Binotto, head of the Italian team. Sainz seemed to have more pace and put pressure on his teammate for several laps. The Monegasque defended aggressively and held the position until the Spaniard decided to settle for third position, but with the confidence that in the race he will have a car to compete for everything. By then, the Dutchman had already paved the way and nothing would change until the end.

“I started well and fought with Max and Charles on the first lap. It's been fun. But I have overheated the tires and I have opened the distance to be able to finish the race. We are in the fight”, confirmed Carlos Sainz.

The Mexican Sergio Pérez, who started thirteenth due to a sanction for leaving the limits of the track during qualifying, was one of the most active as he climbed up to eight positions to sign fifth place. In Mercedes, George Russell stood up for the team with fourth place, but Lewis Hamilton, who had crashed the day before after a spectacular run off the track, had to fight against the surprising Haas of Magnussen and Schumacher. The Briton could only beat the son of the five-time world champion and will start from eighth position on the grid.

The unusual image of the day was starred by the Asturian Fernando Alonso (Alpine), who at the time of starting the warm-up lap remained on the track with the thermal blankets on the wheels. A new battery problem that prevented him from competing in the sprint race and forced him to start from the last position in the race. "I think it was a battery problem because everything in the car turned off. We have tried with an external battery but we have not been able to turn it on either. Another weekend that we ran out of points in this part of the garage. so far this year we will have lost about 50 or 60 points".