'Versions': magical realism through the eyes of Alberto Breccia

“I cannot illustrate Rulfo as if he were Onetti, each one of them writes in a different way”. 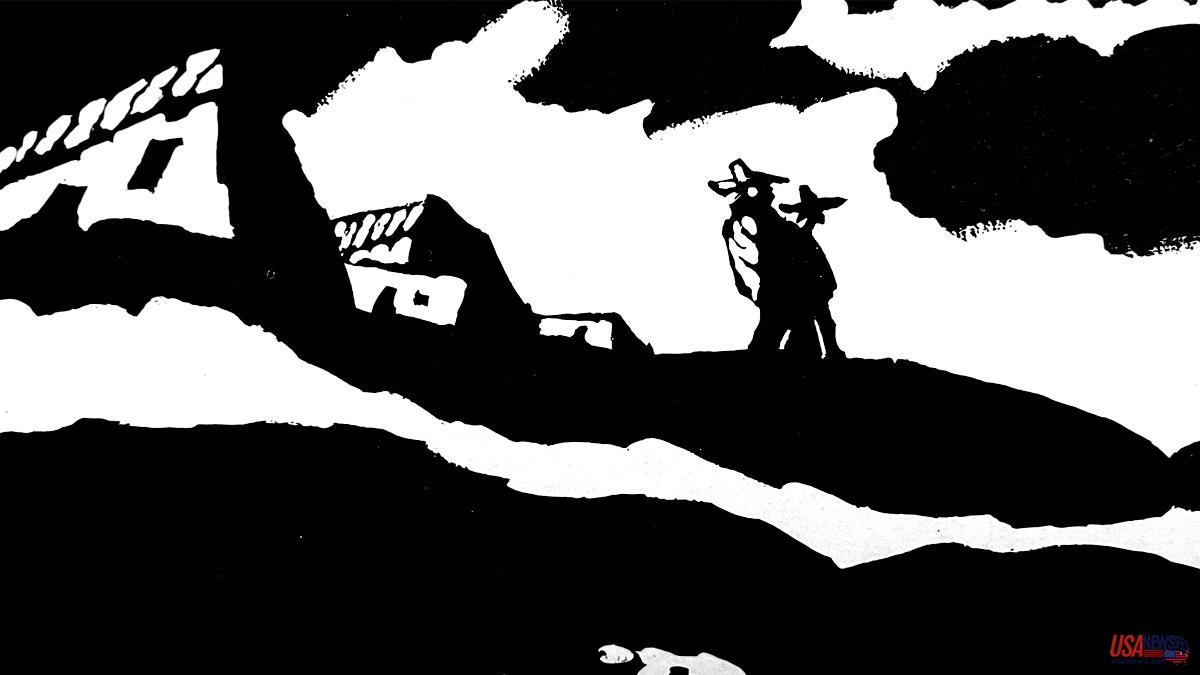 “I cannot illustrate Rulfo as if he were Onetti, each one of them writes in a different way”. In this way, as simple as it is categorical, Alberto Breccia justified the variety of styles that he used when adapting other people's texts in the form of comic strips. This artistic diversity becomes clear just by browsing the album Versiones (Astiberri), a compilation of six comics that adapt original stories by Borges, García Márquez, Quiroga, Carpentier and the aforementioned Rulfo and Onetti.

The variety of styles is a feast for the eyes of the reader who immerses himself in these pages. And they confirm why Alberto Breccia is considered –with justice– one of the best and most influential comic book authors that the medium has ever produced. But that overwhelming graphic power must always be seen under the warning of Breccia's opening sentence: his variations are not an aesthetic whim but his way of capturing the author's literary voice and transferring it to another discipline, in this case comics.

Alberto Breccia's expressionist graphics are rocky. More than drawn, these characters and settings seem sculpted after chiselling a rough stone. In these vignettes, the drawing moans and twists on itself, transferring the tear of everything that these creatures and these places have within them. It is a drawing that transmits history, because Breccia contains the original literary world.

Versions compiles six comics published between 1975 and 1985 and never published in book form in our country. There are six short stories that, if they have something in common, is to portray without compassion the baseness of the human being. All are adapted by the screenwriter Juan Sasturain except the last one, which we owe to Carlos Trillo, two regular collaborators of Alberto Breccia. The album starts with El fin, a short text by Jorge Luis Borges in which a mythical character from Argentine literature appears –Martín Fierro– of which a kind of final chapter is offered. A story full of pauses and silences.

It is followed by Remember, based on a text by Juan Rulfo. There, Breccia's drawing abandons the ranges of gray from the first story to exploit a pure black and white. An almost hurtful chiaroscuro. As occurs in three more pieces: Similar to the night, by Alejo Carpentier; The prodigious afternoon of Baltazar, by Gabriel García Márquez, and the disturbing La gallina degollada by Horacio Quiroga. The compilation is completed with the adaptation of Las mellizas, by Juan Carlos Onetti, with a drawing style that is close to that of the famous Perramus cartoon, one of the milestones in Breccia's career.