Yesterday, at the Espai Endesa in Barcelona, ​​the prizes of the Crítica Serra d'Or were handed out, the first without Father Massot, who passed away on April 24. 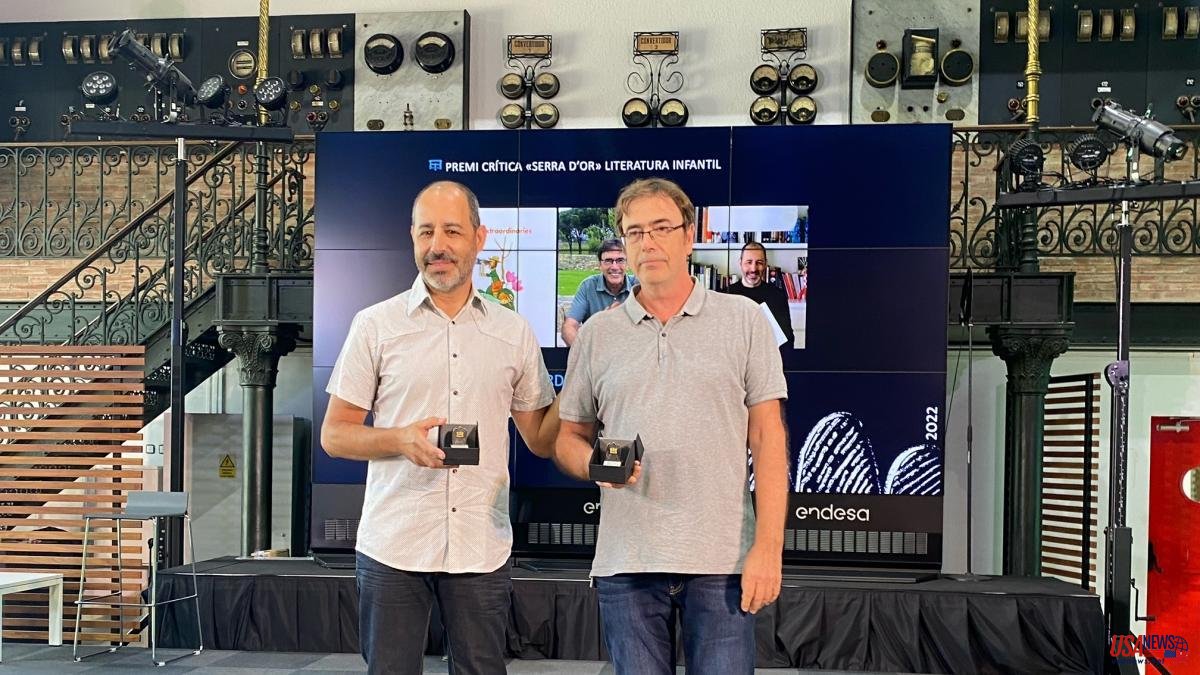 Yesterday, at the Espai Endesa in Barcelona, ​​the prizes of the Crítica Serra d'Or were handed out, the first without Father Massot, who passed away on April 24. Among the winners are Salvador Comelles and Christian Inaraja (children's), Víctor Garcia Tur (narrative), Carles Dachs (poetry), Joan Todó (essay), Josep M. Jaumà (translation), Sol Picó (dance), Òscar Intente (theatre ) or Rum

It has been an agile gala that despite the number of awards that were given, with short speeches of thanks, with the exception of Jaumà, who has dedicated his time to glossing the figure of T.S. Eliot and share his erudition, a few golden minutes that have not weighed in content but quite the opposite. Presented by the journalist Eva Comas, all the winners in the four sections have passed through the stage.

In children's and youth literature (LIJ), which were awarded in last place, the Critica Serra d'Or Infantil prize was for Extraordinary Species (Birabiro), by Salvador Comelles (text) and Christian Inaraja (illustration); and the Youth Award (Knowledge) went to the Petit Sàpiens collection, from Ara Llibres.

In the research section, Mariona Lladonosa Latorre and Manuel Lladonosa Vall-llebrera have won the humanitarian award for A culture for the people. The Congress of Catalan Culture and the modernization of Catalanism (1975-1977) (Encyclopedia); The new geography of Catalonia postcovid (Institute of Catalan Studies), coordinated by Jesús Burgueño, has obtained the science; and the award for Catalan studies has gone to the Segundo diccionario de los catalanes de México (Institute of Catalan Studies), by Gemma Domènech, Salomó Marquès, José M. Murià and Angélica Peregrina.

In performing arts, the theater award went to Òscar Intente with La idea d'Europa, by George Steiner; the one for dance has been for Malditas Plumas, by Sol Picó; the best pallaso show has been won by Gran Reserva, by Rhum