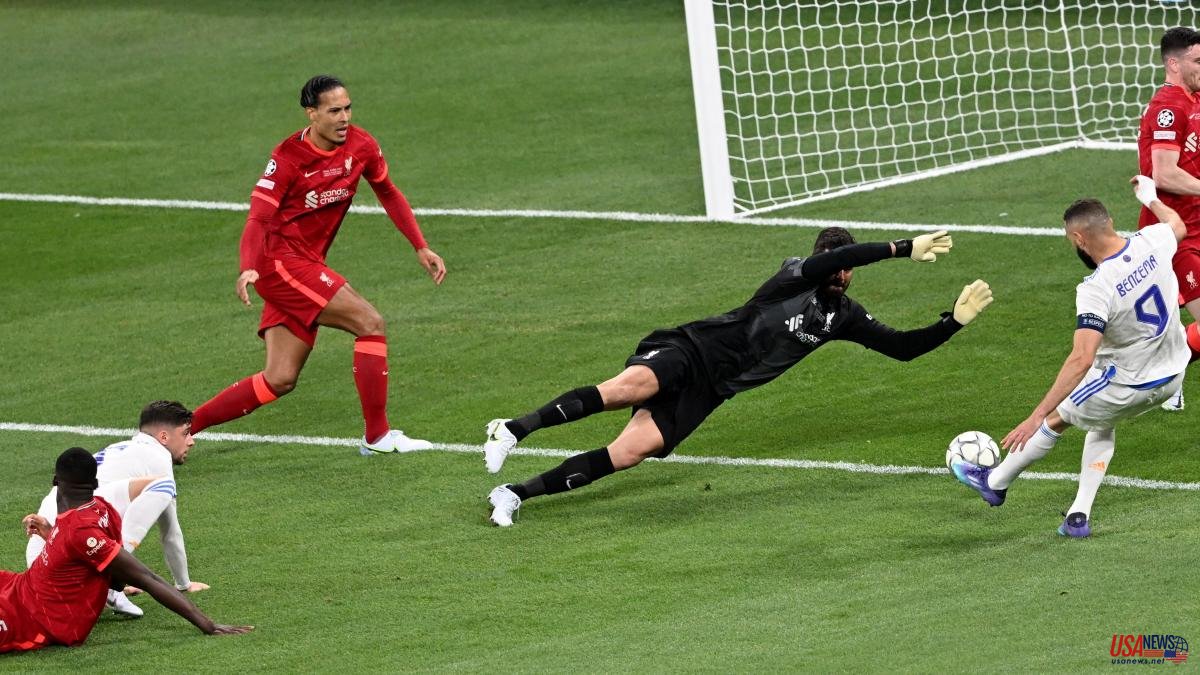 Real Madrid had barely approached Alisson's goal. He hadn't shot on goal as half-time loomed at the Stade de France, watching as rivals Liverpool did. Moments before Clement Turpin pointed the way to the changing rooms, Karim Benzema appeared to ignite the debate in the Champions League final.

A goal by the French striker generated the first controversy of the night in Paris. It was the 44th minute when Benzema turned his back on the defense and sat down the net goalkeeper. The ball escaped the white striker, but he was lucky that Alisson and Konaté failed to deflect the ball. He was left loose and in the fight between Fede Valverde and Fabinho, along with Konaté, the ball was accurate for Benzema to score at will.

The arbitration team initially signaled offside, but the play was reviewed by the VAR. From the arbitration room they spent three minutes analyzing the action.

They interpreted that Valverde touched the ball forward when Benzema was in an illegal position. It was inadvertently deflected by Fabinho, but there was no control of the ball by the Brazilian player and it was not a clearance either.

"If the ball is deflected from a defender and he does not do it deliberately, it is offside. Only when a defender deliberately plays the ball is it not considered offside," says the regulation. In social networks, the specialists agreed that the goal was well disallowed.