The publishing house Libros de Vanguardia closes the year with nine titles that we could describe as demanding, that provide tools to understand our times, but that are also reader-friendly, which is how easy-to-read books are called in America. 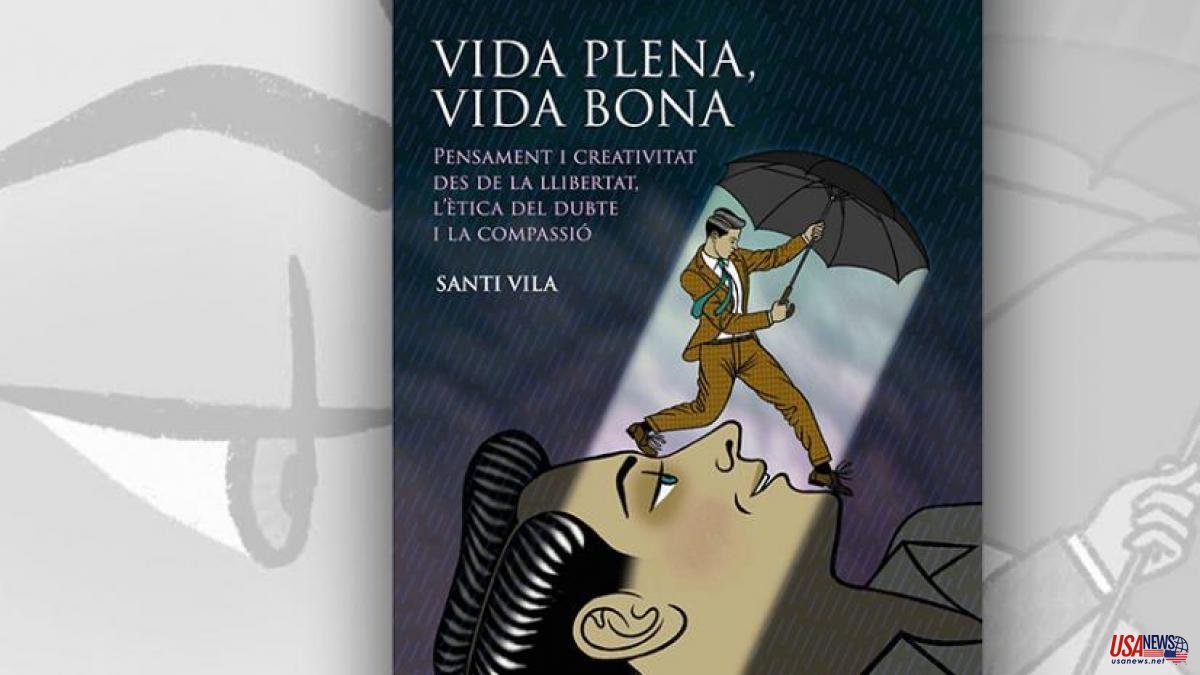 The publishing house Libros de Vanguardia closes the year with nine titles that we could describe as demanding, that provide tools to understand our times, but that are also reader-friendly, which is how easy-to-read books are called in America.

The first one deals with ethics and demonstrates that a personal position in this regard is not only the basis of a better society but of one's own personal happiness. We are in a world where people consume life advice on the networks, sometimes giving credit to dubious characters. In Vida plena, vida buena, published in Spanish and Catalan, Santi Vila argues that freedom, doubt and compassion should guide a serene reflection on the decisions to be made in the face of life's dilemmas. All the controversies that ignite the media gatherings are dealt with clear-sightedness here, from the culture of cancellation to gender debates, with references to key authors and illustrated with concrete examples.

This was followed by a book that was small in format but ambitious in purpose. Time goes by very quickly and we do not realize that we have already traveled almost a quarter of the 21st century. José Enrique Ruiz-Domènec hits the nail on the head, delimiting a period that starts with 9/11 and the subsequent invasion of Afghanistan until, precisely, the takeover of Kabul by the Taliban in 2021. The main contribution of Brief History of the 21st Century is define the singular color of these years, marked by populism or mass digitization. Just reading the index is already a history lesson.

In March a work was launched that has been a publishing phenomenon, especially among tennis fans, but also sales in general. This is the biography Orantes: from the barracks to the podium, by Félix Sentmenat, who has spent several years talking to the tennis player and threading a story of personal improvement that deserves to be mandatory reading in sports schools. The prologue is given by another tennis player, the only Spaniard who surpasses him in titles, Rafa Nadal, and closes with thirty testimonials from other tennis players who knew him, from Björn Borg or Ilie Nastase to Manolo Santana.

The Sant Jordi Day contrasted with the war in Ukraine, which sprouted like a poisonous mushroom in a garden. It seemed that a madman had entered the room with the red button. But it was not like that, everything has its explanation, not its legitimacy. This is where the essential book by Xavier Mas de Xaxàs connects The tree of the world: a journey along the paths of violence and progress that have led to Ukraine, which, as he has recently shown in his articles, gives the keys to understanding how Western politics it also has its responsibility in the drift of Russia. It is a book that mixes his experience as a war reporter and the analysis of the often invisible threads of geopolitics.

But May would have to be the month with the most disruptive novelty of the year, due to its unusual and ambitious nature. Only today that we have learned to accept the extraordinary diversity of the human race, which jumps all the fences of normality, could someone undertake the world history of the disabled, both their contributions and the cruel repression they have suffered. In Different, the journalist Gian Antonio Stella allows us to revalue "the precious box" that these different people house inside, with the most relevant historical cases of each disability.

In June the most casual and hilarious book arrived, by the "dean of divorced journalists in Catalonia", This round is paid by me, by Joaquín Luna. Its purpose, however, was not simple: to summarize the changes that the night has undergone, how we have gone from the bar to the gym and how the networks have diluted a world of yesterday where real people tried to talk and have drinks with also real replicas, in person mode and located in the same physical space. The subtitle summarizes the content: “A personal chronicle of the night: boom, agony and fauna”.

After the holidays, the novelty came from the cultural journalist Sergio Vila-Sanjuán, who has enough flight hours to overturn a gallery of creators that would constitute an Olympus of high culture on their own. The grace of Vargas Llosa takes the stage and other profiles of writers and artists that I have learned from is that we can enter the workshops, studios and thoughts of great creators and share with them the emotion and beauty. Here the index stands out for its exuberance, with more than seventy names: Atwood, García Márquez, Pérez-Reverte, Tom Wolfe, Miquel Barceló...

In October, Màrius Carol took over to raise the torch of journalism, what it was and what it is today. A career spanning half a century, from intern to director, going through all the steps, leaves room to extract the essentials of the profession and illustrate it with anecdotes and characters of all stripes. It's about Stories of the scoundrel: how journalism has changed and how we have done it, a living portrait of a profession that the reader will not be able to leave until consuming the last page. With moral: "The truth is more necessary than ever."

To close the season, a reference work arrived. It could have been titled "The Economy, Stupid" because it goes to show that the current confusion and disillusionment with progress comes from the ups and downs of economic policy. The author: Ramon Aymerich. The title: Global disenchantment: From neoliberal euphoria to the questioning of globalization, war and the climate crisis. Not only does he dissect the key stages since the fall of the Wall, when the world got excited about what seemed like the beginning of a golden era of peace, he also remembers the economists who set the course with their recipes, with their own names, surnames and theories . What I or you could find on the internet after a month of work in front of the Explorer discerning the main sources of the streams.