Tadej Pogacar's bad days resemble the best of any other cyclist. 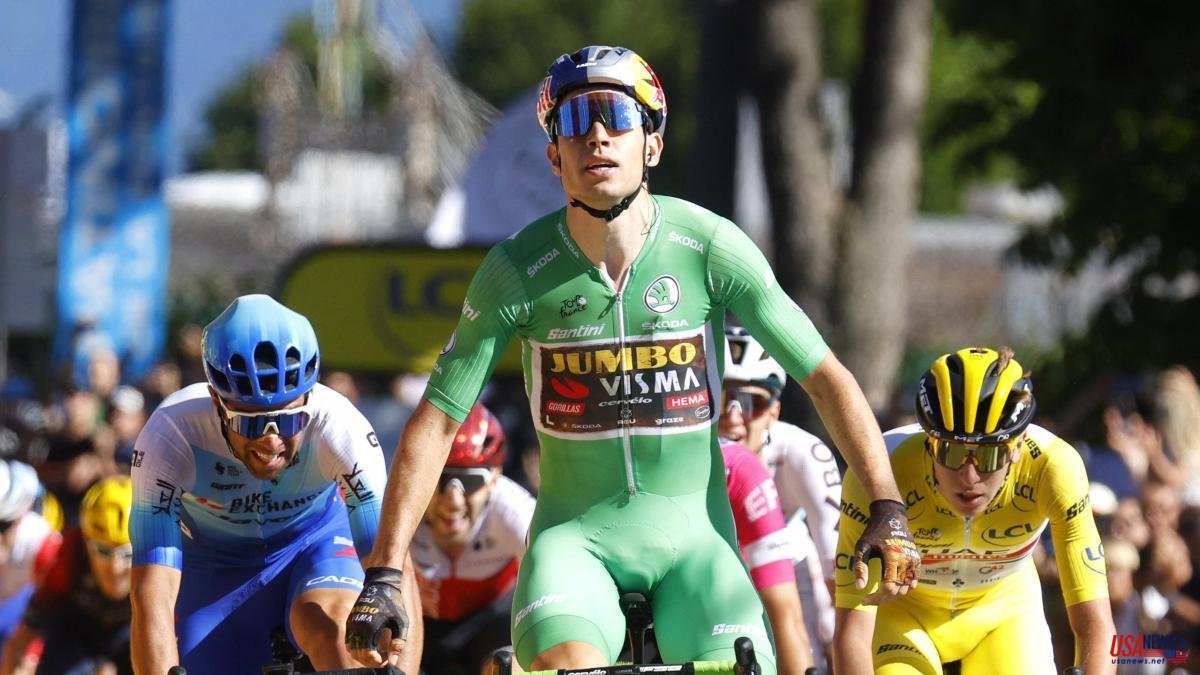 Tadej Pogacar's bad days resemble the best of any other cyclist. The leader of the Tour took a couple of scares in the eighth stage, on the way to Lausanne. The first came before leaving when his partner Vegard Laengen could not take the start after testing positive for covid. An inconvenience in the face of the two weeks that are missing. The second shock happened already with the race underway when a fall by Vermaerken caused the Slovenian to go to the ground, along with Bardet and Quintana among others. Later, at the finish line, Pogacar tried to win for the third day in a row and could not. He beat Wout van Aert. But he was third in the sprint and is more of a leader thanks to the bonus. Even when he loses he seems to win.

Pogacar lives such a sweet moment that it poses unlikely challenges. Only in this way can a cyclist who aspires to wear the yellow to Paris try to equal a sprinter's record, perhaps the most charismatic there has ever been, Mario Cipollini. Il Bello was the last to win three stages in a row in the Tour. It was in 1999 and he was not satisfied with three, but there were four consecutive partial wins.

The Slovenian dreamed of it. He had it close. He again had the support at the end of McNulty and Majka in the 4 kilometer climb to the Olympic stadium in Lausanne. But a Jumbo claimed revenge for what happened the day before in the Superplanche de Belles Filles. Pogacar was able to beat Vingegaard but a day later Van Aert charged him.

The Belgian, leader of the regularity, who had already won in Calais, repeated and tied with Pogacar, skipper of the general. Last year, the two walked away with three stages each. In their particular duel, both have eight wins.

Five teams divide the eight stages. Three of those who have already won did the most to break down the breakaway of Wright, Cattaneo and Frison. The BikeExchange (for Matthews, who hasn't raised his arms on the Tour since 2017) and the Jumbo (thinking of Van Aert) quickly agreed to control the difference and end the adventure 3.5 meters from the finish line. The third squad was the UAE of the almost infallible Pogacar, who put McNulty and Majka to work and finally came third behind the Belgian and the Australian, two men much faster than him. Of course, the Slovenian can boast of having increased his advantage over second overall to 39. And that had to be a bad day.