Valladolid - Real Madrid: Schedule and where to watch the LaLiga game on TV

The ball starts rolling again in the Santander League after almost two months of hiatus for the World Cup in Qatar. 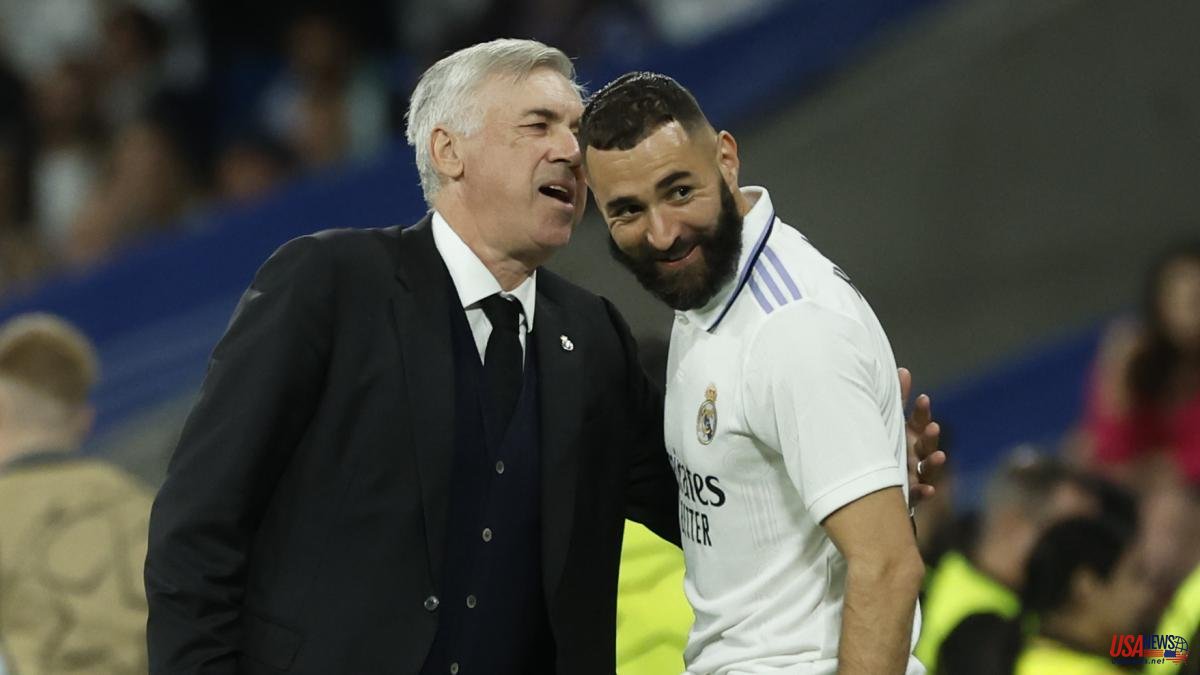 The ball starts rolling again in the Santander League after almost two months of hiatus for the World Cup in Qatar. The current champion of the League, Real Madrid, visits Real Valladolid with the intention of putting pressure on Barça, leader since November with two points ahead in the standings.

The main incentive for this match will be the return of Karim Benzema after the doubts raised by his sudden departure from the World Cup before the tournament started. The French forward, Ballon d'Or 2022, wants to close the year in the best way, since physical problems have been too heavy a burden since the season began.

Valladolid - Real Madrid corresponding to matchday 15 of the Santander League will take place this Friday, December 30 at 9:30 p.m. at the José Zorrilla stadium and will be broadcast by DAZN LaLiga. The La Vanguardia website will also offer live what happens during the clash between Valladolid and Madrid. Referee Munuera Montero, from the Andalusian committee, will be in charge of directing the match.

Muscular fatigue, discomfort and injuries have made him miss nine of Madrid's 21 games. His last participation in the white shirt dates from November 2, when he played 26 minutes against Celtic Glasgow in the Champions League. He missed the next four games and a World Cup that appeared on the horizon as his great goal, but it vanished.

The rival is the blanquivioleta team chaired by a former white player, the legendary Ronaldo Nazario. Valladolid reached the break after adding nine points out of 15 possible. Benzema will lead the attack together with his best partner, Vinícius.

Carlo Ancelotti will have the Croatian Luka Modric and the Frenchmen Aurelien Tchouaméni and Eduardo Camavinga, who joined training sessions after the World Cup in Qatar on Thursday, but the Italian coach said at a press conference that he will give "priority" to those who have more time training in Valdebebas.

The bet in the center of the field will be Ceballos with Kroos exerting more of a pivot and with Fede Valverde to reinforce the midfield. In defense, Nacho could win the game over Militao and Rüdiger, since he has been working at the Ciudad Deportiva for longer.

Pacheta, coach of the Pucelano club, did not give too much importance to the rival they are going to face since, as he pointed out, "all games are prepared the same, whoever the opponent is", although he is aware of the "level and quality". that Real Madrid players treasure and, in this sense, he has clarified that his footballers "know what their qualities are and they have studied how to combat them".

In his opinion, the key to being able to surprise Ancelotti's men is to "stay very close together in defence, to nullify their speed and the ability to play between the lines of people like Benzema, and to be brave in attack, seeking to surprise them in transitions, although there are few teams that have managed to do it".