Valladolid fishes in the madness of the Coliseum

Goals, penalties and a lot of emotion. 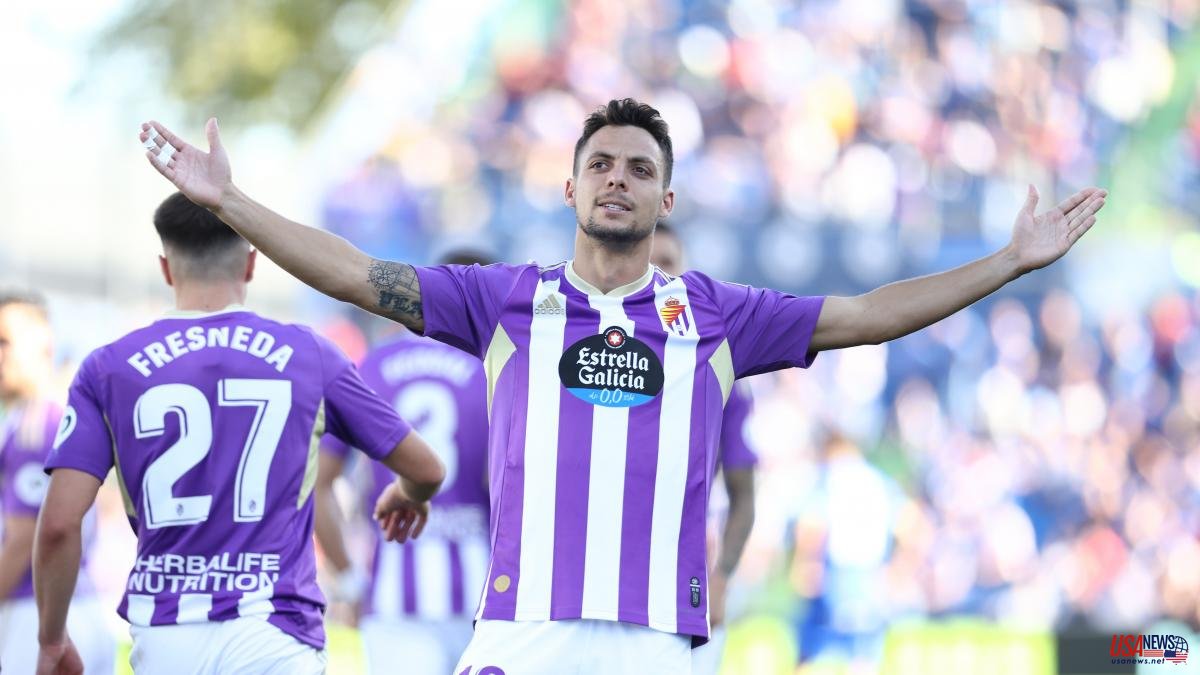 Goals, penalties and a lot of emotion. Getafe and Valladolid offered a remarkable show, one of those that their coaches don't usually like, in a game of constant script twists in which anyone could win. The Pucelano team was the most resilient to take three points (2-3) that keep them from relegation. Although the outcome could have been very different if Enes Unal had scored a penalty just over a quarter of an hour from the end.

At the Alfonso Pérez Coliseum, two teams with opposite tendencies faced each other. Getafe had added two consecutive wins, unlike its rival, who came to this duel after conceding two defeats. The meeting soon fell apart. Aguado leaked a great pass and Djené brought down Gonzalo Plata when he was about to shoot on goal. The referee signaled a penalty and Sergio León began with the Pucelana party.

The reaction was furious from Getafe, owner of the match from the pucelano goal. First, it was Borja Mayoral who made his debut this year after a pen play in which Arambarri assisted at the far post. Three minutes later, a long ball from Duarte was controlled in a fantastic way by Damián Suárez with his chest and he went “to the kitchen” to beat an unlucky Masip in one-on-one.

Oscar Plano grazed the goal with a long shot before Sergio León equalized with a great first shot from inside the box. At the break, both technicians had many things to correct. Especially in defense. But the chances would continue to come after the restart. Goals only raised one to the scoreboard, that of Oscar Plano, who connected a strong shot from distance that surprised Soria.

Getafe would have several options to level the match. The clearest was the penalty for clear hands by Aguado. Masip guessed the launch before the soft shot of Enes Unal. Shortly after, Mayoral tested the Catalan goalkeeper again with a shot from the edge of the box. And already in the discount the Turk tried it with a Chilean but the ball went high.

With this result, Valladolid takes a breather and reaches Getafe in the standings. With seven points in seven games, both teams are recognized as candidates to suffer, although if it is like this afternoon's match, their fans will enjoy much more than expected.

Referee: Alejandro Muñiz Ruiz (Galician Committee). He admonished Soria (m.69), from Getafe; and Kike Pérez (10), Joaquín (13), Aguado (72), from Valladolid. He also booked Weissman (73), from Valladolid, who was on the bench.

Incidents: match corresponding to day 7 of the Santander League, played at the Alfonso Pérez Coliseum in Getafe (Madrid) before 10,958 spectators.