Valencian companies with a board of directors pay their employees more

Enrique Careaga, CEO of Industrias Alegre, had spent three decades working for a German multinational before joining this Valencian automotive company, which is also a family business. 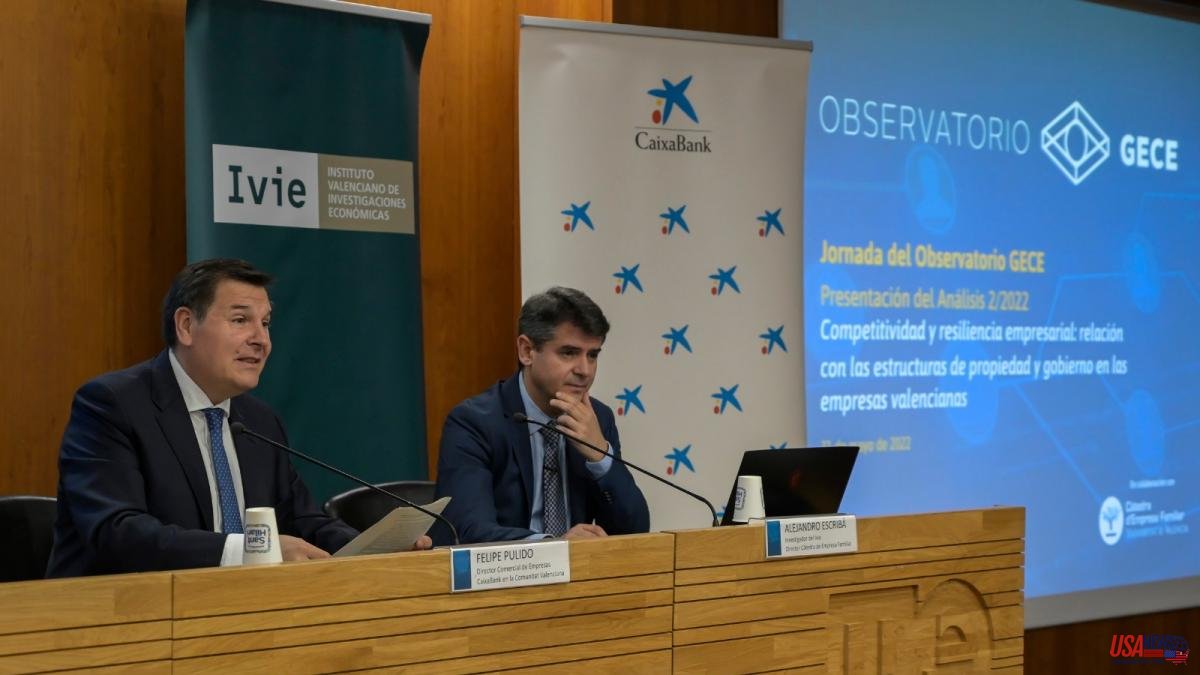 Enrique Careaga, CEO of Industrias Alegre, had spent three decades working for a German multinational before joining this Valencian automotive company, which is also a family business.

"The first question that a family business has to ask itself is whether it is more of a company or more of a family," says the manager, one of the two speakers that the GECE Observatory invited yesterday in Valencia to explain his experience as an example of professionalized management in companies.

The other participant was Enrique Sanfélix, attached to the general management at Grupo Huevos Guillén, another family business that decided in 2009 to incorporate a professional profile like his to its management. “One of the fears of family businesses is that they wonder if they include directors, that will give them problems with control of the company. In our case, the boards of directors talk about business issues and when we have to talk about the family, I get out, ”explained Sanfélix, who does not have a vote in those meetings in which he actively participates.

Both managers spoke about productivity, challenges and daily management in the presentation of the report prepared by the Ivie and CaixaBank under the title Competitiveness and business resilience: relationship with ownership and governance structures in Valencian companies. This concludes that only 17% of Valencian companies have professionalized management, compared to an average of 20.8% in Spain.

And it is not trivial, says the report, for various aspects, among which the attraction of human resources stands out, since those that are professionalized attract more talent because they pay higher salaries, a detail explained by Alejandro Escribá, an Ivie researcher and director of the Chair of Family Business, which in the ceramic and footwear sector is "quite remarkable".

As a whole, 62.2% of the companies in the Valencian Community are controlled by a majority shareholder and are managed, as Escribá described, through mechanisms based on personal decisions. “The prevalence of companies with personalized systems is very large. There is a lot of work to be done because it is an opportunity for us to evolve and serve as a vector of competitiveness, of harnessing talent, among others”, assured Escribá yesterday, who was in charge of explaining the report.

Likewise, the researcher defended that "the key for companies to grow is in good governance, that alternatives are discussed or good decisions are made with professional criteria". His statements are also understood as a result of the report, which contrasts the profile of the Valencian companies that have and do not have a board of directors. The latter reflect worse indicators.

The former are larger, more competitive, export more and have more subsidiaries abroad. Focused on industrial and service companies, the study explains that the former account for 85% of income and private employment in the Valencian Community.

In addition, the industrial and service companies that have this decision-making body have an average age slightly higher than those managed through other forms of government (23.9 years compared to 19.4).