France was the guest country yesterday at the celebration of the Night of the Valencian Economy, organized by the Valencia Chamber and attended by representatives of more than a thousand companies. 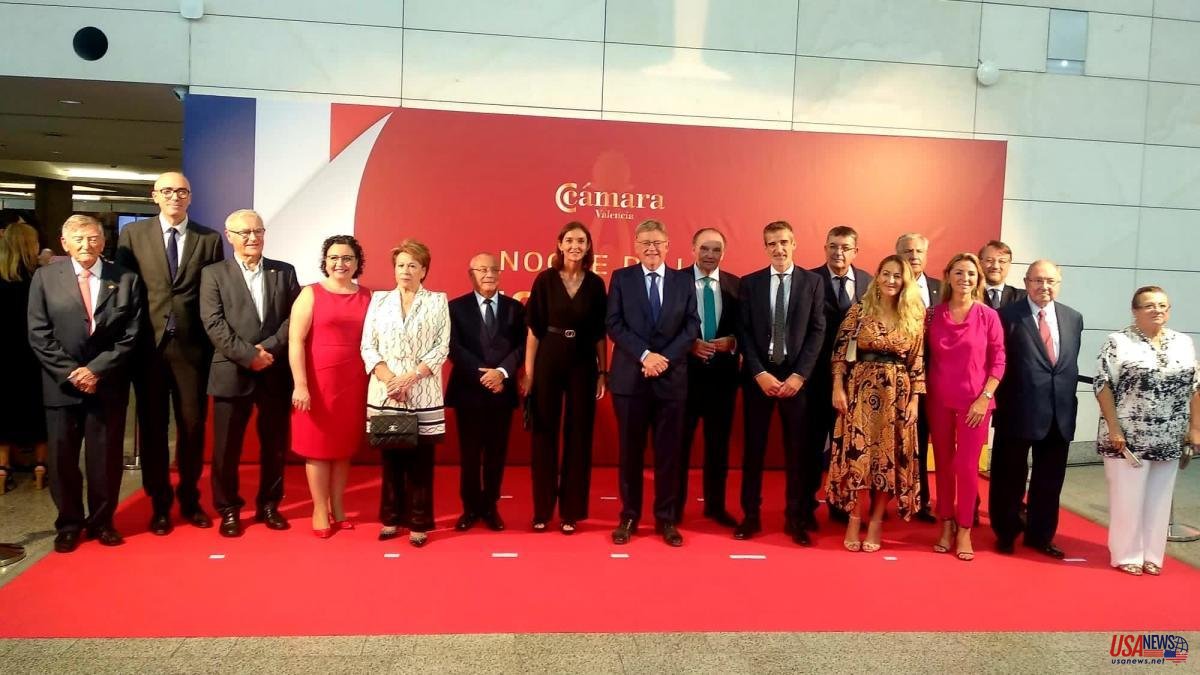 France was the guest country yesterday at the celebration of the Night of the Valencian Economy, organized by the Valencia Chamber and attended by representatives of more than a thousand companies. The event started with a concert of chanson française to set the tone for the tribute to the country that is the first client country of Spain and the Valencian Community and the second supplier country of the Spanish market and fourth of the Valencian one.

Last year, commercial relations between the Valencian Community and France reached 6,223 million euros, according to José Vicente Morata, president of the Valencia Chamber. However, the businessman explained, the Valencian industry "continues to work and export, despite the brutal increase in energy costs that are unaffordable in the short term".

For this reason, as was already requested in his meeting with President Puig last week, Morata alluded to the Minister of Industry, Reyes Maroto, present at the meeting, to remind her that companies live in a scenario "of great uncertainty" because "the energy costs and some raw materials are having an impact on our companies, especially in the most energy-intensive industries".

Thus, Morata called for new agreements - "on energy, essential and urgent, agreements on taxation, digitization, education, on the ecological transition and agreements on vital infrastructure for our economy such as the Port of Valencia and the Mediterranean Corridor "- but also recalled the importance of regional financing.

For her part, Minister Reyes Maroto, alluding to the great Valencian projects, assured in her speech that the central government will support Ford "in all the present and future investments it makes in Spain".

The president Ximo Puig and the vice-president Aitana Mas attended, as well as the president of Les Corts Enric Morera; the representative of the Government in the Community Pilar Bernabé; the president of the Provincial Council Toni Gaspar; the mayor of Valencia Joan Ribó and the councilors of Hacienda, Arcadi España; Justice, Gabriela Bravo; Sanidad, Miguel Mínguez; Economy, Rafa Climent; Territorial Policy, Rebeca Torró and Agriculture, Mireia Mollá.

The figures also show how the commercial exchange between January and June of this year accounted for 14.9% of the exports of the Valencian Community and 20.9% of imports. There are a total of 3,202 Valencian companies that sell their services and products in the French market, with a gradual increase in the last six years. Mainly the French market buys in the Valencian Community fresh fruits, ceramic products and vehicles.

On the other hand, the Valencians imported from France vehicles, foundry materials, iron and steel, as well as plastic materials and their manufactures, mainly. In addition, there are 93 Valencian companies established in France and 52 of them are from the province of Valencia.

According to the Valencia Chamber, geographical and cultural proximity gives Valencian companies a competitive advantage in traditional sectors such as tile, agri-food, products for the hotel and restaurant channel; fashion and footwear, despite being a mature market, which "implies the need for quality and innovation in exported products", assumes the entity.

With this economic portrait there is still a margin of opportunity, a window that is opening despite the crisis for habitat companies, for the elaboration of gourmet products or for those of chemical products.

All in addition in a context of certain misgivings, since the invitation comes at a tense moment for relations between Spain and the neighboring country due to its president's rejection of MidCat as well as the blockage of the advance of the Mediterranean corridor, the great infrastructure that it claims the Valencian Community; both with great repercussion in the Valencian economy.