Uwe Seeler and the art of unsightly goal scorers 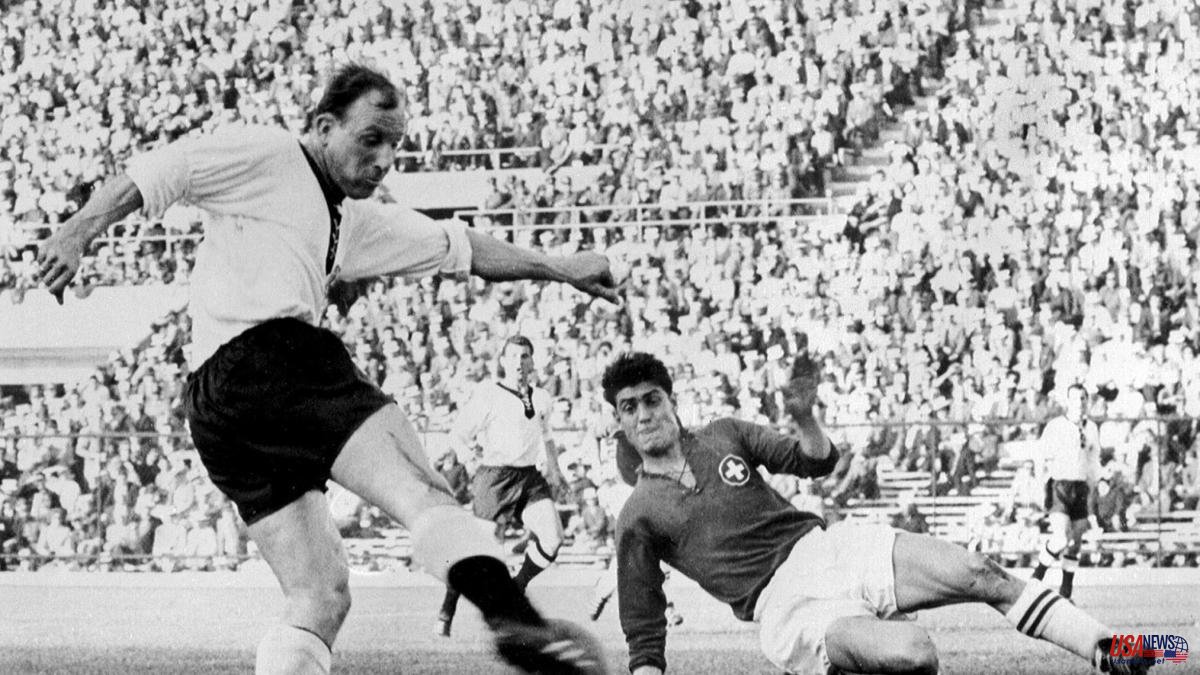 1.70 meters tall, very low center of gravity, a huge number 9 on his back and a receding hairline almost since his debut. Uwe Seeler, who died last Thursday at the age of 85, was the opposite of the paradigm of the German footballer, traditionally large, with blond hair and an imposing presence. To instill respect in the opposing defenses of Germany, this small striker was not enough with his appearance, as Robert Lewandowski or Erling Braut Haaland recently were. Seeler generated panic in his opponents based on goals. Beautiful, ugly, orthodox, acrobatic, speed, opportunistic, header goals. Goals, after all.

Many people remember Gerd 'Torpedo' Müller as Germany's great historical striker, perhaps because of his even less aesthetic appearance than Seeler's, because of his successes with the national team or because of Lewandowski's struggle in recent years to surpass him as top scorer in a single Bundesliga season. The one from Hamburg was his predecessor, the one who set the precedent for the small and elusive striker in Germany. Taking into account the era before the Bundesliga was founded in 1963, Uwe Seeler is the top scorer in the history of the country's First Division, with 404 goals, to Müller's 365.

However, despite his unsightly resemblance to the Bayern Munich striker, the Hamburger was one level above in the technical section. While the 'Torpedo' was a center forward in the area, incomparable within that rectangle but very limited outside it, Seeler felt much more comfortable appearing in positions close to the center of the field, associating himself with his teammates and generating goals of a very varied nature. .

His appearance, unlike in the case of Müller, did not represent his football. With powerful legs, his short stature did not prevent him from being a great header. He was quick and skillful with the ball at his feet and showed a great reading of situations, both near and far from the rival goal. But both went down in history for the same thing: scoring goals. In Hamburg, his figure is the most legendary. With the 'dinosaur' shirt he saw the door on 490 occasions, in a total of 579 games played. To say that he is his all-time leading scorer is a no-brainer.

He conquered the Oberliga, a name that received the highest category of German football before the foundation of the Bundesliga, in 1960; and a Cup in 1963. He was also runner-up in the League twice and in the European Cup Winners' Cup in 1968. With the German team, with which he played four World Cups and a total of 72 games, in which he scored 43 goals, he has not conquered no title. At the gates he stayed in 1966, when Germany fell to England in extra time in the final 4-2.

His poor track record does not do justice to his brilliant football level. With Hamburg he is an icon, with the national team as well, the protagonist of great moments, such as the comeback against England in the quarterfinals of the 1970 World Cup, in which he was the author of the tie in the final moments with a header from backs to the English goal in an unlikely foreshortening. In that World Cup, in which he was not going to participate after announcing his retirement from the national team at the age of 32, in 1968, Helmut Schön ended up joining him with Gerd Müller in what was an explosive and controversial attack in equal parts .

Explosive because it was about bringing together the best scorer in Germany so far with the one who was called to be his successor. Controversial because the young man did not accept being under the shadow of the old man. Schön gave Seeler the '9' and Müller protested. "Children's things", according to the one from Hamburg. The relationship seemed far from positive for the national team.

However, on the pitch, they catalyzed their anger in the form of goals. In total, ten from 'Torpedo', the true leader of the team, and three from Seeler, who acted from behind, freely, and who thus became one of the privileged few to score in four World Cups. They fell in the so-called 'game of the century', in the semi-finals against Italy 4-3, but who knows what could have happened in a hypothetical final against Brazil, arguably the best team in the history of football.

After retiring, Uwe Seeler was president of Hamburg between 1995 and 1998. He is, along with Fritz Walter, Franz Beckenbauer and Lothar Matthäus, honorary captain of the German national team, a category that the DFB awarded him in 1972. The DFB itself, the national team Women's, Hamburg and even German Prime Minister Olaf Scholz remembered the legendary striker on the day of his death. The players of the club of his life went to bring flowers to the statue of Seeler's foot, next to the stadium. Perhaps not the finest or most aesthetic foot, but the highest scoring foot in Germany.