US to investigate police response to Uvalde shooting

The US Department of Justice announced today that it will conduct a review of the police response to the school shooting in Uvalde, Texas, which left 21 people dead. 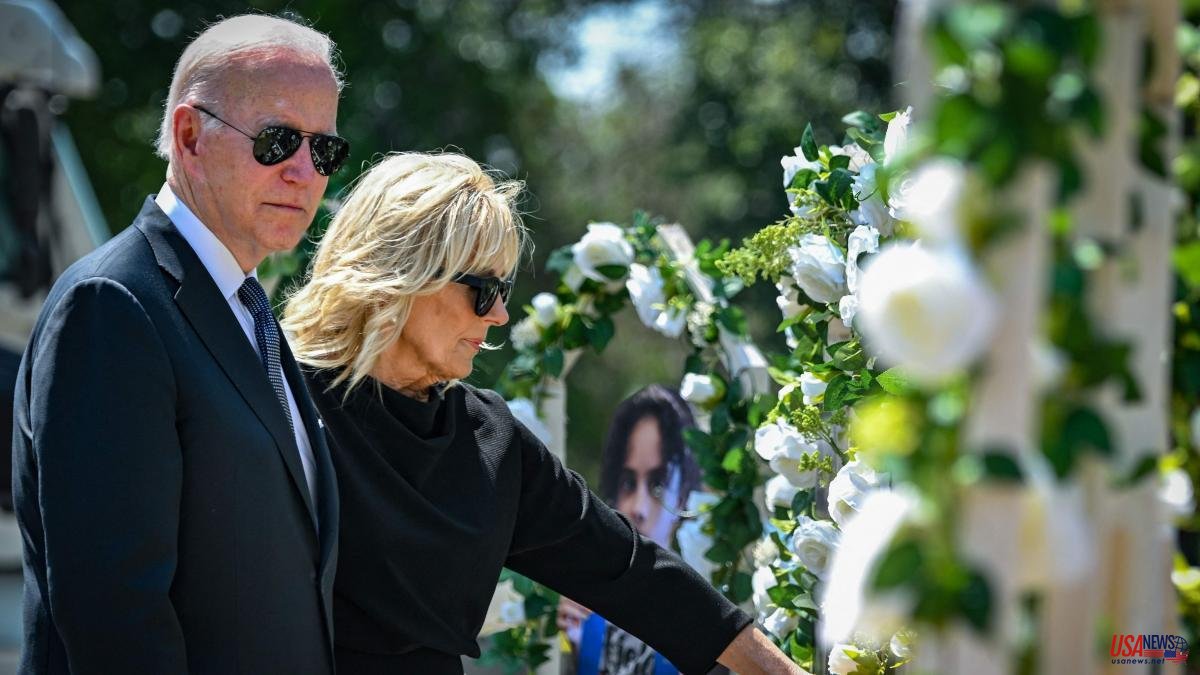 The US Department of Justice announced today that it will conduct a review of the police response to the school shooting in Uvalde, Texas, which left 21 people dead.

"The goal of the review is to provide an independent account of law enforcement actions and responses that day, and to identify lessons learned and best practices to help police officers prepare for and respond to active shooter events," department spokesman Anthony Coley said.

For his part, the President of the United States, Joe Biden, has already arrived in the city of Uvalde to bring his empathy to the people who lost their loved ones in the fatal shooting that killed 19 children and two teachers. and that shocked the United States, reigniting the debate on firearms.

Mckinzie Hinojosa, whose cousin Eliahana Torres was murdered on Tuesday, has explained that she respected Biden's decision to cry with the people of Uvalde, although for her it is not enough.

The president affirmed yesterday Saturday that it is possible to make the United States a "safer" place, and lamented that "in so many places, so many innocent people have died."

Nineteen children and two teachers died this Tuesday at the Robb de Uvalde school under the bullets of Salvador Ramos, just 18 years old, in one of the worst shootings in recent years in the country.

The 79-year-old Democrat, who lost two of his children, his infant daughter in a car accident and an adult son to cancer, spoke of his own suffering shortly after the killings. "Losing a child is like having a part of your soul ripped out," he said Tuesday. "Nothing is ever the same again."

The Biden couple have already visited the memorial erected in front of the elementary school in memory of the victims, before participating in a mass at noon.

In the afternoon, they will meet with the relatives of the victims and survivors of the massacre, and later with members of the rescue teams.

But Biden will hardly be able to promise action to those demanding tighter gun control. The too narrow Democratic parliamentary majority does not allow him to pass meaningful legislation on the issue alone. The elected representatives of his formation need to convince some Republicans to obtain the necessary supermajority.

The White House, reluctant to involve Joe Biden too much in the political battle, said on Thursday that it "needs the help of Congress," in the words of its spokeswoman Karine Jean-Pierre.

Negotiations are taking place there, and some elected officials consider it possible to implement more restrictive laws. Democratic Senator Dick Durbin explained that he perceived "a different mood" among his peers. It remains to be seen whether Republicans "will show political courage," he added on CNN.

The Uvalde massacre and the childish faces of its young victims once again plunged the United States into the nightmare of school shootings.