The World Cup has not started well for the neighboring countries of the Río de la Plata. 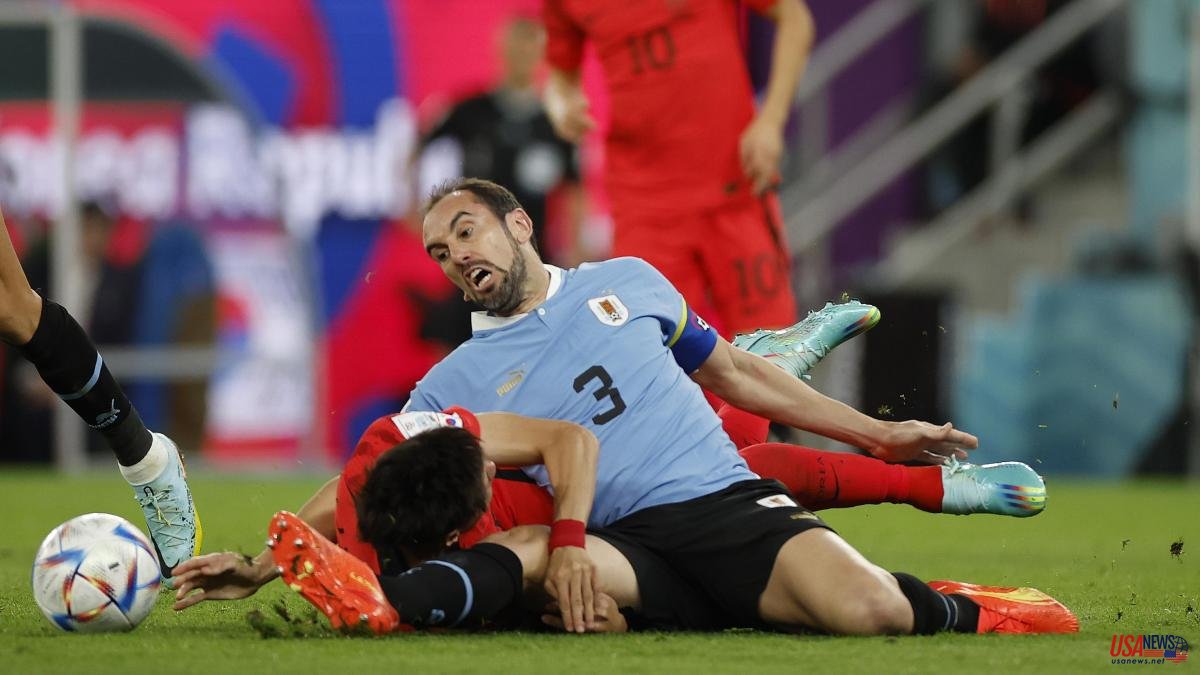 The World Cup has not started well for the neighboring countries of the Río de la Plata. To the surprising defeat of Argentina against Saudi Arabia was added yesterday the setback of Uruguay, which did not go beyond a goalless draw against South Korea, another team that is already a veteran in these games because it celebrates its tenth consecutive presence in Qatar in a World. It had been speculated that Ronald Araujo, the FC Barcelona defender, would play, but in the end he was not even called up.

For a golden generation of Uruguayan football, among which are illustrious Luis Suárez, Diego Godín, Martín Cáceres or Edinson Cavani (of the four, the latter the only one on the bench) and which has already highly contrasted youngsters such as Fede Valverde (Real Madrid) or Darwin Núñez (Liverpool), having to gamble now with Portugal, his next rival, on Monday, is not a tasteful dish.

After the first ten minutes where Uruguay prevailed with some clarity, the match was presided over by equality, with the Koreans giving the impression of being more dangerous with fast transitions that forced Godín and Giménez to multiply.

Although Korea had in Son, one of Tottenham's stars who played with a protective mask, their most incisive man, the first great opportunity was provided by Hwang Ui-Jo, who in a very good position outlined himself badly and shot a great pass over the crossbar Sang-Ho filtrate.

Uruguay with five midfielders did not feel comfortable in the game at any time. He did not know how to supply Luis Suárez with balls and in the entire first half he only reached the rival area twice with danger: a shot from Fede Valverde after good control that went high and, above all, very close to halftime, a header against Godín's post after a corner kick, an action that we have seen many times in his career in the veteran central defender now from Vélez.

The second part was more of the same, a deaf fight in the center of the field and two increasingly closed defenses. The fear of losing in the debut in the World Cup is usually to provide this type of second parts in the games that have not been broken.

Halfway through the second act the changes began. Diego Alonso removed Luis Suárez, practically unnoticed because a ball did not reach him in good condition, and put into action another veteran hardened in a thousand battles, Edinson Cavani, now at Valencia. Then Viña and De la Cruz entered and Uruguay seemed to take a step forward.

Korea also made three changes to refresh the team. Paulo Bento gave ten minutes to another acquaintance from the Spanish League, Kang in Lee, now at Mallorca.

In the 89th minute, Uruguay had its chance with a long shot from Fede Valverde, who has a hammer in both legs and this season has had enough of scoring goals for Madrid from outside the area. Valverde's shot hit the post. The reply was another shot from Son that went wide. The draw was fairly fair and leaves the contestants two more upset than happy.