Urán leaves Herrada without a double in the Vuelta

Spanish cycling has regained prominence in the Vuelta. 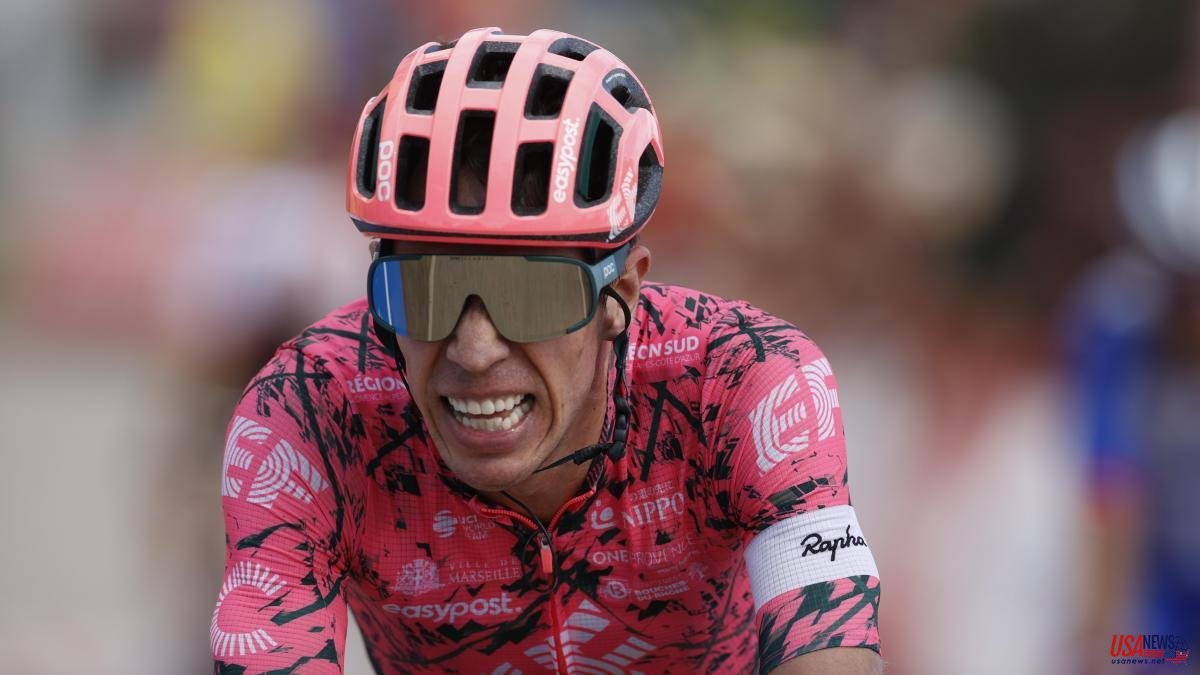 Spanish cycling has regained prominence in the Vuelta. After several years without victories and with Enric Mas as the visible head, this year there are several runners who are showing their faces. This is the case of Jesús Herrada, whom Rigoberto Urán deprived of his victory in the ascent to the Tentudía Monastery, where the 17th stage ended. The one from Cofidis lacked the strength to finish off the victory when he was leading the stage with 500 meters to go. The Colombian runner had more legs after a dizzying stage in which the cyclists accumulated 40 minutes ahead of the scheduled time.

Movistar also showed ambition. Without Roglic in between, this seems like a great opportunity for Enric Mas to win his first Vuelta. For this reason, on arrival they impressed a very strong rhythm in the peloton to prepare the Majorcan's attack. However, the terrain was not conducive to lowering the Evenepoel leader, the port of the Tentudía Monastery had ramps of 5.1% on average. There are now three propitious stages for an ambush by the Spanish trio, made up of Mas, Juan Ayuso and Carlos Rodríguez, the only ones who can prevent the Belgian from winning.

From the beginning of the stage (162.3 km) it was clear that the escapees would have a lot to say. The pace was hellish. A total of thirteen runners, including Jesús Herrada and Marc Soler, made their way quickly thanks to the constant ups and downs of the route. At the foot of the port they had 7 minutes, which assured them that the victory would be for one of them. Lawrence Craddock was the first to attack. He did it up to three times and got a few seconds. But from behind both Urán and Herrada were able to catch up. They were joined by Gesbert, Champousin, Passer, Elizonde and Mar Soler.

With two kilometers to go, Herrada attacked, seeking glory again. No one responded right away and it looked like he might get there. Urán reacted and was closing the distance until, with 250 meters to go, he surpassed him and Herrada no longer had the strength to react.

From behind, in addition to Enric Mas, Juan Ayuso tested it, but Evenepoel left no room for doubt. In fact, he sprinted so hard that only Mas could enter the finish line with him.